Some thoughts on information and meaning (2)

This post is something of a speculative exploration of the relationship between “information” and “meaning”. I wondered as I conceived it whether anyone would find it useful, but in fact Sy Garte’s comment on Merv Bitkofer’s post seems to lead straight into it, so maybe it will lead to some fruitful reflections.

My last post was about the difficulty, or as I concluded the logical impossibility, of defining what we all usually mean by “information” scientifically, because it’s an inherently teleological, immaterial concept. I attempted a non-scientific definition thus:

“Information is a communication from a sender intended to produce a particular effect in a receiver” (Definition of “Humpish Information”).

Whether my ideas on information satisfy you or not, it seems uncontroversial, from the work of Shannon on a more general concept of “information”, that the key element of all information is the restriction of possibilities. Thus a random string of digital bytes of Shannon information excludes every other such string. A mathematical equation describing some set of scientific data (aka a law) by that token excludes all other alternatives, and tells us something about the restrictions, or specifications if you like, God put on his Creation. And the sentence I quoted in my post,

Matthew 22:37 – Jesus said, “Love the Lord your God with all your heart, mind, soul and strength,”

imposes all kinds of restrictions about its literary source, who said it, and who and how one should love. “Humpish information”, then, is about a sender focusing the receiver’s attention on one (or at most a few) things in an infinity of possibilities. What that focus is constitutes the precise meaning of the message.

But in other discussions of information in the natural world – for example in the books of Paul Davies and William Dembski – I’ve often had the nagging feeling that this “restrictive” idea of information (which theologically speaking differentiates what God might have done from what he actually did) isn’t the whole story, as it makes the universe seem a giant mathematical algorithm. Indeed Davies and others have toyed with the conception of the universe as a computer, and its history as a computation. 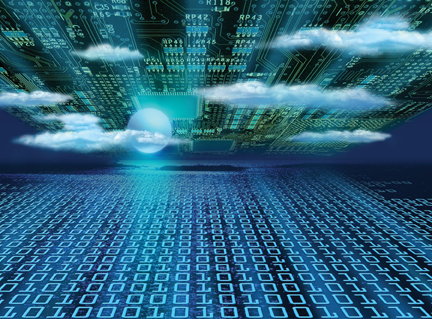 But Sy’s comment picks up on the myopia of this. He describes that the scientific enterprise has painstakingly extracted from nature the information about how photosynthesis works, and whilst “Professor Garte’s” insistence that students should know “everything” about it might have been hyperbolic, science has certainly built up an increasingly full understanding of what it is – by excluding the myriad of things it isn’t.

But Sy goes on to speak of the broader picture of plants and their role, of which knowledge of chlorophyll and so on contributes only a miniscule part (comparing it to my illustration of C S Lewis’s assertion that a star is more than what it is made of). In this, Sy is beginning to explore the meaning of the tiny piece of truth that an understanding of photosynthesis has distilled from nature. Paradoxically, that meaning turns out to increasingly expansive in character, whereas “Humpish information” is essentially restrictive.

To take my example of the Greatest Commandment, our initial understanding comes from focusing on the grammatical and verbal restrictions that make it a true word from God to guide our behaviour. But its meaning is increased when we place it in the context in which Matthew places it (remember the preacher’s sound adage: “a text without a context is a pretext for a prooftext”). And then again we will comprehend vastly more as we place it in the context of Jesus’s whole ministry; and there will be another quantum jump in meaning once we are in covenant relationship with Jesus ourselves, and we begin to know spiritually and experientially what the love of God is.

The meaning increases more still as we realise that the commandment comes through Jesus from the Old Testament (thus contextualising Jesus’s ministry in God’s whole salvation history); and then, perhaps, through the realisation that Jesus goes on to say that the whole law and prophets “hang on” this (and the second) commandment, its meaning is extended to include every jot and tittle of the law, and every prophetic utterance in the Bible. Suddenly the restrictions focused by the information in that commandment are expanding out again exponentially.

Then there are more individual levels of meaning. For example, when I read that command, a thought flashes briefly to remind me that in Jesus’s world “heart” was the seat of reason more than the emotions, modifying my modern sentimental understanding of “love”. Perhaps from now on it will also remind me of my granddaughter’s holiday club (and so of her potential commitment to Christ and my responsibility as a grandparent to assist it); and also of this series of posts, so that the Great Commandment becomes part of my understanding of the meaning of reality itself.

There would seem to be no absolute division between such private meaning and the more public understanding of the sentence: for example if I, as a preacher, speak from a heart bursting with the experience of the glory of a God who deserves that degree of response from us, then it becomes part of my congregation’s understanding, too. One might picture a vast library somewhere in God’s heaven containing a myriad of books on “the meaning of Matthew 22.37”. More accurately, that universe of meanings is fully known to God himself in eternity, and no part of it is more or less important to him.

The scientific enterprise is an example of teasing out the most restricted items of information from nature (the data), and then integrating them through expansive theory to understand what they mean within the scheme of the cosmos. As we’ve been discussing in recent posts here, science only manages the scale of the task by restricting its own field of operations – restrictions that are bound to be arbitrary in terms of how they map to reality, and which certainly make the concept of a scientific “theory of everything” laughably unrealistic.

No such artificial restrictions, however, apply to us as human beings – nor to God, who is the ultimate source of all “information”. I stressed in the previous post how information is bound up primarily with the sender and his intentions. Meaning, however, is primarily the business of the receiver of information, as it is the receiver who discerns, more or less by conscious deliberation, that a piece of information is “about” some other piece of information, thus building up such a network of meaning as I have described. And so, in the same way as “Humpish information”, meaning involves both intensionality and intentionality – aboutness, and purpose: it is teleological, and so is equally impossible to define in scientific terms.

What I’m trying to describe is a two stage process of communication – first comes God’s concentration of his truth into all the pieces of information he makes available in his creation – whether that be cosmological constants, the natures of each of the species of creature, the prophetic utterances of Scripture (not to mention the words of literature, the notes of music, the “improvised wisdom” of ordinary folks in conversation, the cries of those who suffer, the joy of new life, etc, etc, etc). And secondly, as those are rightly received by rational humans, comes their integration into a meaning that extends out to embrace the whole universe. The more complete that apprehension of meaning becomes, the closer it approaches to the mind of God – who knows all truth before he begins to divide it up into the “units” of information. In this way, the world brings us into communion with God.

One could look at it as a kind of divine jigsaw puzzle: the integration of individual pieces of information build up to an understanding of the mind of God; that is if we have the right key to deciding how to interpret the information, or else we’re likely to be building up a false universe. But the jigsaw analogy is faulty to the extent that it implies that none of us can gain anything more than a microscopic and, probably, meaningless part of the picture, as if we could assemble just one tree in a jigsaw landscape – or worse still, part of a tree, part of a house and a bit of cloud. 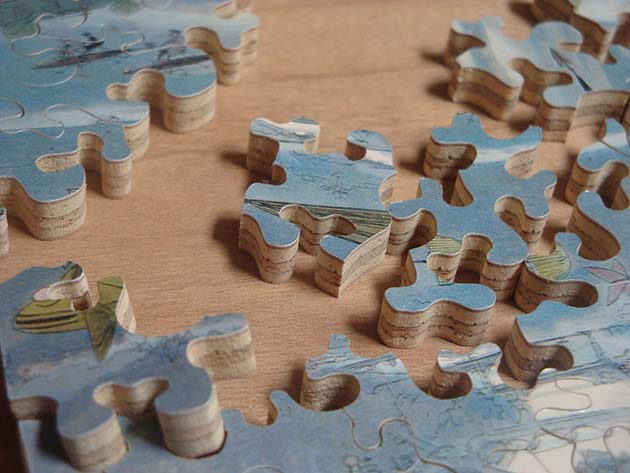 But maybe we should thank of this business of meaning more, as it were, fractally, as in Goethian science, where the nature of an entity is represented holistically in every detail of its structure; or perhaps as in the concept of the divine image represented in its totality, rather than piecemeal, in every human being. In that understanding, each new piece of information in our scheme of meaning is more a small facet of God’s whole truth than a piece of jigsaw representing a fragment of it. Perhaps, as William Blake wrote, the task is,

To see a World in a Grain of Sand
And a Heaven in a Wild Flower
Hold Infinity in the palm of your hand
And Eternity in an hour.

But of course, it is possible to see everything and yet understand nothing, to collate a mass of information and miss the meaning. And that is why one needs a key, and that key can only be Christ, the Word of God who informs the universe with all its information, and the one mediator between us and God. That, I think, ties into the idea of “orientation” that Merv raises in his excellent recent post.

To grow in Christ is to grow into the meaning of the world. I like that thought. 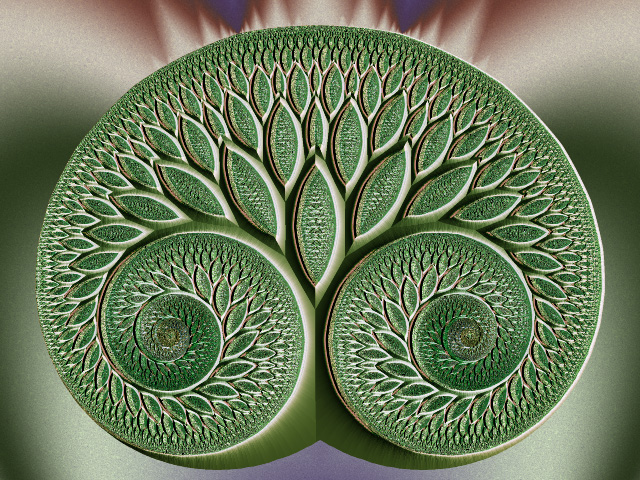 2 Responses to Some thoughts on information and meaning (2)