This is by way of being a thought experiment, continuing the train of recent discussions about God and randomness. It may help clarify ones thinking, perhaps. It depends for its effect on an assumption I am making about most of my readers here, and that is that they agree with the proposition, “God sometimes heals people in response to prayer.” My apologies to Deists and Cessationists – my analogy works less well if it’s taken as totally unrealistic. All statistics and decriptions of research in what follows are imaginary and wildly inaccurate, and purely for illustrative purposes. By the way, what follows rides roughshod over the careful distinction I drew in a recent post  between “miracle” and “providence”, but my excuse is that I’m using the one only as an analogy for the other. In any case, I’ve been reminded by this anecdote how fuzzy the line between the two can be. 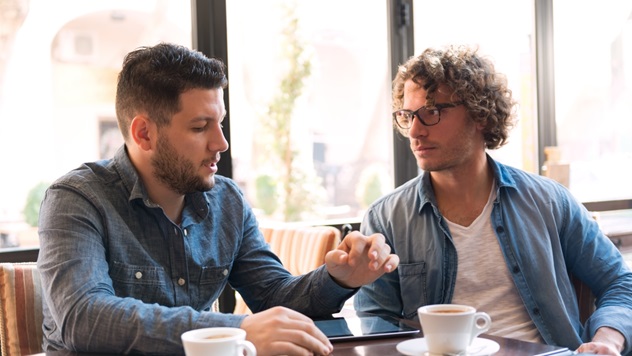 Jim! Let me buy you a coffee!

Thanks. Now I’ve bumped into you, maybe you can help with a project of mine over at the Department of Sociology of Religion. Your input as a biologist might be useful – and also you might have some insight from the religious angle, being one of those “Evolutionary Creationists”. You may see something this old atheist has missed.

Well, we’re doing a metanalyis of the research on healing after prayer. We looked first at the studies comparing prayer with natural resolution of illness. As you can imagine the studies are usually pretty badly designed: it’s almost impossible to do better given the number of variables. But there is enough evidence to suggest there’s a real case to answer, so we we switched to concentrating on the studies on prayer and healing.

That’s interesting. What do they show?

Well, there are a surprising number, varying from the exhaustive, like the data accumulated by the people at Lourdes, to the purely anecdotal. But one can begin to see a pattern. One basic finding is that in pretty well every situation round the world, only a small proportion of people are healed, which at least rules out mass hallucination and so on. And that means we can do some statistics.

Ah – that’s why you’ve enlisted me, as a population geneticist.

Well – your mathematical expertise certainly won’t be a hindrance. There are exceptions to the pattern, of course. For example, the study on the “Healing Priest” Fr Dimitri Sarcophagos shows about a 97% success rate. We discarded that data because it’s clearly an anomaly – probably some sort of sampling error – to put the most charitable spin on it…
(Laughter)
Then again, even in the better studies there’s quite a lot of local variation. For example, there was some work done on the Pepsicola Revival, where the healing rate was quite a bit higher than usual: but that’s to be expected in what was, compared to the total, quite a small sample size. Once you combine the studies, the law of high numbers comes into play and you begin to find things revolve round a mean.

And what was that?

Overall, counting all conditions named in the studies, about 5% of people were totally cured compared to controls, and another 12% reportedly “significantly improved”. That’s consistent enough round the world that I’d expect any new studies to be more or less in line with it: I joke with people that if they go to a healing service they stand a 17% chance of getting helped! That’s our “baseline healing rate” – the equivalent of your “molecular clock” in biology, maybe, against which to compare new data. We couldn’t track persistence of cure, because studies varied so much in how long, if at all, people were followed up.

Still, that’s quite a high proportion, considering. I suppose to know more about how prayer worked, you need to break down the demographics and the conditions being treated?

Well, there’s the interesting thing: the personal profiles of those healed were, by and large, no different from those of the people not healed. That was so with regard to social class, education, race… even to some extent personal religiosity, which was a surprise, and works against the idea that it’s all down to having faith that you’ll be healed.

I think that would surprise some of Pentecostals I know, too!

There were also differences in which conditions were healed, as you might expect: a lot more back pain and angina, for example, than regrowth of amputated legs or people raised from the dead – though there are not a few of the last in the literature overall, if you choose to believe it. But taking the commonly healed conditions – those that one can get a statistically significant result on – once again there’s a pretty even scattering in diagnoses between those healed and those not. So overall it begins to look as if prayer is quite random in its results – but nevertheless there’s some pretty good evidence that it works a predictable percentage of the time!

Hmm. Do you want my “Evolutionary Creation” angle on that? A lot of us have come to the conclusion that Neodarwinian evolution involving random mutation and natural selection is good science, and therefore that, from the theological point of view, God must use randomness in his creative work in the evolution of life. If that’s the case, I don’t see why he shouldn’t work through chance in the business of healing prayer too. What you describe certainly looks like a random process…

At this point, God answered Danny and Jim out of the storm – or maybe some Elihu just overheard the conversation and butted in. Because, as is pretty obvious in the context of miraculous healing (once one believes it possible at all), “chance” can’t do anything at all, let alone raise the dead. What was being studied by Jim were individual acts of God in healing, distributed according to his sovereign will to a varying degree (which obviously has a mean value) amongst all classes of people and ailments. What guided God’s choice to heal, or not, remains a mystery (science not doing final purposes, least of all in the case of God) – but it was certainly not chance that was determining anything.

That is so even though one can build a probability distribution capable of making predictions, such as the so-called “baseline healing rate” – all that means is the kind of limited understanding of God’s providence that Francis Bacon was hoping for from the study of obviously providential events over time. But of course, because this was being thought of here in terms of statistical science, the particularly holy Fr. Sarcophagos, exceptionally strongly anointed with the Spirit of healing, became just an outlier and was excluded from the study, as I suppose would Jesus have been in a similar study in the first century.

So one misleading element was to think in terms of statistics and randomness at all, and so to attribute to a non-entity, chance, that which was the direct work of a particular purposeful agent – in this case the Agent before all agencies.

The second distraction was in using methodological naturalism – the study of efficient material causes – to understand what was in fact divine action. The question being asked was whether, and how, prayer “causes” healing, because that was the starting point in a chain of material efficient causation. but of course prayer doesn’t cause healing – it merely occasions it. It’s like studying an emergency phone call to understand how the ambulance gets to the scene. The fact that you can’t catch the ambulance up doesn’t make any conclusion you may draw from the call data any more valid: the wrong causal chain altogether is being inferred in the “why” and “how” questions.

Our Evolutionary Creationist Danny bought into this error – and maybe that’s an unrealistic calumny on EC population geneticists. But I suggest the same errors are being made in the Evolutionary Creation arena too. The job spec. of Evolutionary Creation is to look at evolution as a pointer to a different question – how God creates new forms of life. If he creates in an analogous way to how he heals (in this scenario – which incidentally I loosely based on Craig Keener’s magisterial two volume book on miracles), then God makes choices whose final causes – purposes – are only known to him. Why some organisms evolve in certain specific ways, and why some apparently do not, is no more investigable than why certain people are healed and some not, though simple approximations like “better fit to the new environment” may be guessed intuitively, just as “because healing is a good” is a reasonable answer to why God healed anybody. It casts no light, though, on why so many are not healed.

But since those choices of God, in both cases, are free and contingent, not lawlike, they will have the appearance of randomness – and no doubt will form some kind of patterns statistically which will yield “probabilities” – like Danny’s “baseline healing rate”, which may easily be mistaken for a material cause rather than an effect of choices. Remember – a probability is not a cause.

Likewise, if the specific outcomes that ECs attribute to “creation working through evolution” are seen only as the results of those processes, acting as efficient material causes, the purposeful planning of God will be as obscured just as when, in the scenario given above, prayer is seen as the efficient cause of healing. As my previous post stressed, natural causality and divine causality are different sides of the same coin – but the emphasis must be on the difference between the two sides if we are to avoid getting the two faces mixed up and believing that “God” and “chance” belong together.

Putting the freedom of God in the box of randomness