Given the modern interpretations of “which cosmology Genesis 1 teaches” (which I’ve argued is “no cosmology at all”), it can be quite instructive to see how other writers of the Hebrew Bible interpret the creation story when they use it themselves.

There are some caveats to add before proceeding. What seems to us to be drawing on Genesis may sometimes, in fact, be drawing instead on a common view of the world shared between them. This is especially true if Genesis is believed to have been written later than, say, Proverbs. But for the purposes of this study, that’s no problem – all the relevant passages precede the hellenization of Hebrew thought that influenced, say, Paul.

Another thing to remember is that none of these passages, including Genesis itself, is interested in the origin of the world as science. Genesis 1 for example (in my view) uses a contemporary phenomenological understanding of the world to give a specific account of creation as the designation of sacred space (“cosmic temple” in Walton or Beale’s terminology). It’s not always easy to see whether the descriptions of creative processes serve to account for the present appearances, or are subservient to the “temple building” theme.

The other passages may well also acknowledge the world as God’s temple, but are not written to demonstrate that, but other more general topics like God’s rule, wisdom or power in creation. This understanding can probably help us better achieve the present limited intention of seeing how Israelites understood the world “day to day” as they lived and worked in it.

The great creation psalm is Ps 104, which is essentially a hymn of praise for the Lord’s care for all his works. Many Genesis 1 elements are there, not least “light” as the first-mentioned work, in which he is said to wrap himself like a garment (v2). Remember that in Genesis God was brooding over the surface of the waters before creation, making this an apt metaphor.

Along the same lines of God preparing his own habitation, though, the psalmist goes on to speak of his stretching out (raqa) the heavens (shemayim) “like a curtain (yeriah)” (rather

than like a solid vault!). The word yeriah is mainly used of the curtains within the tabernacle, and only secondarily in association with “tents”, usually in poetic parallels. So the allusion may be more to the heavens as the cosmic equivalent of the veil of the holy of holies than to any physical phenomenon. This temple interpretation is favoured by the next verse, in which God “lays the beams of his upper chambers on their waters,” from which place he “makes the clouds his chariots, and rides on the wings of the wind”.

It is possible that just as “wind” forms two parallel metaphors in 3b/4a, so “clouds” and “waters” do in 3a and 3b – in which case, we have poetic, as well as contextual, evidence that the “waters above the firmament” are the clouds which hide God from our sight, as the temple veil did.

In vv5-6 God sets the earth (eretz – the solid earth, not “the world” as a planet) immovably on its foundations, and then covers it with the deep (like a garment, as the light clothed God in v2). This corresponds to the situation in Gen 1.2, when the deep rendered the earth beneath tohu wabohu, “empty and functionless”. But vv7-9 speak of God’s subsequent restriction of the seas to the lowest places. Although there may be echoes of the Flood narrative here, the whole context is creation – it is from the beginning that the earth is made the “basal layer” of creation, and the primaeval deep (tehom) is placed over it (not under or around it) and then becomes the seas that we know by a process of separation.

Water remains a uniting theme throughout the psalm. V10ff speak of waters as provision for the creation. There are springs, but God also “waters the mountains from his upper chambers”, which, remember, were built upon the waters of shemayim. The picture is rather like that of a sluice (or mill-race) being opened below God’s house to pour out blessing (cf Ezekiel 47) not of some distant command from above and beyond a vast cosmic ocean. The phenomenology is that of a mountain bathed in wet cloud. The whole picture is about God governing the world from heaven, and so in V19 the moon and stars govern the days at his bidding, and God brings day and night for the creation. V24-26 continue the “waters of creation” theme in the form of the sea’s inhabitants, for whom God also cares.

I think I will save the discussion of other similar passages to the next post, except to comment on another isolated “proof text” (like the use of Job to argue that the sky is supported on pillars) for the theory of a boundless cosmic ocean under, as well as above and around, the world. This is in Psalm 136, the responsive hymn of praise for all his works, which naturally enough begins with Creation:

This is clearly based on Genesis 1, but v6, “who spread out the earth upon the waters” is taken to mean that the world floats on a boundless ocean. I note in passing that the word for  “spread out” is that old chestnut raqa, as used for the heavens in Ps 104 which, if the solid firmament guys are to be believed, certainly means the earth was beaten out in a thin flat sheet. Believe that if you will.

But the real problem is the earth being upon the waters – and it’s a problem because it contradicts the other Scriptures, not just it creates a weird cosmology. You’ll recall from above that God in Ps 104 sets the earth on rock-solid foundations and covers it with the deep (tehom). Likewise, in the Genesis story, the deep overlies the useless earth until the part of the waters below the firmament is restricted (apparently in its entirety) to reveal the dry land and become “seas”.

We also find, in Jonah, who is an early poetic abyssal explorer, “hurled into the deep” (tehom) as far from God as he could be:

“The engulfing waters threatened me,
the deep surrounded me;
seaweed was wrapped around my head.
To the roots of the mountains I sank down;
the earth beneath barred me in for ever.”

At the base of the deep then, as any modern would expect, and as we would expect from the other Bible passages too, Jonah finds the roots of the mountains, and solid earth (eretz), not bottomless water. So how does Psalm 136, alone, overturn that? Well, of course it doesn’t. It isn’t even an anomaly to be ignored. The relevant word in v6 is “above[al]-the-waters”, al being a common preposition of wide meaning, but always including a “downwards” element. To quote the lexicon regarding al:

Properly the same as H5920 used as a preposition (in the singular or plural, often with prefix, or as conjugation with a particle following); above, over, upon, or against (yet always in this last relation with a downward aspect) in a great variety of applications:—above, according to (-ly), after, (as) against, among, and, X as, at, because of, beside (the rest of), between, beyond the time, X both and, by (reason of), X had the charge of, concerning for, in (that), (forth, out) of, (from) (off), (up-) on, over, than, through (-out), to, touching, X with. 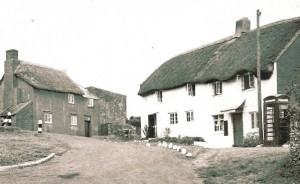 Now that’s a pretty broad range scarcely justifying the goldfish-bowl cosmologists’ insistence on a floating earth. In England we have many towns named X-on-Sea. For example, Agatha Christie based one of her novels on a hotel here in Devon, at Bigbury-on-Sea, and I can vouch for it not being a floating settlement:

“Bigbury-on-Sea is a village in the South Hams district on the south coast of Devon, England. It is part of the civil parish of Bigbury which is centred on a small village of that name about a mile inland.”

But there is good evidence for such use in the Scriptures too: Psalm 24, which asserts God’s ownership of the world by dint of his design and construction of it, says in v2:

“…for he founded [the earth] upon the seas
And established it upon the waters.”

I hope by now you’re sufficiently familiar with the vocabulary to know that “earth” is the functional name given by God to the dry land, and “seas” the functional name given below the firmament, which God separated on Day 3 in Genesis – the seas are not any kind of pre-functional primordial deep. So here – and in Ps 135 – al simply denotes that the land is raised above the sea. As any fule kno, land is usually above sea level, and sea is below sea level, and we don’t usually interpret that in terms of the earth floating on the sea. Why do we expect such crass linguistic literalism from Hebrews?

And so we see that Psalm 136 neither establishes a “boundless deep” nor disagrees with Psalm 104, and that both support the interpretation I have previously given of the phenomenology of the Genesis 1 account. Which is not at all different from what kids experience of the world before scientifically literate grown-ups start teaching them about Australians living upside down on the other side of the world, without falling off, and (if they’re anything like me or my children) they start digging in the garden to make contact.

Before that scientific stage earth is down, sea is at the seaside and more down, and clouds and sky are up. That’s pretty much how the Bible accounts describe it, too. What more do you need to know? 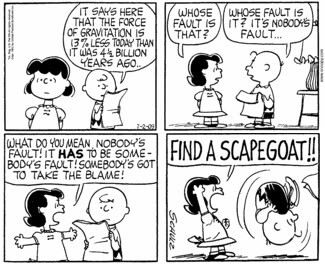 4 Responses to The Bible interpreting Genesis 1