Some thoughts on genetic reductionism and determinism

The Human Genome Project promised enormous practical advances, took fifteen years and cost $2.7 billion, though under Francis Collins it came in ahead of schedule and under budget. Though there are those who would disagree (which fact is really the main burden of this post), many feel that it failed – or rather, than in succeeding spectacularly, it destroyed its main raisons d’être, as this conclusion from a paper by the Dutch Professor Hub Zwart well describes:

The HGP was fuelled by genetic determinism, with the idea that we basically are our genes as its basic “philosopheme.” Once our blueprint is made available by next generation sequencing, we will be able to know ourselves and to become the managers of our life and health. Interestingly, the basic outcome of the HGP rather was that life in general and human life in particular is much too complex to be explained along genetic deterministic lines. Thus, in the end, genetic determinism “sublates” or abolishes itself (“aufheben,” in German). The “truth” of genomics (the awareness of the overwhelming complexity of life) is antithetical to its conceptual starting point. Genomics has taken us beyond determinism, has given way to post-deterministic research areas such as complexomics. And yet, although genetic determinism is dead, it is at the same time undead, for gene-speak and other instances of genetic deterministic logic and language are still present, both in the public domain and in scholarly discourse.

A similar impression of post-HGP confusion even occurs in the Wikipedia article on genetic determinism, which says of the “contemporary view”:

Despite surprises about the quantity and distribution of genes, genetic determinism remains the standard model. According to Nusslein-Volhard, who won a Nobel for her research into molecular mechanisms of development, the genome is a “building plan,” DNA is a “language of four letters that can be read faultlessly… In the fertilized egg, the genetic program is complete.” She reiterates the reductionist approach even as she fleshes out a model of development based not on genetic information but the way genes are “expressed.” She notes that it’s rare that one gene determines a specific structure in a specific position. Rather than provide anything like a blueprint for the finished organism, homeobox genes guide development by regulating other genes.

It’s unclear why she can say the genome is not a blueprint, but is a building plan: it appears that the “standard model” is internally contradictory, because the terms 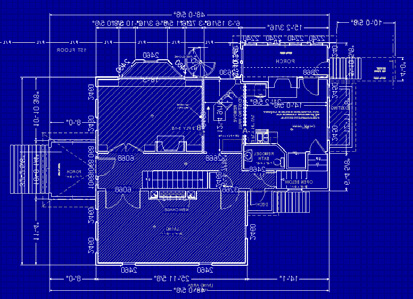 mean the same. The conclusion may be that a reductionist concept of genetics, having been the very foundation of the new science of “molecular biology” first named by Warren Weaver of the Rockefeller Foundation eighty years ago, is now just too entrenched to be abandoned by those trained in the field. How can you possibly retrain lifelong reductionists to become complexity-theorists? (Our own Sy Garte seems to be an exception to that rule!)

Zwart documents how Francis Collins was thoroughly wedded to “soft” genetic determinism even years after the HGP when he wrote The Language of God (that title alone makes the point, does it not?). There’s a sad tendency in biological science for “What a shock!” to be quickly restated as “We expected this all along!”, but some of the documentation  for the HGP written beforehand demonstrates Zwart to be right:

If successful, the HGP will have produced a high quality reference for all the genes in the human body by 2003. All the genetic material that determines what diseases we are susceptible to, what physical and mental traits we have inherited and what behaviors we are genetically determined to express will be mapped and quantified. This will conceivably allow a new explosion of medical research and treatment options, but will also raise important ethical concerns [my emphasis].

Under “ethical issues”, it goes on:

As more genes are identified, the field of behavioral genetics becomes more complicated. If genes that indicate susceptibility for criminality, intelligence, or homosexuality are discovered, how should our society respond?

Yet in fact we can now say that “no single gene controls any behavioral trait”. A more general prediction of the outcomes follows:

The renowned scientist, James Watson [the first director of the project – JCG] stated that the completed map of the human genome would serve as the “official instruction book for human life” and “a giant resource”… Witnesses to the rapid growth of genetics related sciences predict that biology will be the foremost science of the 21st century. In years to come doctors will be able to cure diseases like Alzheimer’s disease, diabetes and cancer by attacking the genetic roots of these diseases…

…The mapping of the human genome will lead to a fundamental understanding of how genes affect disease which in turn lead to new drugs, to individually designed treatments and, perhaps, to correction of gene flaws before birth. By being able to predict disease risks, we are able to start a vigilant screening program, to take preventive medicines, or make diet or lifestyle changes that may prevent the disease. 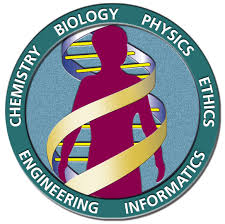 Well, it is now well known that the main understanding gained through the HGP of how genes affect disease is that, apart from a tiny number of exceptions, and the single-gene disorders already well-understood long before the project, it is so complex and non-linear a relationship as to be of little therapeutic use. Instead both diseases, and those human behaviours regarding “criminality, intelligence, or homosexuality”, have been shown pretty consistently not to be governed even by multiple genes, but by genetic and non-genetic interactions so involved that the reductionist “gene->trait” paradigm is simply falsified.

It’s worthy of note that the molecular biology project was, at the very start, really an offshoot of the eugenics movement. Much of the huge funding it received came from

sources like the Rockefeller Foundation and the Carnegie Institute, which were dedicated to improving the human race through eugenics and, notoriously, funded the Nazi racial and medical eugenics programs*. From the start, then, genes were being sought out as levers to manipulate humanity’s problems. Relatively early on, as it turned out, genetic research undermined the simplistic notions of the eugenicists that all human ills could be attributed to bad genes apart from environment, a conclusion only driven home, of course, by public reaction to the Nazi abominations once they became known.

But this gain in knowledge was only a relativizing of genetic determinism: the quest for genes as the “blueprint of life” was still the goal, thought to have been found in DNA. (James Watson had been inspired to his work by Erwin Schrödinger, who had correctly predicted an information molecule in his 1944 book What Is Life, whilst strongly, and wrongly, believing in the necessity of its being reductionist and deterministic – an error it took over sixty years to correct through the HGP.)

In medicine during my own career, research was directed at the “gene for heart disease” or “the gene for diabetes” or “cancer” that would provide a magic bullet for susceptible individuals, rather than recognising these conditions to be the direct product of living the industrialised way. 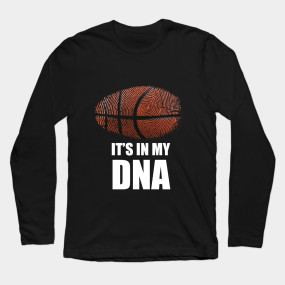 studied it in the early 70s, until people like Peter Berger re-humanised the discipline – and it still seems to be largely ignored in the “harder” sciences dependent on genetics. Even now, fields like behavioural genetics and evolutionary psychology, closely wedded to genetic determinism, retain academic respectability in that they are still taught at universities, and have gained general popular and political credence. Nowadays pretty well anything from nursing to buying a Ford is “in my DNA” – a colloquialism that’s rapidly becoming as unconsiously metaphorical as being of a “sanguine” or “phlegmatic” humour.

And so it seems that genetic determinism is dead, but won’t lie down. I’ve sometimes wondered, in the light of that (to me) obvious fact, why Evolutionary Creationists appear to keep most or all of their eggs in that particular basket. It’s not just that so many of them use specific genetic similarities between chimps and humans to discount the historicity of Adam, but that those similarities are so often evidently still assumed to represent how close we are to the apes. All our differences are assumed to be in that 2% genetic difference – which is pure genetic determinism, and self-evidently wrong. As someone said, the simple proof is that the chimp is always the one in the cage.

Likewise, the arguments for the kind of evolution for which they argue, even against ID people who believe in deep time and common descent, are entirely gene-centred. Maybe that’s because the implications for the truth of Neodarwinian evolutionary theory itself, now that genetic reductionism has been falsified by the HGP, have not fully sunk in. For if there are no simply defined and varying genes, directly related to resulting traits, then there is no way natural selection of traits can drive all of life’s changes piecemeal over time. And that is what the Modern Synthesis was. Neutral theory merely compounds the problem. Neodarwinian evolutionary theory, as the grand explanation of life, becomes as much an idealised product of the mind as was Aristotelian science, and arising from the mind is just as resistant to change in the presence of a new paradigm.

It’s tempting to wonder if Evolutionary Creation’s continued flag-waving for genetic determination might simply be to do with the fact that BioLogos was founded by Francis Collins off the back of his role in the Human Genome Project, with the Language of God as its manifesto. The phenotype, after all, must follow the blueprint. 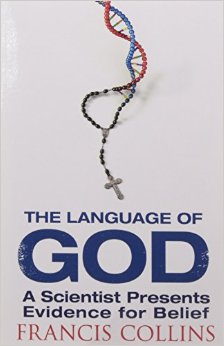 * (link)…the Rockefeller Foundation’s strategic move into supporting the development of what became known as molecular biology: dissatisfied with the woolly science of the eugenicists, the Foundation decided that the cause of eugenics would be better served by applying mathematical and physical methods, in order to make biology into a ‘hard’ science. It has been molecular biology, which led, via Crick and Watson, to genetic engineering in the 1970s. Kay suggests that the Rockefeller Foundation’s strategic investment finally paid off in the late 1980s and 90s, with the launch of the Human Genome Project.

4 Responses to Some thoughts on genetic reductionism and determinism