I think what irks me most about the scientistic mindset is how much it takes for granted about the world, as if needing no explanation – things like logic, reliable human faculties and so on.

One good example would be the old adage that if you have reproduction, variation and an environment you’ll get evolution as a matter of logic. But it seems to me far more likely, barring some remarkable circumstances, that these will usually produce rapid extinction and a dead universe. The order that allows evolution to work is seldom even noticed, still less explained.

Those of you from distant climes may be aware that we have a slight political impasse here in Britain at present over our decision, based on a referendum, to leave the European Union. I’ll explain a little, aware that there may be no more reason for you to keep up with British politics than there is for me to keep up with yours, wherever you may be.

The referendum, based on a simple “in or out” vote, was won on a clear, but small, majority for leaving the EU. Within Parliament and the London bubble, there had been a sizeable majority against, leading to the resignation of the Prime Minister who called the referendum (assuming wrongly that the nation was like the elected assembly), and the negotiation of the exit-deal by a replacement who had voted to stay.

Not only are sentiments split within the various political parties, but also the government has no majority and so is vulnerable to minorities holding various balances in Parliament, in the cabinet or even in the negotiating team.

Our present situation is that nobody much likes the plan Mrs May and the EU have agreed, but there are almost as many ideas as to what would be desirable, what is possible, and how to get there as there are gender labels in diversity politics.

Amongst the public there is a mixture of disgust that the politicians can’t at least agree something, and polarisation or frank confusion as to what might be a result, let alone a good one. There are calls for a new referendum – but since there are as many ideas as there are Members of Parliament, it looks like that would decide nothing, at least without a proper civil war to conclude it. My wife heard the ultimate sign of the times on a vox pop radio phone-in – “I fink we oughta ‘ave a referendum to decide whevver we ‘ave a referendum.”

I hasten to add that Brexit is simply a local example I’m putting forward – the French are rioting against their elected goverment, the two US parties are locked in trench warfare, Greece is still bankrupt, and countries all over Europe are fighting *for* democracy and simultaneously against populism – or vice versa. “The People have failed us – we will elect a new People.”

Into this speaks St Athanasius (in a passage I read yesterday), speaking about the cosmos in which we live.

The harmony we find in the organisation of the world, and the peaceful balance of all things, shows that the Word, the Master and Ruler of creation, isn’t many but One. If there were more than one Ruler of the universe, this cosmic harmony wouldn’t be kept; everything would fall into chaos because of the multitude of rulers, each bending the world to his own will, struggling with the others. We said that a belief in many gods was as bad as atheism; and by the same token it follows that the rule of many is the rule of none… Where there is no ruler, chaos naturally results.

Athanasius could have been following the Brexit news. We have democracy – what we lack is a final purpose towards which the individuals both in government and in the country can work. If there was an agreed end – to remain within the EU, to divorce at all costs, or something in between – the chances are ways would be found to achieve those ends. But, like my doubts about evolution as a logical inevitability, current political experience is that efficient causes alone – in this case the choices of the people – are quite capable of producing nothing at all except paralysis.

And so I venture to suggest that Athanasius is correct: we need first to notice that we actually do inhabit a cosmos rather than a chaos, and wonder, and then to understand that there is no likelihood whatsoever of a cosmos existing without final causation at the centre of it all.

One final thought – I fully expect that, if I shuffle off this mortal coil at a reasonable age, the Brexit issue – and the Paris riots, and the US Democrat-Republican hate-fest – will have been resolved in some way, even if my final home is a refugee camp somewhere in a post-apocalyptic Europe. And I remain convinced that my ability to know this is not because efficient causes always produce coherent results, but because history, too, is subject to a final cause. 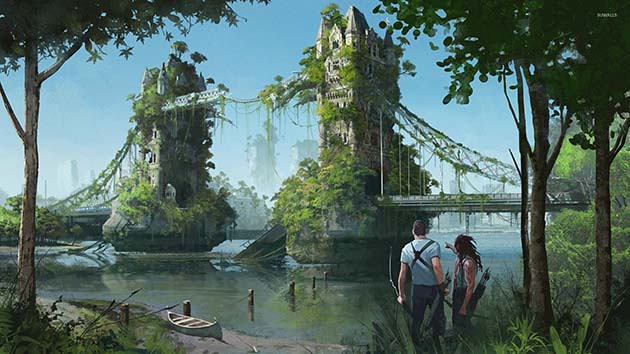 After the second referendum…

2 Responses to Final causes and Brexit