God’s Good Earth not so controversial after all?

I wrote my book God’s Good Earth to counter the assumptions amongst both “conservative” Christians on the one hand, and secular and theistic evolutionists on the other, that the natural world is full of a morally problematic thing called “natural evil.”

Richard Middleton’s excellent blurb on the cover calls it “an astounding thesis,” and much of the reaction both before (when it was online here) and after publication, have shared a sense of surprise at my claim. Being controversial can, of course, never be bad for sales, quite apart from the fact that I consider the goodness of creation to be true, and a life-affirming belief in itself. 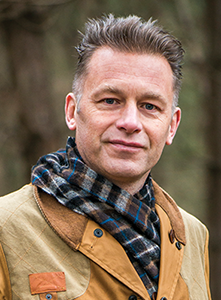 But I found unexpected (and of course quite unconsious) support for my book’s theme last evening, in the words of naturalist Chris Packham on the last live episode of BBC’s Springwatch programme. For those not in the UK, Springwatch (like its spinoffs such as Autumnwatch) is a live prime-time week-day series in which a team of presenters is based at some natural location, in this case the Cairngorm Mountains, cameramen set up live cameras on nests, live and film features are done on other locations, and the public is enlisted via social media into public science projects.

The main presenter is Packham, who capitalises on his Apsperger’s syndrome in his consciously non-emotional attitude, which contrasts excellently with the more “touchy-feely” character of his female co-presenter Michaela Strachan. Packham’s persona enables him to get away both with nerdy references to details of old films of his beloved punk music, but more importantly to presenting serious science, directly from research. He will, for example, follow up odd animal behaviours observed in one episode with a literature search, or e-mails to specialists, which he will then cite in the next episode. You won’t catch Attenborough doing that, and in so doing he is actually giving a mass audience genuine science education, rather than merely popularising it or basking in its perceived authority.

I particularly like the way he will use genuine scientific terminology as he explains, say, types of bird feet, and then leaves the viewers with the “word for today – semi-zygo-dactylic,” and then say knowingly to camera, “And that, people, is why you pay your licence fee.” 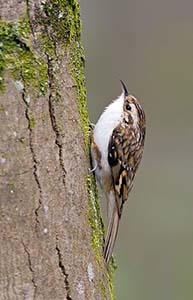 Anyway, this last episode, occurring after days of torrential rain, presented quite a “harrowing” story from the nest-cameras. One camera had been placed in a tree-creeper nest, which Packham had said from the start was rather vulnerably situated behind a fold of bark. Sure enough, although the brood was well fed and dry (unlike a swallow’s nest where the whole brood had succumbed to the parents’ inability to catch insects, and several other nests were depleted by cold and wet), on the last day a spotted woodpecker found the nest, and it – and to the team’s surprise a second, separate, woodpecker – started removing the chicks one by one and returning them to feed their own broods, one of which had also been regularly monitored by a nest-cam.

The woodpecker even nabbed the mother as it brooded the last remaining young, but then let her go as being too big to handle, returning for the last chick instead.

Packham had talked to a woodpecker expert, who explained that woodpeckers will usually only turn to nest-robbing when wet weather hinders their ability to find insects, and that seems to have been the case here. But as the team showed next, even the woodpecker didn’t have everything its own way, as it had to fight off a red squirrel (usually seen as an icon of both cuddliness, and victimhood at the hands of the American grey squirrels threatening their extinction) targeting its tree-hollow nest.

What was interesting was how Packham responded to the downbeat observations of other team members about the day’s events. It is indeed sad for us, he said. The tree creeper, with its brood, was a wonderful thing to see, as they had been showing on the programme  for a week or two. And the woodpecker, with its own brood, had also been in itself  wonderful and interesting as they had followed it. But the greater beauty, he went on to say, was in their interaction, in the business of predator, prey, and in other ways, which only together make up the ecological habitat of which they are a part, and which the series as a whole had been celebrating.

Now, as far as I know Chris Packham is non-religious, but in these words he captured the sense of nature’s goodness as a whole in a rather Augustinian way. In my book, I quote Augustine when he writes:

Since, then, in those situations where such things are appropriate, some perish to make way for others that are born in their room, and the less succumb to the greater, and the things that are overcome are transformed into the quality of those that have the mastery, this is the appointed order of things transitory. Of this order the beauty does not strike us, because by our mortal frailty we are so involved in a part of it, that we cannot perceive the whole, in which these fragments that offend us are harmonized with the most accurate fitness and beauty.

This sense of God’s wisdom in the sum of the parts of Creation that, to us, sometimes seem individually discordant was, indeed, the predominant one in the early Christian era. It is great to see Packham not only recovering it, but explaining it so convincingly (and with a genuine scientific authority) to ordinary people.

One more example, along similar lines, occurred when the team finally named their favourite moments from the series. As the others chose golden eagles, swimming with barrel jellyfish, or shots of cuddly squirrels, Packham did not (as we maybe expected) wax lyrical about his favourite slavonian grebes. Instead he showed a short film sequence of an ordinary cranefly, walking with delicate legs on the surface tension of a pond, and then taking off with slow-motion wing-beats. He followed it up with a plea not simply to see, or even to record, nature – but to look at it, as a child would, in simple wonder, in even its most ordinary details.

This immediately puts me in mind of the metaphysical poet Thomas Traherne, whom I also quote more than once in God’s Good Earth, when he writes in the same vein:

Your enjoyment of the World is never right, till you so esteem it, that everything in it, is more your treasure than a King’s exchequer full of Gold and Silver. And that exchequer yours also in its place and service. Can you take too much joy in your Father’s works? He is Himself in everything. Some things are little on the outside, and rough and common, but I remember the time when the dust of the streets were as pleasing as Gold to my infant eyes, and now they are more precious to the eye of reason.

I suppose Packham’s lack of belief in God shows that such a view of nature does not, in the way of Paleyan natural theology, prove the existence of the loving God who made it all, in Christ. Yet his approach is far truer than the “fallen world” concept of “the traditional view,” or the “red in tooth and claw” pessimism of traditional Malthusian Darwinism, or even the jaded vision of the environmental pessimists who can only see mass extinctions and poisonous fumes where there are none (see also here), as they predict the end of the world in a decade or two.

Whilst I’m on about God’s Good Earth, the second part of the Internet Monk review is up here, and there’s a third 5-star Amazon review that is not visible in the USA here. Buy now while stocks last…