It’s just astonishing how things fortuitously/providentially connect together. PNGarrison has kindly sent me a chapter of a difficult (oh dear…) book by Owen Barfield, which he has painstakingly transcribed for me. Thanks Preston. Barfield was C S Lewis’s great mentor – which has to be a recommendation – and the book, Saving the Appearances, is about the development of the way humans have viewed the world across history. The Amazon reviews tend in general to say, “This book has changed my life: I don’t understand much of it, but I keep coming back to it.” Having read one chapter, I see what they mean. It’s on my Amazon wishlist, and I’ll probably be reviewing it in – oh – twenty years time. 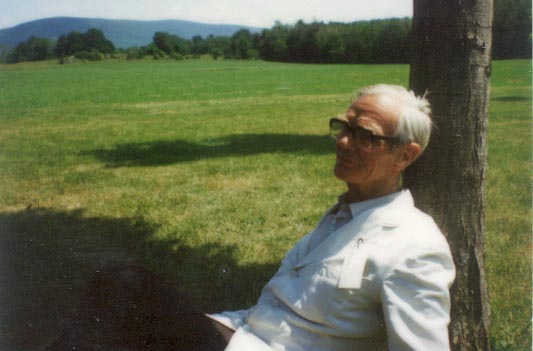 Barfield’s basic thesis is about a theme I’ve found useful over the years: the desacralisation of nature, which he describes as a decreasing participation in nature. This, incidentally, presupposes a wider but hugely important idea – that the way people view reality is not fixed, as we tend to suppose, but conditioned by our deeper commitments. Specifically, science is dependent on our underlying worldview. That might mean there is no objective truth, but only human-constructed reality (cf Postmodernism) – or probably more accurately, that how closely our personal reality corresponds to objective truth depends on our underlying worldview – shades of Michael Polanyi there. Already you can see why people’s brains start hurting at this point, but they still come back for a third or fourth reading. As Ian Dury so succinctly put it , “There ain’t ‘arf been some clever bastards.”

To get back to Owen’s main theme, he argues that, in primitive times, people saw very little distinction between themselves, the world and ultimate causes. The world was personal, mystical and magical, and we were related to that reality sacrally. Without pursuing the point too far, you can see a paradigmatic example in the idea of hunting a totem animal in order to eat him and acquire his special power over the world; so to achieve that you dress up in his skin and become him in a ritual trance, whilst representing the hunting act and associated woo in a cave-painting.

Barfield sees progress, or evolution, in human thought as a desacralisation process – or rather, as two rather separate alternatives with rather divergent results. In Greek thought, subsequently culminating in the modern positivistic or scientistic worldview, nature is progressively drained of its magic, and radically separated from the human observer. It becomes, in the end, a collection of unrelated objective phenomena, devoid of any true meaning of its own. Almost unconsciously, the human mind becomes the only arbiter of meaning, through the imposition of theory on these diverse phenomena.

As others have noted, this plays out in the Cartesian radical body-mind dualism, where all the really important aspects of reality – ranging from such prosaic issues as colour or taste to universals like gravity or space-time relationships and, of course, such “subjective” metaphysical issues of “What’s it all for?”- are devolved to the human mind, the sole remaining “magic” component of reality.

This is problematic because it’s intrinsically unstable. Many (including C S Lewis) have pointed out that objectivism always wants to encroach even on the mind, explaining its own “magic” away in terms of mere neurology or chemistry +/- evolution, with the result that in the end even the sacredness of mind disappears in a puff of smoke and the emptying out of nature is complete (perhaps this is a better real example, though even more downbeat, of the trendy theology of “kenosis”!).

The Postmodern (and also, of course, post-Barfield) enterprise is equally destructive of true reality because it relativises that last stronghold of meaning, the mind. Meaning becomes a purely individual reconstruction of the universe, and though the mind itself survives positivist annihilation, it becomes no more in touch with reality – or with others’ reality – than a Boltzmann Brain would.

But meanwhile, back at Owen Barfield, he describes an alternative “desacralisation” that took place uniquely, he says, amongst the Hebrews. With their revelation of a transcendent God, the sole author but not the substance of material reality, nature ceased to be a living set of powers to be manipulated, abstracted, appeased and feared, but simply the ordered reality of the One who made it. The prohibition on images, Barfield argues, prevented God’s being dissolved back into nature, and set Israel’s eyes on the moral and spiritual reality of the God beyond, revealed to them in torah.

In the chapter Preston sent me, this almost comes across as a negative – suggesting the Jews did not care much about nature, diverting their attention on to human and theological matters. If that’s what he means, I’m not sure I agree – there is a stong strand of respect, awe and wonder for the created order in the Bible. But maybe that’s what Barfield is getting at – the change in perspective that comes from knowing God actually transforms ones view of nature, so one sees it as it is, in all its glory and – well, its true, God-given, meaning. I’m encouraged in that assessment of Barfield’s view because he compares this new Jewish concept to that of Thomas Traherne, the metaphysical poet whose love of every detail of nature is amongst the most enraptured in the Christian tradition.

Barfield proceeds to show how it is this view of nature, as the artefact of a transcendent Creator, rather than the dessicated Greek-cum-positivist alternative, which is the true inspiration for science. And here he speaks in harmony with Stanley Jaki, recently cited here, though coming at the matter from a completely different angle.

In fact, it’s a quote from Jaki’s book on which I wish to close, and to draw a specific point, because it adds to the authority of C S Lewis’s mentor that of one of the founders of modern science, Sir Francis Bacon. Although I’ve expressed much support for the Aristotelian-Thomist tradition of philosophy on The Hump, Bacon speaks as a major critic of Aristotle. But he could be fresh from reading Owen Barfield:

[Francis] Bacon pointed to the enormous disparity which the doctrine of Creation introduced between the pagan and the Christian outlook on the world: “For as all works do shew forth the power and skill of the workman, and not his image; so it is of the works of God; which do shew the omnipotency and wisdom of the maker, but not his image; and therefore therein the heathen opinion differeth from the sacred truth; for they supposed the world to be the image of God, and man to be an extract or compendious image of the world.” 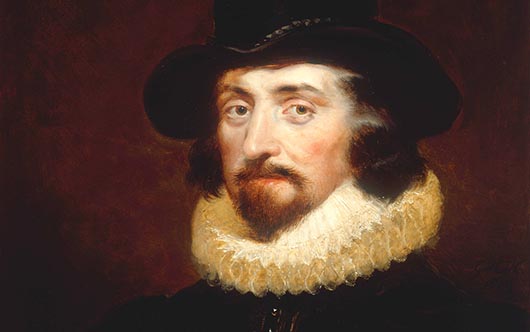 Now I will add a specific application (maybe it’s a footnote, since I think the points made above are alone sufficient food for thought about Life, the Universe and Everything). One of the critiques of the whole divine design approach to nature – whether within ID or more generally – is that it is useless because it doesn’t tell one anything about the designer. Ergo to someone like Thomist Ed Feser it’s misleading theology; whereas for the standard issue Gnubie Web Warrior it’s proof that there is no design, and no designer.

But Bacon’s quotation sums up what is inherent in Barfield’s appraisal of the “true” de-divinisation of nature in the light of God’s reality: by the very nature of that created reality, one would not expect to know the character of God from his works, beyond his “omnipotency and wisdom” (just as Romans 1 affirms). In the positivist worldview, as we have seen, not only design, and Designer, but all meaning whatosever are doomed to disappear. If you wanted to aspire to know God’s character from his works, you’d need to return to the primitive view in which nature itself is divine.

But as Barfield shows, that way you’re doomed to be sucked back into primitive sacral participation rather than rational understanding. Either way, without God there is no objective reality to understand. Stated strongly, you can only know either God or nature on the basis that the latter is analogous to a designer’s artefact. Way to go!