Rounding off my meanderings in Thomas Kuhn’s Structure of Scientific Revolutions I just want to pick up on a point I mentioned near the close of the last post.

Kuhn says that, in his view, it is a mistake to see science, in its various paradigmatic guises, as converging on the Final Truth of reality, preferring to see it as extending from where it is now. In other words he is committed to the value of science, and its progress, but more in terms of its utility in solving problems than in the grand ambition of reaching ultimate truth. In this, actually, he seems to echo part of the mediaeval concept of science, in which nobody seriously thought one could understand the world fully as it is, but at best find ways that were descriptively or predictively useful – hence “saving the appearances”.

On that rationale, whereas (as Kuhn argues) one can properly only say that Newton has been replaced by a more more truthful Einstein, or Geocentrism by a more truthful Copernican scheme, in practice one would happily accept NASA’s use of Newton’s theory to plot orbits, or geocentric terms in naval navigation, for their utility in their particular circumstances. Likewise Einstein’s science is useful in its own field, and the question of the “underlying truth” is considered irrelevant because unattainable. I linked to a piece in my last post that suggests not only that a Theory of Everything is impossible empirically because of human limitations, but impossible logically under Wolpert’s Theorem.

There are, incidentally, some necessary theological adjustments to be made by some, if this is true. The idea that God has made the Universe transparent to human reason was, indeed, one impetus to modern science, and still appears to be common today in theological discussion. That’s why “God would not cheat/mislead/obscure the truth” still appears regularly in conversation. But it seems more likely that the Universe is, ultimately, unknowable in itself except to one, like God, from outside it – and if so, theology ought to reflect that. I’ll make an attempt here.

But first I want to note the analogy that Kuhn makes to justify his claim. He makes one of his rare allusions to Darwinian evolution. Older evolutionary theories, he says, were united in their belief that evolution has a goal. Darwin’s “paradigm shift” was in holding that random changes would, in the course of things, lead to open ended progress. New things will happen, but no goal is in sight.

Now I’m probably reading too much into this, but it seems odd that Kuhn should seek to justify a universal truth (the inability of any science to acquire the full truth about the world) by comparing it with one of the very scientific paradigms, Darwinism, for whose contingency and transience he has been arguing. It’s as if Darwinism gets a free pass from scientific revolution, being more fundamental than any other paradigm.

I’ll assume that such a “Darwinism is fact” line was far from his mind, but it does point out a weakness in his analogy. If Darwinism is true, then evolutionary goals are not only unknowable, but non-existent – hence the whole difficulty of squaring it with the Christian doctrine of creation. However, the same is not true for science, for Kuhn is clear that all sciences are examining a genuine reality “out there” – it’s just that the reality itself cannot be known by us. So at a key point, science is not like Darwinian evolution.

Indeed, it’s very much more like classical Christian theology, which has always said (contra some modern personalists and so on) that God is, in himself, unknowable to us. Theology proceeds always by metaphor and analogy, or even by negation: “God is not like this…” Now as in science, those analogies may be more or less truthful – or even complete lies. But historically, scripturally authorised analogies carry great weight: God is truly a Father, and even the archetypal Father (but not all that we say about human fathers may be said about our heavenly Father).

Scripture, then, is virtually always speaking metaphorically of God, and it’s on such metaphors that we perform the additional interpretive work of theology. God in himself may be approached “usefully” (for which you can read “salvifically”, “transformationally”, “ecstatically” etc) by such processes. There are even gestalt experiences of conversion through the Holy Spirit, mystical encounter and even spiritual union. But God as he is in himself remains hidden in thick darkness or, in my preferred biblical picture, he dwells in unapproachable light.

I suggest that the created world is in many ways comparable to this idea of the hidden God – Deus absconditus. One might compare the metaphors written into Scripture, for example, with our experience of the world, all of which is mediated through the limitations of our senses and nervous system. Those capabilities have been given to us by God for the very purpose of interacting with the world – whatever that may in fact be at the deepest level. They may be “illusions”, but they are “authorised illusions”, which is only to say “metaphors”.

The reasoning we apply, and the discourse we conduct, about that reality have many degrees of truth and utility – and science is amongst the foremost ways of performing such activities. In the end, though, we cannot go beyond the appearances – we analogise on analogies, whilst the universe remains intractable to our comprehension. As in Christian faith, there may also be a gestalt knowledge that arises from, or sometimes replaces, the orderly acquisition of knowledge. We’ve discussed that here frequently through the world of Polanyi, Goethe and the like. But all these approaches to truth end up as “The world is like this,” or sometimes “the world is not like this”, and not with “the world is this.”

In other words, perhaps a more correct theological “paradigm” of creation is not “The universe is unreasonably knowable by human reason because God has made us in his image”, but “God has made his universe to reflect himself – we may discover truth about both, and enjoy them beyond human measure – but they both remain finally far more than we are, as mere creatures.” We’re not so much thinking God’s thoughts after him, as being given a set of thoughts appropriate to us, by God. It’s a rather less self-important and more creaturely view, perhaps, but closer to the way things seem to be – and truth, not self-flattery, is what we’re supposed to be seeking.

That’s not to say that both those unknowables may not, perhaps, become known to us when we are transformed into the very likeness of Christ at his coming. But if that is to happen, it is certainly not yet. And it won’t be through science, or even through theology. 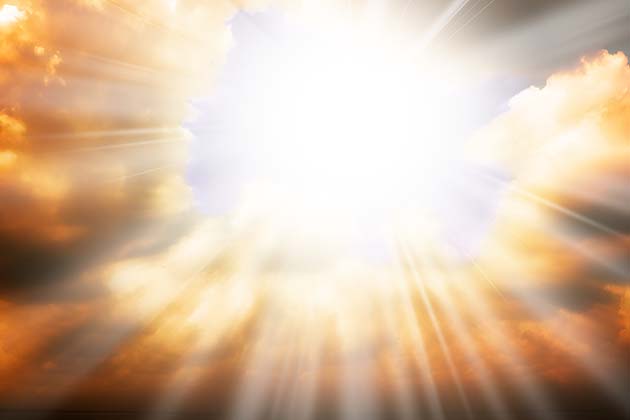 4 Responses to Truth from afar