We can relate to God but never fully comprehend him

Reading the book of Hosea again reminds me of the first time I was introduced to Jürgen Moltmann’s work. Interestingly it was at a rock festival, a Christian one, in 1984 and the introduction was made by Rev Graham Cray talking about Mission. Graham had, at that time, replaced the celebrated David Watson at St Michael-le-Belfry in York, but he went on to be principal of Ridley Hall Theological College and then Bishop of Reading. “Moltmann’s brilliant on some things,” he enthused, before adding, “…and dodgy on others.” Counsel that has stood me in good stead ever since. 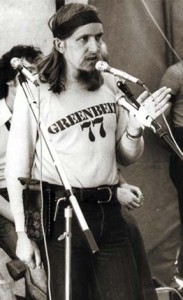 Cray’s theme was that we engage in mission because God himself is a missionary God, and as an illustration (and here’s where Moltmann’s insight came in) he referred to the Lord’s heartfelt exclamation in Hosea 11 over Israel’s unfaithfulness:

“How can I give you up, Ephraim? How can I hand you over, Israel? How can I treat you like Admah?
How can I make you like Zeboim?
My heart is changed within me;
all my compassion is aroused.
I will not carry out my fierce anger,
nor will I turn and devastate Ephraim.
For I am God and not man –
the Holy One among you.
I will not come in wrath.”

The point, and a well-made one, was that God is not cold and forensic in his dealings with man – but his love is a burning, living, thing that has always reached out to redeem. God is not aloof and distant, but intimately concerned with his people.

Hosea is arguably the earliest of the writing prophets (around 750 BC) and the only one from the northern kingdom. That’s of some interest because it’s full of references to historical events in Genesis, to a constitutional priesthood, to the covenant, to the associated law (covering cursing, lying, murder, stealing and adultery), for all the world as if these things existed back then and weren’t invented after the exile…

It’s also the most textually corrupted book of the Bible, but that doesn’t actually affect my purpose here. The Hosea 11 passage is just the kind of text used by the Open Theists to push the idea that God’s “feelings” are real a lot further, and to say that they change and evolve according to circumstances just like ours do. God exists, they say, in time like us and is affected by events to the extent that his emotions are “passionate” in the original sense that they are called out by circumstances and change accordingly. Does he not say through the prophet, “My heart is changed within me”?

Reading through the book again, it struck me forcibly how dangerous, and naive, such a crude mapping of human characteristics is to God, if the aim is to render him truly a “flesh and blood” deity. Let me expand. 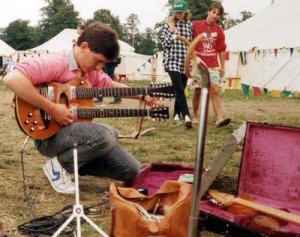 The setting of Hosea is an Israel corrupted by idolatry and heading, as the prophet warns, towards a dreadful judgement, which actually fell later in the century under the Assyrians, effectively ending the northern kingdom’s history and leaving just Judah. In Hosea’s time, though, Assyria was still regarded as a strategic ally – albeit a useless one, the prophet says. The book is built around the concept of the nation as an adulterous wife, and the overall message is that, like a jealous, but just, husband, God will expose her sin and shame her, but then as a loving one will restore her to himself and, indeed, by grace restore her to willing faithfulness.

This whole prophetic scheme is dramatically lived out by Hosea himself, who is commanded by God in the first verses to marry an adulterous woman, the stages of whose unfaithfulness and restoration become both the necessary illustration and, indeed, the emotional powerhouse for the prophet’s ministry. There’s a lot of dispute about exactly what kind of woman Gomer was (Prostitute? Promiscuous? Or only adulterous later on?) and what Hosea knew at the time. But the first really odd thing, when considering God as being emotionally like us, is this: seeing, and feeling, distress over the way his nation was acting, his response is to put a righteous servant into an identically painful position. Now I venture to suggest that those of us who discover our spouses are cheating on us would not inflict the same thing on our friend to show our spouse how it feels. Immediately, we see the analogy has anomalous features.

Then again, though the adultery analogy itself is a very pithy and graphic one for Israel (and us) to understand, there is a significant difference between a cheating wife and a backsliding nation. A good person is right to feel strong emotions when an extramarital affair is exposed. But if that person is also a national ruler, he will not be so wise to take the collective behaviour of his people so personally: statecraft, like medicine or law, requires a certain detachment from passion.

The other thing that is remarkable is that Hosea’s published emotional pain tracks, or at least recalls, the ongoing saga of his wife’s colourful private life. He shames her, separates from her, and in that situation deliberates with himself about his love and commitment to her. Eventually, we assume, the consideration, “How can I finally spurn the one I love and have covenanted with?” prevails over the cooling sense of anger and pain and she is restored.

But the same is absolutely not true of God – during Hosea’s whole ministry, Israel is playing the role of adulteress with her idols. Through the prophet, God both warns of the coming judgement of his wrath, and makes the promise of restoration because of his hesed (covenant-love – the dominant concept in the book). The judgement falls a generation after Hosea’s death, and the restoration, astonishingly, is still an eschatological promise awaiting fulfilment in Christ 2,700 years later.

Now, again I suggest that a husband who, discovering his wife’s unfaithfulness, decided long in advance that he would be angry and divorce her, but that she would undoubtedly repent, and that he would then be swayed by feelings of love and faithfulness to restore her so that they lived happily ever… such a man would be considered exceptionally cold and calculating, wouldn’t you say? Apart from anything else he is presuming on the responses his wife will make to his actions – whereas in any divorce case you or I have come across, much of the pain was the uncertainty over whether things might be patched up and avoid the final breakup of the family. Indeed, the complete knowledge of even the present unfaithfulness of Israel is unusual – usually it’s the complete unexpectedness of the betrayal that both provokes, and excuses, the untoward passions that may ensue.

Now on the face of it, this close analysis seems to make out the picture of God painted in Hosea to be a lie. My reading between the lines instead, one might argue, reveals that he’s actually a cold fish who, if he has emotions at all, manufactures them to order… or even more alarming, carries them around all at once. After all, what are we to make of the fact that God’s expression of unconquerable love is expressed as a profound change of heart within him, which actually precedes the first execution of judgement by many years? We could only conclude – assuming God were really so like us – that he’s a seething mass of changing passions of justice, jealousy, compassion and love that apparently boil to the surface in action regardless of what he believes his state of heart to be.

Not only would such a God be an unworthy object of worship – he would be radically different from the way ordinary folks are, which rather defeats the attempt to make him more personal.

Let’s cut through such nonsense. The truth is that Hosea makes perfect sense when we take it as a true analogy, but make allowances for the fact that God’s way of being is – must be – far different from ours. Only if he foreknows the future with certainty can he lay out the whole future destiny of Israel through the prophet’s insight in a way that makes it any more valuable than a religious cuckold’s moral comparison. But only if he dwells in eternity can he speak of his strong and contrasting feelings – which are undoubtedly more real and more strong than ours – in the present tense. Change and eternity don’t literally mix, but how can one express the dynamism of God’s eternity and not make it seem like impersonal stasis?

Well, of course, I don’t know. And neither do you, because none of us has any conception of what vibrant existence outside of time entails, still less what it means for such existence to interact with our time-bound one in revelation. But I don’t think I’m overstepping the bounds when I say that if I were such a being, and were interacting in that way, I’d be making some pretty liberal, and strong, use of analogy. I’d even expect sensible people to recognise it as such.