I was intrigued last week to read a sketch by Charles Dickens about a shipload of British Mormons emigrating to Salt Lake City, c1860. I hadn’t realised it was that popular here so early. But in retrospect, researching family history some time ago, I’d come across a possible Garvey relative and his wife emigrating there about that time from Birmingham. They fit the Dickensian demographic to a tee. With that personal interest I idly decided to upgrade my knowledge of the early history of the movement. 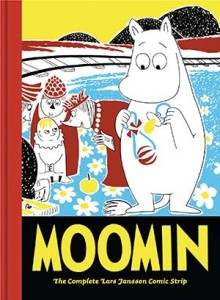 What struck me most was how surprisingly easily Mormonism fits into the religious and social landscape of its time, the period of the Second Great Awakening in America. As one Church history book puts it:

These early nineteenth-century revivals put the principle of churches being supported freely by their members (voluntarism) before liturgy, democracy before orthodoxy, and emotion before intellect.

This was in sharp contrast to the original Great Awakening, triggered by the preaching of George Whitefield, who was directly in the line of Calvinist Puritan preachers, as was Jonathan Edwards, whose first-hand writing on the revival is largely about distinguishing the true marks of faith, including the emotions, from the froth (and even evils) of enthusiasm. See an old essay of mine on revivalism here.

By the time of Joseph Smith, all that was forgotten. Though the Bible was thumped aplenty in camp meetings, theology was not, and individual interpretation became the norm. The personality of the preacher was central, and the emotional effect on the hearers – their immediate experience – was not only encouraged, but at the core of the business, as the writings of Charles Finney (a contemporary of Smith, of course) make clear.

Particularly on the frontier, this lack of interest in doctrine was associated with the admixture of folk religion and superstition. One can see this illustrated in the “theological” arguments used both for and against slavery when that became controversial, for example that the serpent in Eden was in fact, a black (and non-Adamite) seducer of Eve.

In that light, Smith’s story about his youthful confusion at the rival teachings insisted upon by the different denominations (largely various brands of Baptists and Methodists) is understandable. His occupation as a treasure-seeker using a peekstone (later co-opted to help translate the golden plates given him by the angel Moroni), his Freemasonry, and of course his own charismatic reputation as a seer all fit comfortably into a religious milieu in which ecstatic utterances, speaking in tongues and heterodoxy were ubiquitous. This makes it less surprising that a number of the early leaders of the cult were defecting preachers from mainstream denominations.

The immediate success of the LDS should also be seen in the context of significant funding (not only the contributions of many ordinary converts, but some rich backers), of the leaders’ willingness to engage in politics, and of the emerging role of press promotion.

All these things are just extremes of what was associated with Christian revivalism across the US, and (to a much lesser extent) in Britain. There is no doubt that God used it to bring many to true faith – my maternal ancestors were Primitive Methodists, and sincere and godly folk. Yet it gave a certain flavour, it seems, to much US Christianity that persists in the extremes of, say, the Latter Rain and Manifest Saints movements. These are seen as “Fundamentalist”, but in fact the “Fundamentals” have usually been the first thing to go once the biker-turned-prophet gets the Blessing and the microphone.

Now, I may be totally unrealistic in seeing some connections to the Evangelical science-faith exercise in this. But it’s at least worth raising the issue, as it may help explain why I’m apparently rather theologically out on a limb in the US scene, whilst being boringly mainstream this side of the Atlantic. I remember, though, being nonplussed reading one piece on BioLogos about the difficulty of defining “Evangelical”, which concluded that the most central criterion was the importance of a personal relationship with God, issues like Biblical Inerrancy being more peripheral.

In Britain, though a personal faith commitment is seen as vital, it is commitment to Christ via the theological truths of Scripture that is nearly always meant (where it hasn’t become diluted by recent trends, Charismatic and otherwise). This tradition goes back through those who revived Evangelicalism here in the 20th century (like John Stott, Martyn Lloyd-Jones or Dick Lucas), through that of the nineteenth century involving doctrinally-aware preachers like C H Spurgeon, and before them those like Whitefield who were the direct descendants of the Reformed English Puritans, many of whom had studied in Geneva and other European centres of the Reformation.

If experience, rather than doctrine, is central to ones Evangelicalism then, I suppose, the shape of ones theology is bound to be affected. Joseph Smith (assuming his sincerity – and his dying words as he was shot – “O Lord my God” – might support that) clearly didn’t at the outset carefully weigh the confusing teachings of the Christians he heard to see which most agreed with the Bible. It was more important to hear from his own angel.

As for the generality of hearers of revivalist preachers, whether Mormon or Christian, would it be more true to say they were persuaded by the particular doctrinal truth of their denomination, or by the bearing and delivery of the preacher and his mastery of the “new measures” institutionalised by Finney?

During the course of his subsequent career, Finney popularized what came to be known as the “New Measures.” Based on techniques that had been practiced in Methodist camp meetings since the beginning of the 1800s, these measures involved such things as praying in coarse language, bringing commerce to a standstill, allowing women to pray in public, praying for sinners by name in the pulpit (sometimes even naming specific sins Finney knew they were guilty of) and the use of the controversial “anxious bench.”

It seems obvious that shared experience tends towards a shared belief system: that explains how outlandish teachings like Adam becoming God, Joel’s new Army, or Operating Thetans become plausible, indeed obvious, within the group and incomprehensible outside it.

What happens, then, to churches whose origins were in such revivals after several generations have passed, they have become stable and hallowed community institutions and their kids go off to University to study biology? Without a doubt, the emotional excesses disappear. But do they change their emphasis from “experience” to “biblical truth”? Or do they retain “personal experience” as the core Evangelical value, but begin to base that experience on a more civilised and intellectual approach to life?

Say, for example, one is part of that smallish community of Evangelical-biologists-concerned-about-origins. An academic in that community comes up with an idea like Howard Van Till’s Robust Formational Economy Principle, which is essentially re-packaged Deism. Is it generally critiqued by his peers in the light of evangelical theology? Or are factors like its apparent harmony with methodological naturalism, its attractiveness to that community, or the winsomeness of the man himself more significant in its spread? Does its relevance to experience, in other words, trump its theological weaknesses? Under its influence, one assumes, Van Till himself has since abandoned Evangelicalism, if not Christianity itself – does the RFEP then remain consistent with Evangelicalism? After a couple of decades TEs such as those at BioLogos still seem unable to decide.

Maybe these questions are impertinent, especially coming for someone safely ensconced on the other side of the Atlantic and failing to ask himself comparable questions. But when I was a teenager I was asked by a Christian leader to consider why I believe what I believe, and it’s been a useful question for me to ask, and answer, from time to time in the half-century since. It’s one I commend to everyone.

Incidentally, it’s also a question that Dickens put to several Mormons on the emigrant ship. He noticed that they invariably changed the subject. 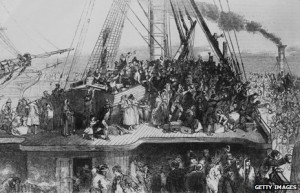