Enduring myths and their aftermath

When I cited Os Guinness in a recent post, I noticed a reference to an important essay by C S Lewis whilst re-reading Guinness’s assessment of humanism. It’s well worth reading, though from the 1940s, and gives that feeling you always get with Lewis that, although a mediaevalist, he was half a century ahead of his time.

As you’ll rapidly appreciate, reading the piece, he is pronouncing a eulogy for the popular myth of evolutionism, which he distinguishes carefully from the biological theory of evolution. I found it interesting that he refers to this myth as “Wellsianity”, since I used the film of H G Wells’ Things to Come as the focus of a blog on a similar theme a couple of years ago. 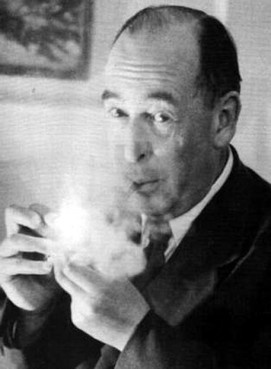 Let me draw attention to a couple of things in this essay. Firstly note the demonstration he gives that popular evolutionism predates Darwin’s theory by several decades, at least. Typically Lewis establishes this via literary quotations, but it has also been shown by the historical fact that, whilst the scientific guild were quite slow to accept Darwin’s theory, the Origin of Species became a best-seller through its popularity with what we should now call “the chattering classes.”

Even Darwin himself was plagued by the “progress” mythology, for though undoubtedly he was part of the society that was longing for a theory of progress, and personally committed to naturalism, he was also after a true biological theory and only reluctantly came to accept the “evolution” terminology of Spencer, whom he actually despised. At the same time I suspect Darwin knew enough about what would sell the theory, and he put in several purple passages about the perfecting wisdom of natural selection, even though the Origin shows a clear awareness of evolution’s capacity to produce “degeneration” as well as “progress”.

Lewis’s essay is fascinating, though, in showing the bearing of cultural setting and  mythology on scientific theory. They were mutually reinforcing:

Almost before the scientists spoke, certainly before they spoke clearly, imagination was ripe for it…

The prophetic soul of “the big world” was already pregnant with the Myth: if science had not met the imaginative need, science would not have been so popular. But probably every age gets, within certain limits, the science it desires.

I’ve pointed out in the past S J Gould’s not entirely tongue-in-cheek suggestion that his own punctuated equilibrium theory might simply be the product of a science beginning to prefer catastrophism again, rather than a closer approach to truth. Gould thought more deeply than most. So did Lewis, who observes that mythical evolutionism became the explanation for everything:

To those brought up on the Myth nothing seems more normal, more natural, more plausible, than that chaos should turn to order, death into life, ignorance into knowledge.

Historically that is so astute – apart from the Teilhard de Chardins of the world turning evolution into an entire eschatological theology, more mundane theology became evolutionary through higher criticism. Anthropology became evolutionary via eugenics and scientific racism, and politics via communism, imperialism and later, Fascism. Economics began to look to endless growth, wealth and leisure, medicine to the cure of all ills, technology to the conquest of the whole earth and then the Universe…

Those of us brought up even much later than this essay will remember how our lives were full of visions of the bright future that science, technology – and evolution – would bring. One of my first serious ambitions was to be the first man on Mars: the future was that imminent.

Lewis, though, reading the runes in the new literature of his time, saw an end in sight. The myth was dying. And looking at western society as a whole, has not his prediction come true? What bright future do politicians now see? After a corrupt and disastrous attempt to impose democracy across the world, it seems that everyone’s keeping as quiet as possible whilst nations fall to militant Islam, too lacking in their own vision even to wring their hands. Workers are becoming used to the reality that their wealth will decrease whilst a few become super-rich – they lack the energy even for revolution. Medicine is about antibiotic resistance and spiralling costs (with rationing!), and the future of the world doesn’t stretch much beyond the inevitable Armageddon of global warming – that’s too close to home to have the same heroic ring as the universal heat-death Lewis alludes to.

It does seem that, as a compass for western society, the Myth has lost most of its magnetism. The public is herded along in the welter of progressive ethical and moral changes, without any real sign that it believes there will be a better world as a result. Hope in progress is nowadays in short supply. To the extent that anyone understands postmodernism, it’s seen as bringing unavoidable, rather than welcome, change.

What makes it impossible that it should be true is not so much the lack of evidence for this or that scene in the drama or the fatal self-contradiction which runs right through it. The Myth cannot even get going without accepting a good deal from the real sciences. And the real sciences cannot be accepted for a moment unless rational inferences are valid: for every science claims to be a series of inferences from observed facts. It is only by such inferences that you can reach your nebulae and protoplasm and dinosaurs and sub-men and cave-men at all. Unless you start by believing that reality in the remotest space and the remotest time rigidly obeys the laws of logic, you can have no ground for believing in any astronomy, any biology, any paleontology, any archeology. To reach the positions held by the real scientists–which are taken over by the Myth–you must, in fact, treat reason as an absolute. But at the same time the Myth asks me to believe that reason is simply the unforeseen and unintended by-product of a mindless process at one stage of its endless and aimless becoming. The content of the Myth thus knocks from under me the only ground on which I could possibly believe the Myth to be true.

Note how Lewis makes a single exception to the proper separation of scientists from evolutionary myth in the instance of Prof D D M Watson, and concludes:

This would mean that the sole ground for believing [evolution] is not empirical but metaphysical – the dogma of an amateur metaphysician who finds “special creation” incredible.

“But I do not think it has really come to that.” He adds. And I found myself wondering whether that was one point at which Lewis had misjudged the issue. Whatever may have been true in Lewis’s time, can it really be said that the scientific establishment – and especially its biological arm – has been successful in keeping “amateur metaphysics” out of its evolutionary science? In fact, is there not some evidence that the one part of society in which the myth of progress is alive and well is in some parts of the scientific community?

Whether it’s in the quest for extraterrestrial life, in transhumanism (and even in lesser technologies like GM food), in the enthusiastic quest to put morality on a “scientific” or evolutionary footing, in the rooting out of religious superstition by any and all means, or even just the plaintive pleas of those like Peter Atkins that the people should begin to taste the bracing ozone of their insignificance in the universe, it seems that the pull of the future is felt mainly by spokesmen for science, whilst the broad masses drag their feet and begrudge the megabucks of funding for particle accelerators and Mars missions… or if they’re in the appropriate demographic, they dig their heels in for Creationism or go off to fight for a Caliphate in Syria. The past is the new future.

I understand that later in life Lewis became much less convinced that the separation of science and mythical evolutionism was as real as he painted it in this essay. Maybe he was right, in that Watson’s quote seems of a piece with much of today’s zeitgeist in the origins discussion.

Whether or not that is so, though, Lewis’s final paragraph is a word to Christians in this generation. He wrote in code, it is true, but as a Christian apologist. Then, as now, the authentic gospel was counter-cultural, bringing de-mystification, but also true rationality, as it challenges whatever comforting illusions the times bring. Maybe now the illusions are far less comforting, and more akin to the stupor of a hard drug taken too regularly. But Lewis is still on the mark when he writes:

We must not fancy that we are securing the modern world from something grim and dry, something that starves the soul. The contrary is the truth. It is our painful duty to wake the world from an enchantment. The real universe is probably in many respects less poetical, certainly less tidy and unified, than they had supposed. Man’s role in it is less heroic. The danger that really hangs over him is perhaps entirely lacking in true tragic dignity. It is only in the last resort, and after all lesser poetries have been renounced and imagination sternly subjected to intellect, that we shall be able to offer them any compensation for what we intend to take away from them.

115 Responses to Enduring myths and their aftermath