Aposematism around the world 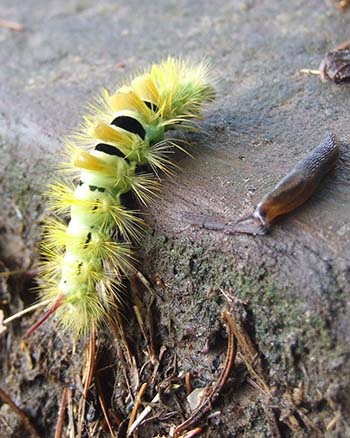 This little chap was climbing the evolutionary ladder to our greenhouse recently. I’m referring to the warningly gaudy (aposematic) caterpillar rather than his cryptic slug friend, destined to be both drab and a toad’s meal. It prompted me to read a little on warning colouration and mimicry, which we debated here a little, some time back. I wasn’t too surprised that it has been a major, and contentious, topic of discussion since Darwin. Ernst Mayr said in 1982 that a biological concept which could clearly and unambiguously explain mimetic phenomena would also solve all other biological problems. 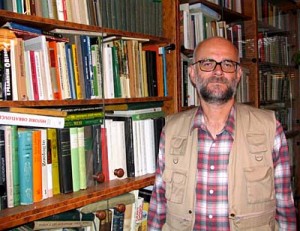 I won’t even try and solve it here. I soon stumbled on a link to an entire e-book on the subject in its historical context by a remarkable Czech scientist, Stanislav Komárek, which I’ve been reading with interest (and some difficulty, as the translation dispenses with any hint of paragraphs). It’s more instructive than I could ever need as a non-specialist, let alone a non-biologist. But I’ve persisted mainly because of the author’s valuable perspectives on the philosophy and history of science, which is what I’ll mainly discuss here.

Prominent colouration in plants and animals was a problem for Darwin, but someone suggested asking Alfred Wallace for his views, and the latter quickly came up with a theory – basically a thought experiment – that a distasteful or poisonous species that developed some easily recognisable coloration would have a selective advantage. Predators eating one would avoid doing so again, so the sacrifice would be to the species’ advantage.

Pretty soon, others tried offering such species to captive predators and reported that they did, indeed, hesitate or refuse to eat them. For a while there was an avalanche of papers to this effect. It seems Wallace failed to consider the rather obvious problem that a new trait inviting predation would never get a chance to be selected. It wasn’t until nearly a century later, with the concept of kin-selection, that a population-genetics study showed that such a mechanism could work.

But in the meantime, there were many other objections and alternative theories, especially during the time from c1900-1930 when the whole concept of Darwinism seemed untenable and Neo-Lamarckian, structuralist and other theories (including creationism) vied for dominance in biology.

One example struck me as emblematic. W. L. McAtee, an ornithologist for the Biological Survey Division of the U.S. Department of Agriculture, was a non-Darwinian interested in mimicry, and opposed to Poulton, the champion of adaptationist views on it. Unfortunately for McAtee much of his work was published at the time when Neo-darwinism was beginning to become fashionable again. As part of his studies on the role of birds in agriculture, he examined the stomach-contents of tens of thousands of birds, and found that “the contents of the birds’ stomachs showed a more or less equal representational ratio of aposematic and mimetic insects, as they appear in nature, from which McAtee concluded that these precautions are not effective on predatory birds.”

McAtee also critiqued the subjectivity of the assessments of the behaviour of predators in captivity experiments – asking if a hawk perching with its prey under its talons, or a cat playing with a mouse, should also be interpreted as hesitation over eating something distateful.

Poulton and other critics replied, correctly, that McAtee had done insufficient statistical analysis of insect distributions to prove his case, and thereafter he fell off the publication roundabout. What seems significant is the differential evidential standards required for the two different theories. Wallace’s adaptationist explanation had been accepted initially without a single piece of supportive evidence. Komárek says that analysing the captivity studies in its support shows that in some cases they were based on only ten insects being offered to predators, compared to McAtee’s 80,000 cases from the wild.

This kind of observation forms the background to Komárek’s exhaustive survey. He points out (not in connection with McAtee, incidentally) how non-mainstream research can find publication difficult, or impossible:

…textbook truths, which lie within the general pattern of scientific  disposition, do not require very extensive proofs, while theories well outside of the prevalent scientific outlook do not have a chance even after collecting a large quantity of material.

He shows, for example, how the stream of articles showing the influence of environment on mutations dried up:

[D]uring the twenties, when the general atmosphere was inclined to believe these opinions, these works made up an integral part of the truth of scientific journals and textbooks – editorial staff and later agencies which control research represent something like an internal court, which decides in secret what is and what isn’t true… More in-depth research of these sources would probably bring much new information – if not about the nature of heredity, than at least about the nature of the scientific community.

Most fascinating of all are the accounts he gives of how entire scientific cultures have become extinct for extraneous, political, reasons. For example, we are now completly oblivious to the fact that at one time, “Anglo-Saxon” (British and American) approaches to biology and evolution (including, of course, mimesis and aposematism) differed greatly from European ways of doing science.

For example, much good biology was done in Russia, which became cut off from the west by the Iron Curtain. The infamous Lysenko was not the whole of Russian biology, but became the reason to ignore the rest (and even Lysenko’s moulding by his socio-political environment is instructive in showing how much the same process happened in the west, for example in social Darwinism. Komárek has a long and amusing passage detailing the links of specific biological theories to their social setting – which even explains the different importance Darwin and Wallace placed on sexual selection, given their personal lives!)

German biology all but perished (as an original contribution) after World War II:

It is a world which today is for a large part filed away, much like the works and questions of later Antiquity or of the Middle Ages – the shift of accent and of the primary language of mainstream science towards the comprehensive and lucid Anglo-Saxon way of thinking after 1945 (even in Germany) leaves these studies to be buried in the depths of libraries, perhaps for future historians of biology. This shift of accent, among other things, shows that a new biological paradigm always appears on the shoulders of the winners (a similar shift took place in Japan), but it also shows that it is impossible to discard from a compact national intellectual heritage only those parts which directly gave rise to a historical catastrophe and humiliation and to keep intact the parts which did not play a part.

In fact, the “German” way of understanding the world, at once complicated and cumbersome, and on the other hand deep and penetrating, understands man’s nature and the nature of other organisms in such depth, that the possibility of  misuse (even unconscious) is really great,  therefore the conscious shift away at that time in history is quite understandable even in people with a profound ability of reflection and self-reflection (the Anglo-Saxon model of thinking, which only skims the surface of the object of study, on the one hand provides less information, but on the other hand it does less damage).

French biology (remember, the term biologie was coined in eighteenth century France) diminished in importance with the decline of French as a language. Accordingly, what we see now as the “objective findings of Science™” is what Komárek, from a broader, external perspective, sees as an “Anglo-Saxon monoculture” taking over the world. In fact, one of his themes is the myth of science as an ever expanding and progessing system of truth. Rather, much real knowledge gets buried in the back-rooms of libraries, perhaps in languages most people can’t read (oh for the days when the entire academic world wrote in Latin!). Worse still, when those libraries need to clear out their shelves of what is “no longer relevant”, which books will go to the skip and be forever lost?

The author, therefore, has deliberately sought out those forgotten pieces of research, and as a result not only provides an astonishingly comprehensive view of the problems and proposed solutions for what has been an important biological phenomenon over the entire history of science, but gives all of us a timely reminder of how little we actually know and how much we take for granted on poor evidence.

At the same time he gives us several completely new sets of spectacles with which to view biology – which is pretty scary, but to me deeply educational. 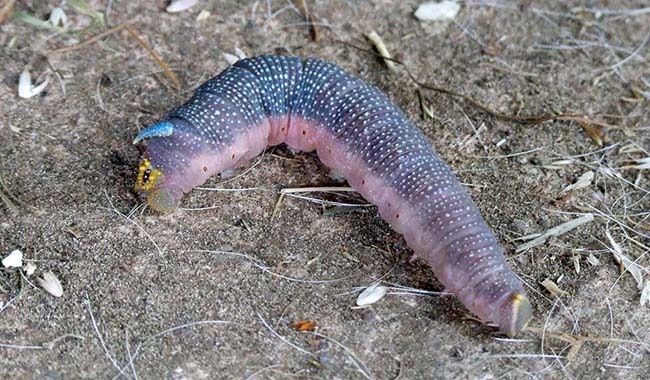 Another distasteful friend of Potiphar

14 Responses to Aposematism around the world