There’s an interesting take on the historicity of Adam on the Colossian Forum, as part of a project funded by BioLogos, Beyond Galileo – to Chalcedon: Re-imagining the Intersection of Evolution and the Fall, of which at least one of our readers, J Richard Middleton, is a participant.

The piece, by Aaron Riches, is interesting in critiquing a major strand of BioLogos’ own position as being tarred by the same brush as Biblical Creationism. Both, he suggests, are tied into the same unwitting subservience to the supremacy of the modern scientific paradigm, a criticism I’ve made myself. BioLogos has disowned scientism in the past, but we are all susceptible to its soft form, in which we do not claim that only scientific truth is valid, and yet default to it as the principal arbiter on most questions – this is the spirit of our age.

Aaron’s position on Adam is hard to appreciate coming from a scientifically biased background. It is easy to misunderstand him as denying the validity of science, but that is not his position at all. Rather, he is saying that the reason that informs faith (and that is presented to faith by Scripture and the world) encompasses much more than the limited epistemology that science affords. In particular, especially with regard to Adam, it is our resonance with the personal that is key.

He begins with the central fact of Christian experience – the personal incarnation of Christ. In Paul’s discussion of Christ’s ministry in Romans 5, it is the person of Jesus who is central, but it is also the person of Adam off whom the discussion bounces: the origin of our sin is as personal as the origin of our salvation, and should not, and cannot, be reduced to mere metaphor. This, he says, is why Genesis begins the revelation of God with the account of an actual person.

But how, we might ask, does this deal with the criticisms of an Ayala, a Venema or a Falk that genetics does not allow us to admit a single pair as the ancestor of humanity? The essay makes no direct attempt to answer that, but that’s not because no such accommodation is possible, but rather because it’s not desirable. After all, whatever else an actual Adam is, he belongs somewhere in history, not in science. If a single human once invented the bow and arrow (which is not impossible), that fact would be quite invisible to archaeology. In fact, with uncommon exceptions archaeology can tell us little about the human importance of individual lives – even dating a rich bronze-age burial to the exact year would not tell us what made the person buried worthy of this honour. 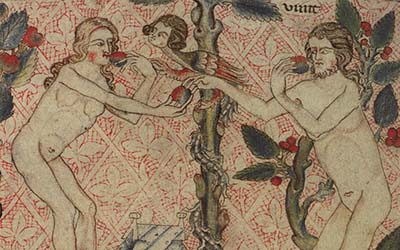 There are a number of ways that Adam might be accommodated to the scientific story – I’ve even suggested some of my own. But that’s not Riches’ point. Instead, within the life of faith, we should view Adam as we were intended to view him, and not let one particular aspect of experience – our current genetic models – overturn the rest of human experience.

Trying to get a better handle on where Aaron Riches is coming from in this, I was particularly helped by his link to a piece by an Orthodox writer, Jonathan Pageau, which I found resonated with ideas I’ve also had over the last few months. Pageau too is open to misinterpretation (and was soundly misunderstood by a number of scientific readers in the comments). But what he’s saying is not so much a critique of science as a presentation of the case that we are in danger of losing touch with the primary level of reality as we over-stress the instrument-based scientific picture that has developed since Galileo.

As I suggested at the close of my recent piece on postmodernism, the primary level of experience, shared by all men not only now but in all times (and even by the animals) is the level of the sensory, the phenomenological. Pageau, too, suggests that whenever we look away from the telescope and the supra-sensory insights of that and other instruments, the world is flat, heaven is above us, we confront each other face to face – and this level of reality is where most human meaning is to be found.

Don’t conclude he’s trying to return to a mediaeval science – as he says, the mediaevals well knew the world was round, but in daily life even with that knowledge, the world is experienced as flat, the sun rises and sets, and so on – and there is real meaning in all those un-mediated sensory experiences.

I’m reminded of Arthur Eddington, who defended the mundane world before an imaginary tribunal of scienists (he was himself a ground-breaking astronomer, of course):

This doesn’t dismiss the scientific, but does, as it were, rehabilitate the world of daily experience, as Pageau does, as the place where we should most seek meaning and significance. A few weeks ago, before reading either Riches or Pageau, I’d thought of doing a piece with this general theme.

Imagine a great film you enjoy on TV – one with a message of the most significant human emotions, moral content and so on. It may be pretty instructive to study how the director has achieved his impact through his the script, the cinematography, the sound and so on. It may be interesting to understand the financial and political struggles that brought it to the screen. It may even be valuable to go deeper and understand the various scientific and technical aspects of film-making and TV.

But what is the film, really? How is it meant to be experienced? Miss the human impact intended by the director, and everything else is relatively unimportant. So then, what is God teaching us about in Adam, at every important human level? That’s the big issue. The “how” of Adam is well down the list of priorities. 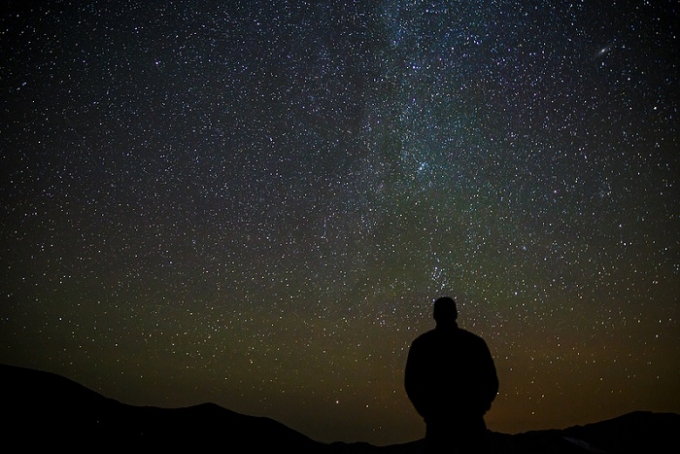