In this post, on the possibility of “adamic man” living with some other kind of “humanity”, I dropped in a passing comment on the difficulty for Darwinian gradualistic evolution of being able to come to grips the meaning of a word like “human” at all.

Merv picked this up (remembering at least one exchange on universals we’ve had in the past):

Does the fact that we can’t look at our continuous visible spectrum and point precisely to where it stops being red and starts being orange (other than by arbitrary selection of a cutoff frequency) mean that there can be no sustainable category of “red” colors?

It just doesn’t seem to follow that an inability to define precise boundaries negates entire (and nevertheless important!) categories.

I intend to move on in the vein of that previous post soon, but I think this point is worth addressing again first, as I’ve read some more philosophical texts since the last conversation that suggest that Darwinism does have a real problem with universals and essences, as I had argued before. It predisposes to a stringent nominalism – ie that there are no universals that aren’t simply arbitrary labels for things that happen to have certain similarities. Unfortunately I’ve forgotten the arguments put forward in those sources, so I’ll have to wing it from first principles.

Let me start with Merv’s example of colours, which does lay out the problem. We assume that light is actually a continuum of different frequencies of radiation. According to Merv’s analysis, although we cannot closely circumscribe the limits of a colour like red except by some arbitrary convention of a cutoff frequency, that does not destroy the reality of the universal we call “redness”. What he’s proposing might be called a “fuzzy essence”, a concept that has long been recognised in philosophy in the question, say, of how much wood you can remove from a chair  before it loses its “chair” nature – it’s the basis of “fuzzy logic”. There is, nevertheless, a true category of “chairs”.

But we need to look at what constitutes redness qua redness for us, and that is that it is light that stimulates our long-wavelength photoreceptors in a certain way, together with the “smart” processing of their responses thereafter. It’s not even as neat as a wavelength range: as the colour theory website of David Briggs says (who joined us here in the discussion of spectral colour last November), the colour we judge as the purest red cannot even be evoked by a single wavelength of light – only a mixture stimulates our “red” response maximally. Also, colours well outside the range can be re-interpreted as red in the context of a scene. So, scientifically at least, redness is a property purely of the human nervous system and mind – it’s a subjective essence. But, one might argue, if all people have the same photoreceptors, is the category not a genuine universal, despite the fuzy boundaries?

Well, clearly not necessarily. Certainly different kinds of animal have different long photoreceptors with different frequency responses. Indeed the signs are that the third of our photo-pigments – that which gives primates alone of mammals tri-colour vision – arose by a mutation of the second. Supposing 50% of the human race had a mutated long-wavelength receptor that responded to some of the usual “red” frequency range weakly, but far more in the blue. Where would the universal “red” exist then? I suggest that the arbitrary cut-off points would become the only valid criterion.

Let’s look at that by another example. The British TV station Channel 4 has a series of wonderful “ident” clips. I can’t resist linking a few:

You’ll see that random elements in the landscape, at one point only, coalesce to form the channel’s logo, “4”. It’s a pretty good analogy for gradualist evolution: at some point we see the form of the “4” begin to emerge from the scene, and recognise it for awhile until it begins to disintegrate. It is only a perfectly formed logo for a frame or two, just as we might recognise a Stegosaurus or a species of trilobite appearing for a brief span of gelogical time before changing into something different.

But, we might say, while it is briefly visible it has the true nature of the figure “4” – a numerical universal as well as, in a more limited way, a universal logo for the company’s productions. But think again – the only reason that particular arrangement of moving shapes is significant is because we attribute an arbitrary semantic value to it. The conceit of the graphics is that “really” the phenomenon is a pareidolia – an illusion of the channel logo. But the only reason it is not completely formless, and that that particular assemblage has an “essence” in a way that the assemblages before and after do not, is because our minds (arbitrarily) assign it a place with all the other “figure 4s” we have seen. Intrinsically it is no more significant than all the other patterns in the sequence. In other words, to be a universal essence, a mind needs to have created the idea – and in fact it then becomes a teleological target at which the video aims. If it has no teleology, there is no universal.

But for all that, biologists (we might say) have no trouble recognising distinct taxa, even whilst recognising they have fuzzy boundaries in time (as they evolve), and even across populations (for no two share all the same characters). But in fact this is a case of philosophical double-think, akin to the way that teleology is denied whilst being universally employed in the study of function. In fact, it’s really another case of teleology, because biology inherited its whole concept of taxonomy from those like Linnaeus who based their entire system on the reality of fixed essences.

Because species did exist as real essential natures (conceived, ultimately, by God), all the taxonomist had to do was select the best fixed expressions of that nature – the proportions of certain bones, say, or the number of petals – and use them as criteria to define the taxon. By so using characters as indicators of a true essence, the variations could be ignored as (in Aristotelian parlance) “accidents”. And so black fur from a mutant gene doesn’t exclude an animal from being a rabbit, but sabre teeth and lack of incisors would.

Modern biology inherited this general view of classifications (what is a clade but a hierarchy of defining characters?), whilst denying that fundamental natures actually exist – what we call “rabbit” is merely a description of a gene pool in flux whose examples share certain arbitrary “key” characteristics, that we have chosen for convenience. It has no actual boundaries at all – rabbits 100K years ago had a somewhat different spread of genes, and will do so in 100K years time. At some point they were and will be a different species – “species” being defined by purely mental criteria rather than anything definite in nature. 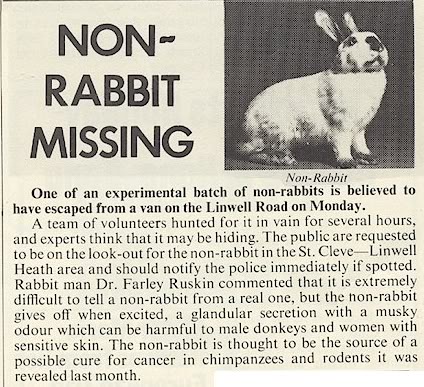 We only get away with this because of the apparently fortuitous discontinuities in the continuum at any point in time: we can talk about rabbits and non-rabbits, as if there was a rabbit “essence”, only because we can set the arbitrary taxonomic criteria that make it distinctive in this present world. In other words, we make it, like the Channel 4 logo, a target at which evolution has, briefly, arrived, provided we pass over the individual variations that make each rabbit unique. It is as if we could define red easily because only hydrogen-spectra existed in our world.

Needless to say, biologically the same is true of the present human species: we know people from non-people (provided we are not 18th century anthropologists, class-conscious soviets or aborters of “pre-implantation zygotic material”). But apart from arbitrary demarcation criteria, evolutionary science can only recognise “human nature” by the teleological target-setting it has offically rejected as invalid.

Now, such “irrational” and “subjective” human assessments may be of use to us in practice, but can’t be granted the status of universal truth (so pngarrison’s original difficulties with Adam’s rubbing shoulders with “non-humans” would purely be a matter of subjective judgement). The only let-out I can see for that is if we introduce God back into the picture (and why would we ever exclude him?). We must say that he has in mind something that he regards as a truly objective universal human nature: that in creating “man” he creates more than just similar biological entities, but variations on a true essence – a teleological target.

In taking human flesh to redeem it, The Son does not just take on a particular individual entity, nor a minimum set of taxonomic criteria, but through an individual the core of what it means to be “man”. He becomes “The Man” (or Adam in Hebrew). 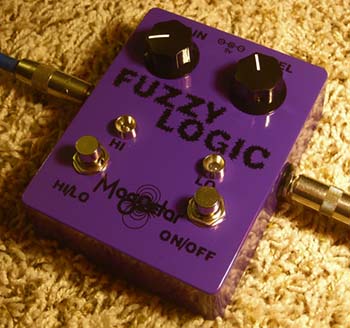 That means two things. Either God himself defines the boundaries of mankind by some arbitrary, nominal, criterion – perhaps one that matches our self-perception, or by some other Linnaean-type key characters. That would be his prerogative as Creator, but hardly seems worthy of him. “Christ died for all with a cranial capacity in excess of x cc” has something distinctly wrong about it.

Or gradualistic Darwinian evolution is not an adequate explanation for the arrival of mankind and his essential nature: somehow a target or template, like the schema of the “4” in the videos, was “smuggled” into the creative process as well. That could happen in several ways:

1 Most naturalistically, by macro-evolution being saltational rather than gradualistic: the natures biology studies would then be real and distinct, rather than being merely human artifacts.
2 By directed evolution: God has his own “fuzzy essences” centred on true teleological targets. And he has his own demarcation criteria.
3 By the endowment of the first man with a separately-created rational soul, as in Roman Catholic teaching
4 By the calling of one or some men into some kind of ontologically transformative relationship with God.

But in all four cases the boundaries of human form would be distinct, and the human race would have a clearly demarcated beginning, in God’s eyes. We could, perhaps, call that beginning “Adam”. 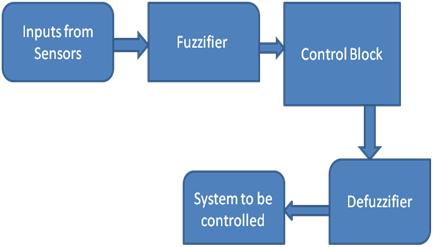 Is this what makes you see red?

Training in medicine (which was my career), social psychology and theology. Interests in most things, but especially the science-faith interface. The rest of my time, though, is spent writing, playing and recording music.
View all posts by Jon Garvey →
This entry was posted in Adam, Creation, Philosophy, Science, Theology. Bookmark the permalink.

25 Responses to Essences, fuzzy or firm