Exciting times ecologically close to home. Just a dozen miles from here, the first wild beavers to be seen in Britain since they were hunted to extinction in the eighteenth century have been granted UK citizenship. Presumably introduced deliberately (as none have been known to escape from captivity) the fate of the half-dozen or so living on the River Otter has been in the balance, as the risk of their carrying infection was discussed. 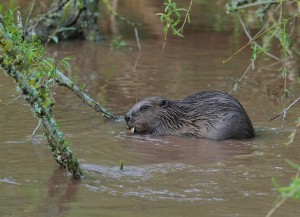 In the event, it was recently decided to capture them, or a representative number, screen them and release them, the potential benefits to our ecology having been prioritized over excessive caution by the fait accompli of a breeding population. My home Bible Study group has a useful contact in the form of a member of one of the involved official organisations, English Nature. (In fact it’s quite a scientifically well-represented house group, numbering also the former principal of one of our main agricultural colleges and a former staff-member of the Royal Observatory – though not my Great Uncle Will.) My friend broke the news to me of their clean bill of health, and their imminent release back to the wild.

Interested in their provenance, I asked him if DNA had been able to disclose from which European population they come (and joked that maybe, like the Himalayan Yeti, they’d prove to be a cryptic native population hiding in Devon for centuries). He didn’t know, but said DNA had been sampled, but primarily to assess genetic diversity, with a view, if necessary, to introducing further stock to widen the gene pool. I’m quite excited by the thought that the government agencies, having opted for a permissive policy, are now actively facilitating what amounts to the most significant re-introduction programme the UK has seen. 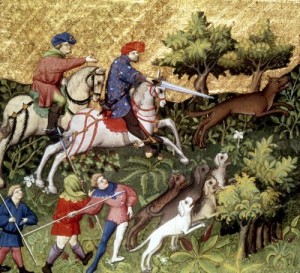 Potentially, though, it’s not the biggest that will occur. There has long been talk of re-introducing wolves, hunted and trapped to extinction in England by the thirteenth century and probably extinct in the remote Scottish Highlands by the eighteenth. But this week a serious plan was announced to do trial re-introductions, in fenced estates, of the European lynx, which probably became extinct here around late Roman times. Encouraging top-level predators to return to Britain is a lot more controversial than beavers (those abroad may find it hard to appreciate that Britain has none at all, the largest being the rare Scottish wild cat, not much bigger than a domestic tabby). But apart from romanticism, there are sound ecological reasons for the plan.

One of the main ones is that the wild deer population of Britain is now the largest since the ice-age, to the detriment, especially, of woodland biodiversity. Man was, for centuries, their only predator. But public sentiments have changed to a rosy urban liberalism heavily influence by Bambi and Watership Down, hunting with hounds has now become illegal and the economics of country life don’t give farmers time or resources to go out and shoot them. 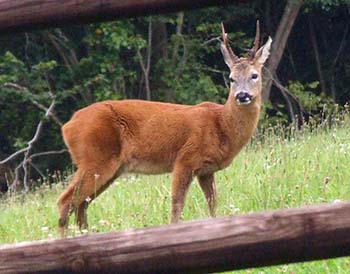 I confess that, personally, I’d regret losing the family of roe-deer, which regularly browses on our spread, to a lynx. Though seeing the lynx itself would certainly compensate. Farmers, however, are naturally more concerned about losing livestock. The experience of the French Jura, where the lynx has also been re-introduced, shows that it’s a genuine problem. Sheep losses have levelled off at maybe a couple of hundred a year, up to 0.5% of the total population, but these losses are concentrated on certain areas, involving only 10-20% of flocks, which obviously makes it disproportionatetly tough on certain sheep farmers.

It seems that although sheep-taking lynxes are a minority (a parallel, perhaps, to the occasional Indian tiger that goes man-eater), culling these doesn’t solve the problem, because others soon appear. Neither are sheep taken through shortage of other prey, for the affected regions have high roe-deer numbers. It appears that some as yet unknown local environmental factor encourages lynx to take sheep.

The researchers suggest that only changed shepherding practice will help the problem – perhaps having more, and bigger, dogs on the prowl. It would be nice to think of shepherds abiding in the fields, keeping watch over their flocks by night, but even in the Jura one suspects that would be an unpopular modern alternative to fulfilling EU bureaucracy online or watching TV. So top predators, in a confined land like ours, do pose a real economic problem. In mediaeval times, it was the real dangers to travellers, livestock and the occasional baby in a cradle or grandmother in the forest that led to generous bounties being paid for wolves – and even for legal penalties involving the presentation of a stipulated number of wolf-tongues. In Northumbria, wolves were so rampant that even the mobilisation of large numbers of people could not protect the flocks.

On the other hand, an overpopulation of deer carries its own premium, not only to forestry but to arable agriculture which, to be candid, is economically more significant than sheep-farming. It is quite likely that overall the benefit to the environment will save money overall. Even if it reintroduces antisocial crying wolf amongst our disadvantaged young people.

In the end, I suspect it’s more a question of attitude than anything. In this world we always win some and lose some, but one can either decide on a basic policy of trying to eradicate all threats and rivals and ending up with a tidy, but dying, land; or, like many peoples across the world, one can accept a degree of economic attrition, and the need for judicious culling, in return for stewarding the world we have rather than thinking we can do radically better. I am quite certain the latter is more like the role man was given in the sacred space of God’s cosmos in Genesis 1.