For some reason, far too late last night I found myself following a contentious thread on a site I don’t normally visit, because (as in this instance) it tends to be a slanging match between Creationists and Atheists. I was just curious, honest.

One sub-topic caught my eye. On the Creationist side, someone mentioned the origin of biological information, which led to the not unfamiliar skeptical challenge to define such information mathematically or admit that there was nothing to discuss. Now personally I see infomation (a bit like “function” and “natures” really) as one of those teleological concepts in universal use in biology until it is named as such, when there is a scramble to disavow its existence beyond the metaphorical. But there is no doubt that all attempts to define such information in a rigorous way encounter frustration, at the point of distinguishing formally that which “does something” from that which is just a random string. Shannon information is sometimes held up as the only valid information theory, and that of course has nothing to say about what information means.

There was a telling point in the squabble when the original commenter suggested that demanding a formal mathematical treatment was casuistic, when a qualitative treatment of information was sufficient to pose the biological problem of information.The atheist’s reply came back:

Relying strictly on qualitative measures greatly increases the likelihood of being wrong. This is why charlatans flock to fields like psychology, sociology, and economics and tend to avoid math, physics, chemistry, and computer science.

That’s an interesting statement, relating as it does to the accusations of “physics envy” in the softer sciences, as well as to the New Atheists’ usually unstated tendency to mean by “science” only those disciplines that can be grounded in mathematical laws. “Scientism”, as in this case, tends to despise the human sciences – they are pseudo-disciplines to which charlatans flock. The same kind of accusation is made about philosophy, which again (despite the Bayesian equations of analytical philosophy) cannot be freed from controversy by mathematicisation. True science, on the other hand, removes controversy – which is why it’s a comforting religion for some.

It’s certainly true that human sciences are more vulnerable (but only more vulnerable) to human bias and even manipulation because they are more qualitatively based. But to imply, as this commenter and some more famous writers do, that this renders the fields empty of true knowledge, is to say more than most sane people would want to. Keep in mind that the original argument was that biological information, because it cannot be defined and expressed mathematically, actually doesn’t exist: life is not information-based at all.

The comparison with the despised soft-sciences, then, implies not only that charlatans flock to them, but that only charlatans flock to them, and that like astrology or phrenology, there is no truth-content to them at all. In other words, if psychology is pseudo-science, there is no such thing as mind to study: people’s thoughts are random. If sociology is chicanery, then society is an illusion; people relate to each other randomly. If economics is sleight-of-hand, then managing money is subject to neither concrete nor statistical rules. Which is as much as to claim that minds, society and money are non-existent.

Only the hard sciences, then, are capable of delivering truth… which claim is, however, clearly self-referential, in that science is produced by minds, for society, and costs money: such spontaneous generation ex nihilo would seem to be a very shaky basis for epistemology if accepted.

Now, one interesting point in the exchange to which I referred is that, in arguing about the status of biological information, our atheist anathematized psychology, sociology and economics, canonized maths, physics, chemistry and computer science – and didn’t mention biology at all. I venture to suggest that is because, on any criterion, it sits right on the fulcrum of the hard sciences and the soft sciences. Indeed, the paucity of mathematical precision in biology is proverbial, as the recent discussion about wildly variant results from the “biological clock” in human evolution exemplify. In fact, the term “physics envy”  was first applied to biology, leading to Ernst Mayr’s spirited defence of its uniqueness.

So if biological information eludes definition, it might be because, like phlogiston or the aether, it doesn’t exist. Or it might instead be that, like mind, society and money it’s a higher-level phenomenon than the mathematics appropriate to the physical science is, in the nature of things, capable of discerning, just as normal instruments cannot detect dark matter.

One needs, perhaps, to ponder what common factor might underlie all these indefinable entities. 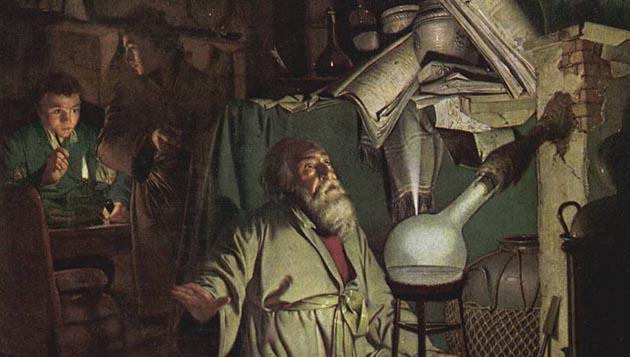