A nice story in The Independent: A new (old) cure for MRSA? Revolting recipe from the Dark Ages may be key to defeat infection.

The story, as I hope you’ll read, speaks of a “stomach-churning potion…”, a mediaeval eye-salve which nevertheless has been found to treat MRSA. The journalistic aim of the piece is to amaze one that the Neanderthal ignorance of the Dark Ages could accidentally produce something which, though inevitably Dark and Horrible, pluckily rivals the infallible results of Science™.

In fact, Wikipedia‘s entry on the source says this:

Bald’s Leechbook (also known as Medicinale Anglicum) is an Old English medical text probably compiled in the ninth-century, possibly under the influence of Alfred the Great’s educational reforms.

So it is old, but not that dark – it was produced under Christian royal patronage to provide as reliable a source of medical knowledge as possible. My first question is whether it’s really as horrible as all that. Here’s the formulation: 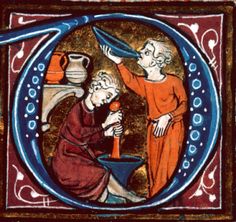 “Work an eye salve for a wen, take cropleek and garlic, of both equal quantities, pound them well together, take wine and bullocks gall, of both equal quantities, mix with a leek, put this then into a brazen vessel, let it stand nine days in the brass vessel, wring out through a cloth and clear it well, put it into a horn, and about night time apply with a feather to the eye; the best leechdom.”

Leeks, garlic, and wine are all pretty palatable as well as innocuous; bullock’s gall somewhat less so, perhaps. But what’s with the shudders of disgust when in our time pit viper venom, human pituitary extract, the hearts of accident victims and the stem cells of embryos specially created (and then deliberately killed) have been standard treatments? In fact, the Independent article mentions that the gold standard treatment for MRSA is vancomycin, of which it might be ywritten:

Take ye soil from the land of Borneo and collected by a missionary. Ferment many days, and then mix with well-boyled water and plunge into the bloode through a hollow needle.

What’s also interesting is how much of the vox populi assumed the story must be an April Fool joke (two days early). Old stuff couldn’t really work. Other comments either followed the “Those wise old guys can teach our meddlesome age a thing or two” (and they have a point), or the “Even savages occasionally get lucky, but don’t get overenthusiastic” tropes.

Somebody even managed to put in a plug for the persecution of witches as the reason for lost wisdom – listen, guys – this cure was found by monks and Christian scholars under a Christian king, not cranky old ladies with black cats.

Here’s one of the “up with the new” comments:

Before someone praises the wisdom of the ancients, let’s remember how many quack remedies have existed and that many did more harm than good. It is one thing to note the effect of a herb and another to mix several ingredients together based on primitive or even magical ideas of what might produce a cure. If the ancient formula provides a useful antibiotic, chances are not all the ingredients and stages will be needed to produce whatever is killing bugs. 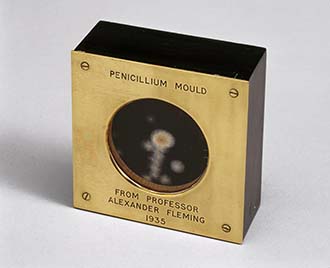 Now, this is no doubt largely true. If there were no errors in the past, there would be nothing to improve in the present. But it’s worth remembering (a) that it’s a lot easier to assume old medicine was harmful on the principle that old = superstitious, than to research it to find out, as the team did in this case; and (b) that even in my medical lifetime it isn’t only quack remedies that have been deemed to do more harm than good, but old standards like phenylbutazone, new wonder drugs like practolol and diazepam, and entire suites of scientifically assessed management schemes that were dismissed as traditional errors after a decade or so and replaced with new scientifically assessed management schemes.

That said, modern pharmacology has indeed produced many more effective treatments than the traditions of the centuries before, but I wonder how much of that is due to the theoretical basis of medical science, and how much to its industrial organisation.

In Saxon times, life was harder for all, and the medical and pharmacy “professions” were probably largely implemented by monks in their infirmaries. It’s hard to be sure what theoretical base they worked on, but for the sake of argument let’s assume it was the old theory of humours. If the infection was considered to be due to lack of green bile, then looking to combine the correct principles from various sources in nature to find a synergistic one would lead to much trial and error. Lucky successes would be circulated in writing through the monastic (or in this case royal) grapevine.

Now consider how modern pharmacy, in most cases, works. On the theoretical model of molecular biology, likely candidate molecules (for it’s assumed doctrinally that only single molecules are required, despite the synergy of antibiotic mixtures like co-trimoxazole) are identified, perhaps from natural sources like mould or ox bile. Then, by the wonders of chemistry, endless “usual suspect” side chains are substituted, and the hundreds of results tested in animals and in vitro against against a database of reactions known to be associated with therapeutic success. This weeds out the drugs that kill and maim, and highlights possibly useful molecules, which are then put through more extensive trials.

In most cases, at least before the very recent advent of genetically tailored molecules, the process is essentially trial and error, but carried on with vast financial and industrial resources quite unavailable to ninth century society. Furthermore, the basic screening tests for “useful” molecules are more pragmatic than theoretical. They militate against finding radically new types of treatment, which is why most drugs, even when molecularly novel, provide simply better or safer versions of old treatments (for example, the replacement of tricyclics with SSRIs for depression). New uses are often only found by chance in clinics, for example the discovery of an important role for the old tricyclics in neuropathic pain, which took longer than it should have because there was no financial incentive for doing research on an off-patent drug. 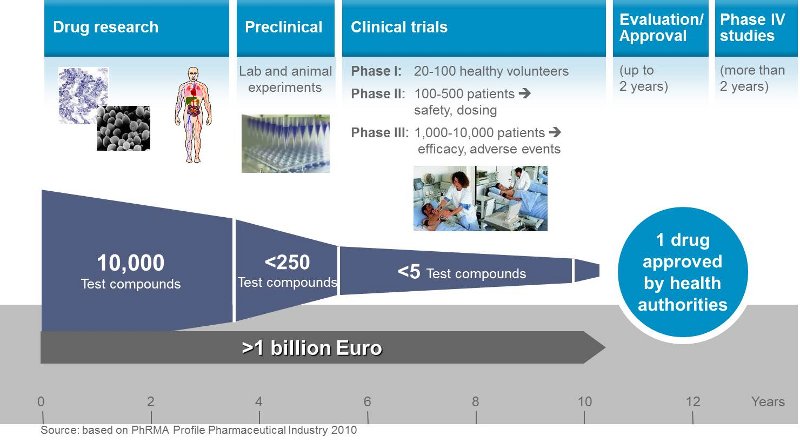 So it would be interesting to conjecture what would have happened had Big Pharma been applied to the theory of humours (or whatever the monks were using in King Alfred’s time). They’d have combed nature for potentially useful drying, wetting or whatever agents, mixed them in varying degrees, screened them against the usual databases to find a few useful combinations, and then refined their production as industrial chemists do in the food and drinks industries. The results would, I suggest, have been no less successful, and no more fortuitous, than what established the big drug companies of our own times.

There would, as the guy in the Independent com-box said, have been fewer single molecules and more synergistic mixtures. And it’s hard to see why that is a disadvantage.

Who knows, maybe it would have produced remedies effective enough to have prevented medically induced problems like MRSA in the first place. 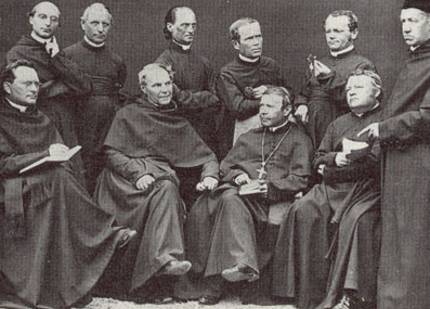 Training in medicine (which was my career), social psychology and theology. Interests in most things, but especially the science-faith interface. The rest of my time, though, is spent writing, playing and recording music.
View all posts by Jon Garvey →
This entry was posted in History, Medicine, Science. Bookmark the permalink.

11 Responses to Against method