How law-abiding is God?

I get the impression that Evolutionary Creation, especially in the shape of BioLogos, is less keen on “open process theism” than it was a year or two ago. It’s hard to be sure, though, because whilst individuals there will criticise people like our Eddie Robinson for tarring them with its brush, none of them seem to be saying, “Yes, that was the prevalent theology of theistic evolution, but we now believe that was an error.”

It certainly was the dominant paradigm, not only within my experience of BioLogos output over the past six years I’ve been there, but also in the “theistic evolution” section of books like Dembski and Ruse Debating Design, where it is represented by John Haught, John Polkinghorne and Keith Ward; in Gordon and Dembski’s Nature of Nature, represented by Howard Van Till, and in the acknowledgement of its dominance by R J Russell in Cosmology – From Alpha to Omega in which he criticises it as “Statistical Deism”. It is also the principle that underpins the appeal of Open Theism to popular TE writers, such as BioLogos co-founder Karl Giberson.

Just to remind those late to the party, “open process” objects to a God who would “call all the shots” and determine evolutionary outcomes, and so in various ways presents him as granting the natural creation “autonomy” or “freedom”, by which one must actually understand “ontological randomness”. This leaves evolution as the open-ended “blind search” that Darwin envisaged and Dawkins popularised a generation ago.

The corollaries are that God is seen as “putting his image” on the first intelligent species that nature happened to turn up, rather than intending man as he is; that any perceived shortcomings in nature can be attributed to evolution rather than God; and that “design” is a synonym for “despotism”, which is no doubt one of the primary reasons for the historical antagonism of BioLogos to Intelligent Design advocates even if they endorse evolution and an old earth (let’s not forget too soon Dennis Venema’s description of his recognistion of the perceived flaws in Meyer’s Signature in the Cell as his “Behe moment”).

Now one of my (many) objections to this whole scheme was the ad hoc nature of its theology of divine action. For example, John Polkinghorne, though fulminating against the sheer megalomania of a God who would decide creation’s outcomes in detail as “a divine puppet-master”, is nevertheless keen to discuss possible modalities for divine action without breaking natural laws, through quantum or chaotic interventions, presumably to allow for New Testament miracles or special providence.

My particular objection to this is that, if the autonomy of creation is so absolutely vital to a theodicy of self-giving love (the tired old divine kenosis trope also belongs here), any divine intervention to produce specific outcomes is by definition a detraction from this love. So just how much divine action would be “good”, before it became a curtailment of creation’s freedom? Are there actually any robust criteria for including the Resurrection or saving grace in divine action, but denying speciation to it on the grounds of creaturely freedom?

Well, maybe that’s an old debate (maybe I even won it, given how often I pushed the point at BioLogos and over here, though without once receiving a decent reply!). But there is an analogous problem in what seems, possibly, to be emerging as the EC2016.v1 consensus platform for theistic evolution, which one has to admit is rather more theologically orthodox than the previous releases that are now apparently, like Windows 7, no longer being given technical support.

The newer version seems far more confident in affirming that God fully intended mankind (not just some generic intelligent species) to emerge by the evolutionary process. It’s less clear whether that planning (dare we call it “design” yet?) extends to the rest of nature – it sometimes seems as if God’s creatorial pride over Leviathan or Behemoth in Job is still understood as his surprised delight at evolution’s self-achieved products. But it no longer raises quite so many hackles to suggest that evolution is guided by God – a great change from just a year or so ago: that’s how quickly you go out of theological fashion in the origins debate! 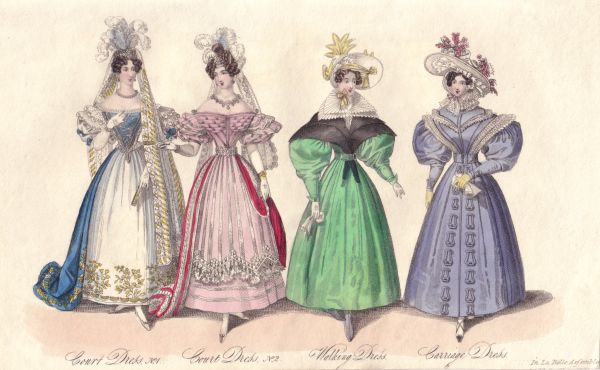 It would seem that, for the most part, the way that God is seen, by today’s TEs, to be able to ensure the biological outcomes he desires without succumbing to performing creationist miracles or ID designs, is by returning to a far more deterministic concept of “scientific law” than was held hitherto, at the expense of ontological randomness (that is, the randomness autonomous from God on which “open process” depends).

Perhaps, then, evolution is far more lawlike than we thought. Perhaps Simon Conway Morris’s convergent evolution is a major constraining power, or perhaps even something like Michael Denton’s concept of biological frontloading diminishes the open-endedness of evolution (which would account for Darrel Falk’s positive review of his book).

Even ECs are beginning to realise that to speak of God directing an undirected process is as incoherent as his creating the weight he cannot lift. And good old natural law – the closed system of nature on which modern science was built – enables God to direct without interfering with the reliable “natural processes” he created and set in motion. 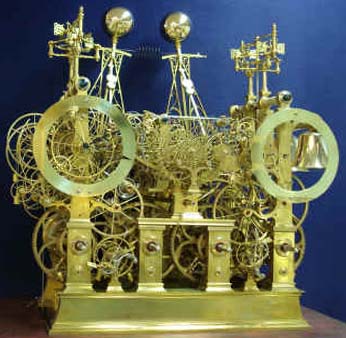 It’s not that the new version of EC (or even the old semi-deistic version) absolutely precludes such “interference”, for since BioLogos is an Evangelical enterprise, most of its spokesmen endorse the physical Resurrection of Christ, probably his miracles too, and maybe even those in the OT or, rarely, in later times. But insisting on the “integrity and sufficiency of natural laws” to explain evolution runs into the same objection I made about open process – exactly how much interference, through miracles and other divine action, is allowed to God before he starts to “violate” nature?

For, stated or unstated, the “natural causes” argument usually depends on the theological claim that if miracles were other than extremely rare, not only could science not be done (tell it not in Gath!), but the world would no longer display the reliablility and predictablity that are the hallmarks of God’s creative love.

And so one finds claims that quantum indeterminacy really doesn‘t affect the determinacy of macroscopic laws (contra Russell), that chance (unlike the old “open process” kind of chance) is subsumed in that determinacy, and that even human choices, and maybe miracles, could be accommodated via some kind of Molinist scheme. And all to avoid the untidiness of divine action in real time, and by implication in real palaeontological time, when it’s so much more elegant if God set up the Big Bang to produce the lot by perpetual motion!

It’s worth recalling, though, the circumstances by which the idea of nature as a closed system arose. That’s another post, really, but it’s pretty common currency that the Enlightenment program began with a view of a passive, atomistic nature ruled inflexibly by God’s laws, and included a theological suspicion of, at least, contemporary miracles, which became a complete antisupernaturalist rejection with the critiques of those like David Hume.

In fact, as many have now pointed out, there was never either empirical evidence, nor good philosophical or theological arguments, to support the closed view of nature. All it really was is an intellectual fad, albeit one that lasted several centuries and still appeals to tidy-minded scientists, even Christian ones, now. One might accommodate a few exceptional miracles, but more than that, and too much of the world is beyond the reach of science for comfort. Fortunately, since we don’t see miracles now, it’s not a practical issue.

The trouble is, though, that both Christian theology and Christian experience fill the seamless robe of lawlike nature as full of holes as an Emmenthal cheese. Take the business of miracles, for example. Craig Keener’s analysis of extensive survey material from around the world suggests that the number of people currently alive who would claim to have witnessed miraculous occurrences is in the region of 500 million. Much of the astronomical church growth in “majority world” countries has actually come from people who believe they or loved ones have been miraculously healed. Indeed, Keener makes the case that anti-supernaturalism is essentially a cultural aberration, self-sustained by groupthink, of the western academic establishment… which sadly includes even Christian scientists. 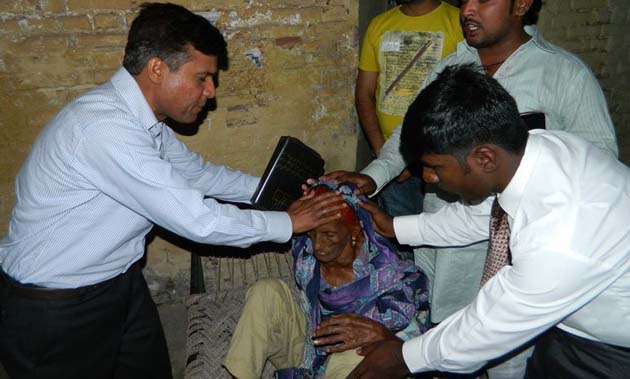 Theological cessationism arose with, and soon came under the influence of, Enlightenment rationalism. But even in the West, many ordinary people don’t share it – it’s just that the intellectuals dismiss their beliefs, and their experiences, as ignorance. It’s of course possible that all these witnesses are wrong, and a theological case (if rather a weak one) can be made for cessation of miracles after apostic times. But even if that were so, belief in providence – whether seen as operating through or apart from that elusive category of “natural causes” – is central to Christian praxis, because intercessory prayer is central. And there are very many more than half a billion Christians in the world who would affirmn that God has acted to meet their needs in prayer.

So how much of this kind of irregularity can be allowed to disrupt the “regular processes” of nature before we object to God that he’s interfering excessively? The fact is that, miracles and providences included, the world is no more or less predictable than we experience it to be. Which, in practice, is pretty unpredictable. Outside the lab, nothing in the future is certain – inside the lab, it’s just imprecise.

I don’t see a problem with that. If God is by analogy a householder, whilst one would hope to come home and find the house still there, the lights working, your property more or less where you left it and so on, a household ruled by unchanging routine would demonstrate a particularly obsessional owner, or maybe one who was altogether absent. True, we’ve all come across the opposite, chaotic households where you never know who’s in the family or whether the bailiffs will arrive any moment to evict you. But most of us like to be in setups where interesting things happen in a good way, against a background of stability that, because it is assured, can usually be forgotten. The real-time actions of persons are the least predictable element, and the most creative.

So just how much divine action is actually too much for our world, if we ignore our own cultural prejudices in the matter? If we accept happily that God is making active choices in the world now – to heal or not to heal, to bless or curse, to save the lost or punish the reprobate – then how much involvement is “right” for him to have in the natural world, including the world that he loved and ruled before there were people?

And whatever conclusion we reach, can justify it by sound arguments? 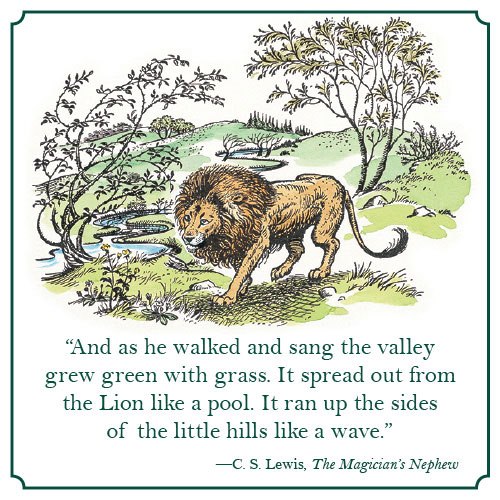 2 Responses to How law-abiding is God?