A centenary of structuralism

Preston Garrison has been sending me a trickle of articles on structuralism since I did a piece (primarily) on the vertebrate pentadactyl limb, let’s see, nearly four years ago. He recently sent me a good Nature piece marking the centenary of D’Arcy Thompson’s book on the mathematical basis of form, On Growth and Form. 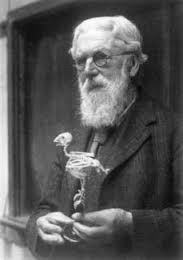 The piece contains useful links to a number of articles on this subject, and I especially draw your attention to this link to several Nature articles since it limits free access to one month, and the clock’s ticking away!

All the links, and Nature’s own approbatory tone, show that work has been done, and is being done, on the structuralist idea that the form of organisms is constrained on mathematical priciples, rather than being only subject to natural selection. Yet it’s also true to say that you will seldom, if ever, hear structuralism mentioned in popular accounts of evolution, whether secular or BioLogian.

It would seem very likely that this is because structuralism is seen as a rival to the Neodarwinian synthesis, and Nature suggests this was in the mind of Thompson when he wrote his 1917 book:

In part, he was reacting against one of the biggest ideas in scientific history. Thompson used his book to argue that Charles Darwin’s natural selection was not the only major influence on the origin and development of species and their unique forms: “In general no organic forms exist save such as are in conformity with physical and mathematical laws.”

I’m afraid I find it very hard to view the Modern Synthesis as a purely scientific theory now, without reference to its sociological role and, specifically, its metaphysical implications. It always strikes me as a worldview struggling with its rivals for hegemony, whether that be downplaying the necessity for the “Extended Synthesis” mentioned in my last post, or the various other ways in which alternative theories have been sidelined by its proponents from the start (from the ostracism of the mutationist Richard Goldschmidt by the dominant population geneticists in the 1930s, to the professional assassination of Richard Sternberg, himself a structuralist, for daring to publish a paper by Stephen Meyer).

Accordingly, any alternative to random variation + selection is regarded as a rival to received theory, and so it’s difficult to find much serious scholarly assessment of the relative importance of structural constraints and selection. I think this is largely for the same reasons I mentioned in the previous teleolomy piece: Neodarwinism is pretty much alone in offering a naturalistic and materialistic explanation of life. “Darwin makes it possible to be an intellectually respectable atheist” (Dawkins). In order to do so, the theory needs to be alone, for if other mechanisms are admitted to be of comparable importance to natural selection, the exclusion of teleology (and ultimately guidedness) becomes that much more difficult. Hence the downplaying of, or downright antagonism to, the Third Way proposals of alternative evolutionary mechanisms.

And so every school-child is taught that the pentadactyl limb is evidence for Darwinian adaptation, when in fact it is the very opposite – it represents the persistence of formal constraints across every conceivable variety of environment from sky to sea to underground tunnels, and across the whole range of tetrapod taxa from amphibians to birds and mammals since vertebrates first took to land.

At first sight, structuralism itself appears no great threat either to Darwinian evolution, or even to metaphysical naturalism. The latter, as far as I can see, amounts to no more than an annoying itch, in that structuralism, by suggesting laws of form, also conjures up the spectres of philosophical realism (taxa are real universals, not arbitrary human constructs) and, worse still, the immaterial world of Platonic forms and God. In fact, from Thompson to Turing the treatment of structuralism has been mathematical, not mystical, so it could be considered by atheists to be compatible with naturalism, if potentially “corruptible.”

My impression is that even as a rival to Neodarwinian science structuralism might be regarded as no real threat. The headline of the Nature piece seems to hint as much when it says, “On Growth and Form showed how physical and mathematical forces affect natural selection.” To me this suggests a scenario in which mathematical constraints determine what biological forms can exist and survive, and therefore which are fittest, and therefore which are favoured by natural selection. Natural selection, it seems to be saying, is “affected” by the forms with which structural laws present it, but is still the final common path.

But is that really a legitimate way to look at it? Even more than is usually the case in discussing evolution, it adds “natural selection” as a creative force when it really just means “death”. For example, it seems likely that there is some mathematical principle that determines that echinoderms must have fivefold radial symmetry – they can do no other. Or perhaps they can, by producing monstrous anomalies, at the cost of some catastrophic consequences (this certainly appears the mysterious case in many departures from vertebrate norms of form). All but the five-fold therefore die quickly, and one could say that “Natural selection favours fivefold symmetry”. But you would really mean that “Only five-fold echinoderms can exist, mathematically.” The process is entirely non-Darwinian and, in fact, deterministic – it is running in unconnected parallel with any real definition of fitness other than merely  “not dead”, and any definition of natural selection other than simply “mathematical reality.”

A bit of reflection, though, shows that the damage to evolutionary concepts is potentially even more severe – remembering that nobody has done the work on the relative role of structuralist “laws” and Darwinian processes. Remember I mentioned how the persistence of the pentadactyl limb is wrongly taken as evidence for Darwinian adaptation, when at most the variations on the theme might, or might not, be adaptive. However, over and above pentadactyly as an argument for Darwinism, it is usually taken as slam dunk proof of common descent – clearly if you and your gerbil share pentadactyly, you share a common ancestor.

But what if pentadactyly had nothing to do with descent with modification at all, and everything to do with mathematical structural laws we don’t yet understand? Such limb structures would then emerge mathematically whenever certain conditions (entirely unknown, as yet) apply. And in a relatively unexplored field, who knows what other structural laws might operate to produce the conditions in which pentadactyly must emerge? After all, it’s now suggested that the diagnostic form of ornithischian hips evolved twice, and we have to redraw the entire dinosaur and bird family tree.

We don’t assume common descent because water and mercury both form spherical drops, so why should commonality of form (once we know of the existence of mathematical constraints) imply common descent? One can only make that assumption if one makes a step of faith, a priori, that Neodarwinian natural selection is the norm, and other forces like structuralism are only peripheral and unimportant.

Currently we have no way of affirming that – but if we don’t, pretty well the whole of biology is up for grabs. Maybe that’s a powerful enough reason to silence the structuralists for good. 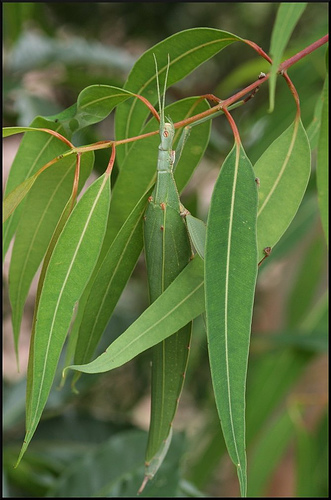 6 Responses to A centenary of structuralism