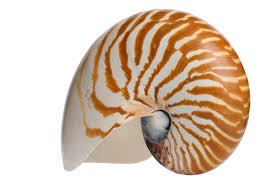 Yet another “unexpected” piece of news on evolution was carried by the Washington Post, though here’s a link to the version in The Independent. As you will see, it concerns the remarkable degree to which cephalopod mollusks like octopi recode their RNA for a number of important functions, including (as the relevant study shows) their nervous system. It appears that their proverbial intelligence is not in the genes, but in their editing (the article contrasts them with the Nautilus, a cephalopod that doesn’t recode, and doesn’t therefore predict election results, escape down pipes and so on).

The most remarkable thing is, of course, is that it’s a remarkable thing.  That a particular group of animals has found a new way to do evolution, I mean. Not that this ingenuity is unknown in mollusks anyway – it has already been found that each different group of mollusks has created its own set of unique ORFan genes for the task of shell secretion, when you’d expect this core function to use adaptations of a homologous mechanism. But re-inventing the wheel is commoner than you’d think, from the theory of common descent.

But a second interesting feature of the article is the ubiquitous use of teleological language, suggesting that how squids improve their minds is itself pretty clever:

…cephalopods use the tweaked RNA to generate new proteins.

…it’s as though a chef has replaced the scribe. Perhaps the chef owns an oven that doesn’t heat up well, says Joshua Rosenthal, a neurobiologist at the Marine Biological Laboratory in Woods Hole, Massachusetts, and an author of the new study. The chef decides to write down a higher temperature than the printed recipe calls for. Or maybe the chef is in the mood for something sweeter, and alters how much sugar a recipe has.

In a previous study, Rosenthal discovered that octopuses living in the Antarctic used RNA editing to keep their nerves firing in frigid waters.

Of course, a press release is for public entertainment and is not a scientific article, but though the paper itself is behind a paywall, its summary also describes the process as “a strategy for diversifying proteins…”, and points out that “it is infrequently used among animals for this purpose.” You just can’t escape the teleology nohow.

But such ends-orientated language is used so ubiquitously in evolutionary science that we don’t even notice it any more. Yet here, by dulling our critical perceptions, it actually disguises the fact that the active participation of something in the organism – what, exactly? – is being invoked as governor, above and beyond the determining role of the genome, which becomes merely the passive object of RNA editing. From the press article again:

Bass, who was not involved with this new research, agrees that the idea is enticing. It made “perfect sense” that the more sophisticated cephalopods would rely on recoding, she said, “because that would allow them to diversify their nervous system.” 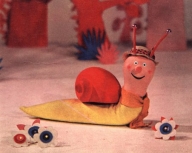 It only makes perfect sense if the cephalopods are sophisticated enough to think that diversifying their nervous system would make them smarter, and that that is a good thing. Snails and clams do pretty well without such a nervous system.

Now, indeed, the scientifically more correct ateleological language is represented in the article too:

This efficient-causation language (which actually doesn’t explain much at all, but just repackages a mystery in adaptive platitudes, it seems to me) is even used to account for another mystery: that this RNA tweaking blocks off the normal genetic processes of evolution. From the abstract:

Due to the large number of sites, the surrounding conservation greatly reduces the number of mutations and genomic polymorphisms in protein-coding regions. This trade-off between genome evolution and transcriptome plasticity highlights the importance of RNA recoding as a strategy for diversifying proteins, particularly those associated with neural function.

Or as the author explains it to the press even more teleologically:

Widespread RNA editing comes at a cost. If a mutation occurs at an editing site, the animals’ cells can no longer tweak it. “You can’t mess around with that underlying structure,” Rosenthal says. It turns out that these squids and octopuses have much lower rates of DNA mutation – which Rosenthal called the “currency of evolution” – than other organisms. In other words, while most animals adapt and evolve through changes in DNA, they seemed to prioritise RNA recoding.

This, to me, is the most astonishing and far-reaching matter of all in the piece. “Transcriptome diversification comes at the expense of slowed-down genome evolution.” “Expense”? “Prioritise”? Even a “trade-off” between the two? The cephalopods (very wisely) avoid “messing around with that underlying structure”? Let’s remember that evolution is usually presumed to be something that organisms fail to avoid, that happens to them despite several levels of error-correction giving a selective advantage to preserving the present successful gene configuration – in Dawkins’ famous model it being the selfish genes that create the entire organism as a machine to preserve themselves intact.

Conventionally it is only the limitations of all this error correction that allow a proportion of mutations to get through the net, the majority of course deleterious or nearly-neutral, and so allow evolution. Hence all that human ancestry stuff is based on assumed irreducible baseline mutation rates, which is even so inevitable and regular as to be deemed a “molecular clock” . 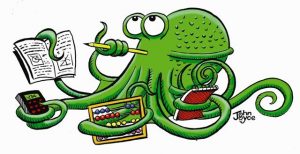 But it would appear that these savvy cephalopods actually have a purpose for “diversifying their proteome”, which involves the novelty of the extensive transcription editing of their genome – but also entails the “trade-off” of switching off the usual genetic errors in order to keep the new method working. These clever octopi have done the calculations, and decided that the cost is outweighed by the benefit.

What that suggests to me is a far more profound conclusion: that all the more conventional organisms in the world are in all likelihood similarly concerned with evolutionary strategy. Teleonomy rears its head (or tentacles) yet again. They could have found ways (as the squid have) to improve their error correction and banish all those risky mutations for good. But (to indulge myself in the same teleological language as the biologists use) it doesn’t suit their “evolutionary strategy” so to do. For them, genetic mutations, the usual currency of evolution, deliver the necessary outcomes just as well as all that RNA recoding.

After all, that’s the way we’ve managed things, and we’ve certainly been able to diversify our nervous systems at least as well as anything with tentacles. Maybe… 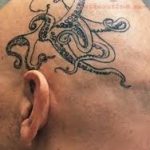 Well, once more only relevant to the subject by the name, here’s some music you may like if you have some spare time: an excellent, and complete, album by the wonderful progressive rock band Gentle Giant.