What a historic Eden means for understanding “goodness” in creation

In a recent post I argued for the case that Genesis 2 intends us to take the garden of Eden as a real place set in geography and history. I want to take that idea a bit further, and draw some conclusions on what we are intended to understand about the “very good” nature of the Creation before the Fall.

In the linked piece, I suggested how the four rivers mentioned “from Eden” correspond pretty well to rivers known to have flowed in the 3rd millennium BC and for some limited time before. First let me fill out why I think it’s more plausible to see them as tributaries to the river of Eden, than as distributaries from the garden out into the world.

The text says a river flowed from Eden (the region) into the garden “to water it”. It then describes the river becoming four “heads” from “there”. John Walton takes this figuratively as indicating blessing pouring out to the world from the garden. But in fact the text is about how the river makes the garden, the setting for the story, abundant. Apart from the fact that only figurative rivers ever split to flow round whole nations from one major river, it’s more in keeping with the text to think of blessings coming from “many nations” to this haven of God’s blessing. It also matches the geographical setting of the Euphrates delta, whose abundance both of water and fertile alluvium was known to come from the source of the rivers. So I take it that the writer turns our direction upstream, to the four heads that converge on the land of Eden, and thence to the garden.

In his account, Walton speaks of the way that the text names all the good things found in the land of Havilah – gold, bdellium and onyx, to show how this shows the blessing from Eden. But this list of blessings is only given of the first river, the Pishon, flowing to just one territory, Havilah. The Gihon is only said to wind round “Cush”, the Tigris to flow on the east side of (the city of) Asshur, and the Euphrates is not further described at all. This reads far more like localising details for a particular readership.

A reader in Ur, for example, might be expected to know already what is described in the text regarding his local rivers – he would certainly not need to be told that the Tigris flows round Asshur. A reader in the Levant would know of the Euphrates, but less about the other rivers. I don’t think we can use this to pin down the place of writing precisely to Abraham in Canaan, Israelite tradition in Egypt, Moses or some later Hebrew writer. But the point remains that it seems to be inviting the reader to locate Eden then, not to lose it in a mythical never-never land representing the whole lost world of innocence.

Moving on to the description of Eden itself, I find the same geographical realism. The word “Eden” itself represents the region in which the garden is set. Earlier ideas that it derives from a word for “steppe” seem to have given way to a consensus that it comes from an Aramaic word for “abundance”, but both actually make sense if we regard Eden as set, according to the description of the rivers, somewhere below the confluence of the Tigris and Euphrates in south Mesopotamia.

An extensive etymological study by Tsumara suggests this “abundance” refers to water supply. The earliest Sumerian cities were built in this general region because, like other alluvial plains (including the Nile delta and the Jordan plain mentioned in the same sentence as Eden in Genesis 13), it floods regularly and so provides both water and fertile mud.

But in such settings, especially where, as in much of Mesopotamian and Egyptian history, rainfall is short, the blessing comes at a cost. Left to itself the ground is pretty barren. Abundance of food, as opposed to water, comes only when humans irrigate the ground to put the water where it is needed. Use Google earth to view such a delta – the Euphrates being a prime example – and you will see a patchwork of green fields and plantations surrounded not by wild greenery, but by bare soil. 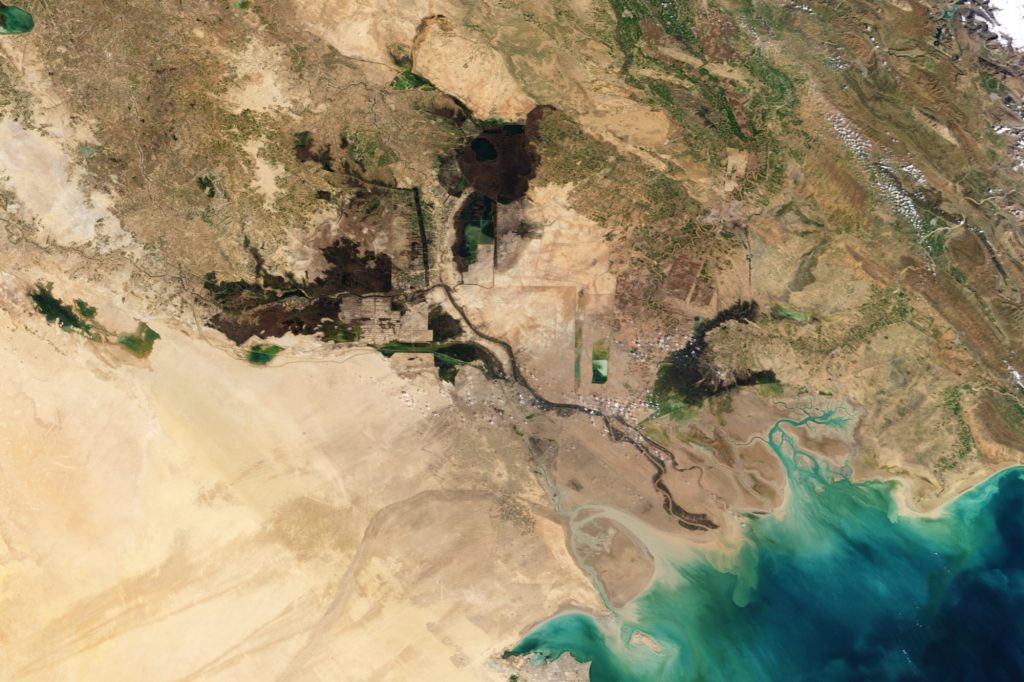 Now see how closely this matches what we read in Genesis 2. This is based on Gordon Wenham’s translation:

No shrub of the plain had yet grown in the earth, nor had any plant of the plain yet sprung up up, because Yahweh God had not made it rain on the earth and there was no man to till [irrigate] the land. But the springs of the earth used to rise and water the whole surface of the land.

A number of commentators have pointed out that here there are two contrasts explaining lack of vegetation on the “plain” of the delta: no rain for the “shrubs” of the “field”, ie the rough uncultivated scrub on which one can only keep flocks; and no human irrigators for the dusty “land” which is potentially suitable for agriculture. Freshwater inundation answers the first lack: the answer to the other is Adam, the cultivator.

The story goes on to speak of God’s gracious provision for Adam in the form of a garden ready-planted, which it is Adam’s job to cultivate. The first point to consider is that, after exclusion from this garden, the description of the original land of Eden outside it given in ch2 matches exactly the conditions that would make agriculture hard work, without any change to the processes of nature. 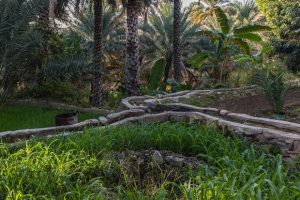 The second thing to note is that the garden of Eden, in such a setting, is indeed a place of relative ease and plenty – but is also necessarily small enough to be maintained by Adam and his wife Eve on their own. It does not – if we take the text seriously – reflect the physical state of the whole world. And even in itself, it is represented as requring the same kind of work, in the same kind of climatic conditions, as would be required in a similar garden today. This is a small holy enclave within the world.

My conclusion from this is that we need to look for the “bliss” (to use the old description) of Adam and Eve in the garden as not being primarily to do with the conditions of nature at all – for those conditions look very much like those that would have been found by an early reader of Genesis following the geographical directions to the Euphrates below its ancient confluence. In fact, they look very much like those to be found there today, making allowance for minor changes of climate, sea level, and human factors like damming and warfare. 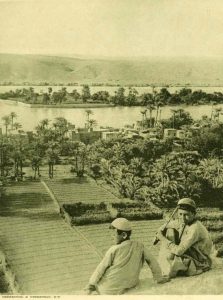 Instead, I suggest that Genesis presents Eden as a home-sweet-home for Adam in the same way as it is for proud Iraquis today (one can easily find web pages by them extolling the claims for their home as the original site of Eden, on the basis of their justified pride in its beauty).

The garden does indicate special material provision, but I suggest that, as a physical environment, it was much like any other garden. Where it was special, in the sense that we can truly say that it is now lost to the human race, is in its spiritual dimensions. The text represents this partly by the special trees in its midst – the tree of life and the tree of knowledge of good and evil. But these speak of – and may even represent in mythical language – the nature of the relationship between God and the chosen couple. To be living in the immediate presence of God within the ordinary blessings of earthly provision is what Genesis seems to me to be representing.

To Israelites in the hill country of Judaea, a very different geographical setting, the eschatological promises of God were described in terms of each man living under his own vine and his own fig tree. Their new homeland was painted in glowing terms by Moses in Deuteronomy as “a land of mountains and valleys that drinks rain from heaven”. He contrasted this with a negative picture of Egypt, “where you planted your seed and irrigated it by foot as in a vegetable garden” – exactly like Eden, in fact! 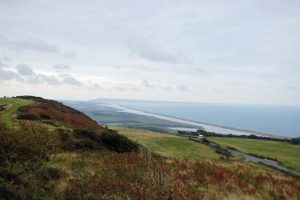 I have recently spent a few days walking the hills of my own Devon and Dorset, and wouldn’t want to live anywhere else. In contrast, a documentary this week had natives of Timbuktoo in the Sahara desert extolling the virtues of their sandy home. Home, indeed, is where the heart is, and the world, even as it is now under sin, possesses a huge range of blessed places to captivate every kind of human heart.

But the unique thing about the garden of Eden, it seems to me, is not its physical properties. Mythologically-described elements aside, it is pictured as an ordinary place with its own particular blessings (as our favoured homelands have their own peculiar blessings). But the extraordinary relationship with God which originated, and perished, there, is truly unique. With the future full restoration of that relationship, we are promised a whole new world order that will take us far beyond what Eden represents. But even if that new order turned out to be similar to what we have, it would still be as much heaven on earth as the garden of Eden was.

Would that be “perfect” or just “very good”? A pedantic question, it seems to me. Heaven, as well as home, is where the heart is. 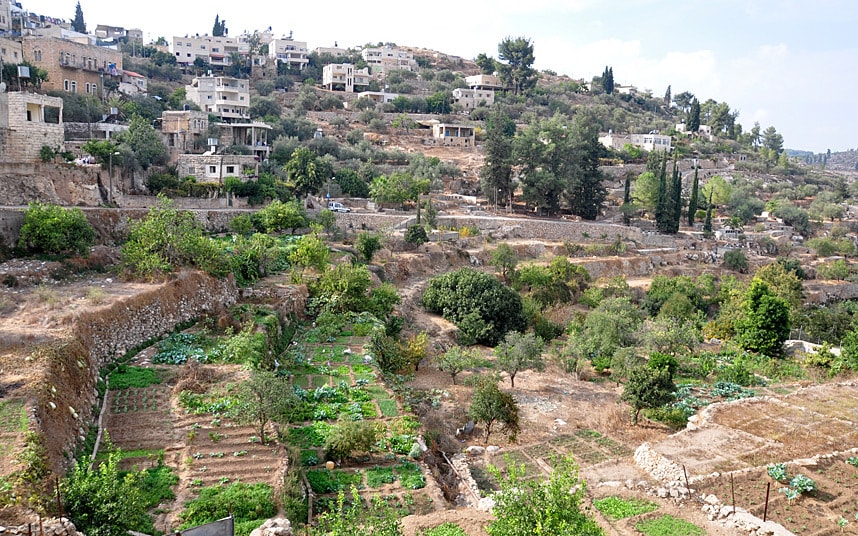 Training in medicine (which was my career), social psychology and theology. Interests in most things, but especially the science-faith interface. The rest of my time, though, is spent writing, playing and recording music.
View all posts by Jon Garvey →
This entry was posted in Adam, Creation, Genealogical Adam, Theology, Uncategorized. Bookmark the permalink.