I’d like to follow up Edward Robinson’s piece on the “natural/supernatural” distinction by showing some examples of how meaningless the concept of “natural” is in everyday life. Of course, for the card-carrying believer in Naturalism as a worldview, “natural” must mean “everything”, which makes it a useless word anyway – unless it’s used in contrast to “artificial”, which as I’ll show is not without its problems either.

How often have you heard people say that in the bad old days, surprising or catastrophic happenings were attributed to acts of God, but that now we know they are natural events? I suggest that in most such cases, that’s just mumbo-jumbo based on nothing rational, still less scientific. 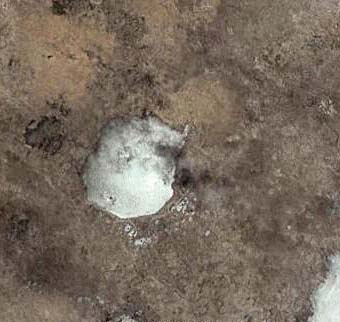 Take, for example, the ancient asteroid strike in Mesopotamia I mentioned in a reply to Jay  a couple of posts back. The crater caused by this event has been identified as the Umm al Binni Lake. Though it would have caused a major tsusami, this strike seems unlikely to have been an explanation for the Mesopotamian flood stories (though that cannot yet be excluded), and is unmentioned in any other historical records around the time of its occurrence. But it’s conjectured to have been a factor in the demise of the Sumerian civilization and the rise of the Akkadian empire of Sargon the Great.

So it’s a good example of a “natural disaster”, rather than a divine act, right? But does that word “natural” actually signify anything in the context? Science can give us some approximate statistical probabilities on how often asteroids of various sizes will impact the earth. Yet not only are most asteroids too small to be detected in advance (witness the 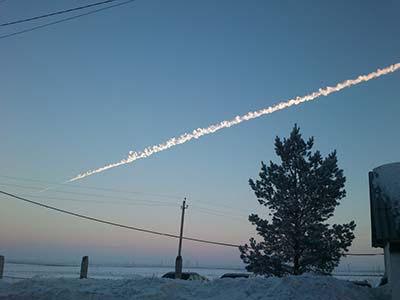 Chelyabinsk meteor of 2013, which shot in from left-field whilst the world was discussing the dangers of a completely different near-earth asteroid), but their orbits are so perturbed by the gravity-fields of other objects that they are chaotic, and unpredictable in detail over time. If we have no precise idea what forces are producing the actual course of the asteroid, in what sense can we say it’s “natural”, as opposed to anything else? It can only be by assuming there is no God governing, or alternatively supervening on, those forces – and by assuming that there are not even any conventional aliens monkeying with rocket motors, either. Assumptions are not knowledge. 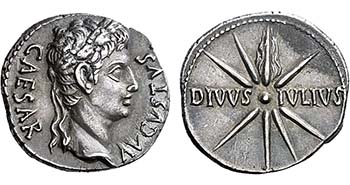 Comets are a similar case. Many are aperiodic, having such eccentric orbits as to appear out of the blue and then disappear forever. An example is Caesar’s comet, which appeared in 44BC and may have been the brightest comet on record. Throughout history comets have been taken as omens, particularly as omens of regime change, and in this case the phenomenon appeared conveniently during a festival organised by Augustus to deify the recently murdered Julius Caesar, thus also putting a divine seal on Augustus’s rule as first emperor of one of the world’s greatest empires.

Of course, the comet’s treatment as an omen does not make it one in reality, but neither does it actually mean much to assert in contradiction that it was “natural”, when nobody can say even now whence it came and whither it went.

Things are not even that much better in the case of periodic comets, whose orbits (by definition of less than 200 years duration) are well known and so scientifically predictable, of which the most famous example is Halley’s comet. As a small boy I knew it was coming back in 1986, and I even bought my son an astronomical telescope so we could appreciate its full glory together. In the event it was something of a damp squib, partly because it was (predictably) far away and partly from light pollution, leading me to pen a poem of considerable but unrecognised literary merit:

There once was a comet called Halley
Which most of us saw rather poorly
I’ll be a hundred and nine
When it comes back next time
But by that time I hope I’m in glory. 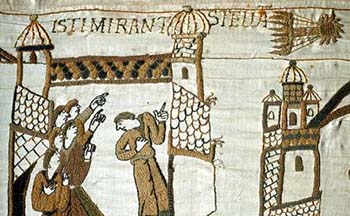 Halley’s comet, too, was famously taken as an omen of regime change, during its 1066 appearance, regarding the death of King Harold and the accession of the Norman regime – England’s last conquest, so far. It even made it on to the Bayeux Tapestry. “But we now know it was a natural event”, and perhaps with some reason if the comet appears with clockwork precision, exactly as predicted (like the recent total eclipse) by the scientists. But hold it a moment – that’s not the case:

The average period of Halley’s orbit is 76 years but you cannot calculate the dates of its reappearances by simply subtracting multiples of 76 years from 1986. The gravitational pull of the major planets alters the orbital period from revolution to revolution. Nongravitational effects (such as the reaction from gasses boiled off during its passage near the Sun) also play an important, but smaller, role in altering the orbit. Between the years 239 BC and 1986 AD the orbital period has varied from 76.0 years (in 1986) to 79.3 years (in 451 and 1066). (http://nineplanets.org/halley.html)

Roughly predictable is not at all the same thing as predictable. My choices are roughly predictable, but no less free for that. You’ll note that, according to that quote, in 1066 the comet was over three years late so that it happened to coincide with the conquest. In fact, Wikipedia’s article on Halley’s comet shows that regime change coincided with the comet at least four times in its historical appearances (as well as England in 1066, these were Armenia in 87BC, Kashmir in 1456 and China in 1910. One might, I suppose, include Haiti and the Philippines in 1986: small nations, but then the comet was a long way off!).

Perhaps historically-minded astrologers could fill in  examples of regime changes for the other appearances, in which case Halley’s significance as an omen would begin to take on a regular and predictable pattern, making it science – but would the political effects then be considered “natural”? If not, why not? 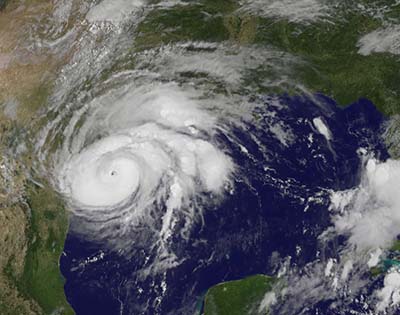 Hurricanes, too, are chaotic and completely unpredictable in detail, even if one can specify the general conditions under which they arise. The ongoing tragedy in Houston (I know we have readers there, so we’re praying for you guys) was described as a “one in five hundred year event”. That sounds more precise than it is – it really means “rare and unexpected”. Let’s move the discussion away from omens for this, though there have been academics blaming the disaster on karma for Texas voting for President Trump (and getting fired for it: belief in karma is apparently as self-evidently mistaken as belief in omens). Rather more people have been close to blaming it on Trump’s withdrawal from the Paris agreement on climate change, which involves pretty much the same degree of magical thinking.

But the effects of climate change, if one concedes an anthropogenic component to that, certainly bear on the question of whether this is a truly “natural” disaster. Its widespread treatment as a wake-up call for the amelioration of global warming only makes sense if it isn’t natural, but artificial, unless you want to redefine “natural” to include deliberate human activity. The debate on climate shows just how difficult a distinction that is in reality.

But, as I suggested in the introduction, a naturalist materialist might argue that even human activity is explicable in terms of the “natural” forces acting since the Big Bang. In that case, climate change itself would be natural even if it were entirely the result of willful industrial pollution. But in that case one would have also to conclude that every murder victim dies from natural causes. The content of the word “natural” again slips away into the nebulosphere.

Now, all the above considerations are intended to show that the unexpected, the unpredictable or the unrepeatable cannot be attributed to “nature” except by an act of faith, and by leaving that “nature” undefined. My discussion entirely excludes the fact that even the truly predictable (and how rare that actually is in practice!) is, in historical Christian thinking, governed by the providence of God, to which Jay (again) alludes in his response to Eddie’s article.

What, then, would “methodological naturalism” entail? It would imply that scientists would have to do their research as if they believed every phenomenon is predictable – in full knowledge that a great deal of our universe is not predictable, even in principle. Of what use is a methodology like that?

But if “natural” indeed simply means “predictable”, then there’s precious little in the world that is truly natural. One would have to exclude the time of arrival of periodic comets (as well as their visual appearance, which also varies in unforseeable ways), the impact of comets and asteroids on the earth, the weather, the behaviour of wild beasts and other living things, the appearance and exact course of diseases… in fact, one would have to exclude from the category “natural” pretty well all the things in the world that the Bible attributes to the governing activity of God.

“Once people believed the world was completely governed by natural causes. Now we realise that didn’t actually mean  anything.”

11 Responses to Death of natural causes