Tangy snacks hang in there

On 18th of this month I reported the destruction by hungry badger of the wasp nest I have been watching develop here at the Camel’s Eyrie. Here was the damage: 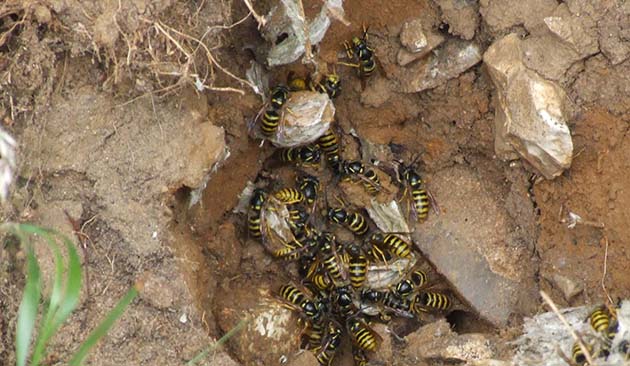 I mentioned then that a little  research shows that badgers really do like the “hot chilli” effect of eating wasp nests. Indeed I was surprised to find a fellow elder at church reports exactly the same thing in the same week in his small suburban garden, which he thought was too far from the countryside for badgers. They are evidently prepared to travel for the right cuisine. On Friday we went to a country restaurant on our wedding anniversary (44th!) and were troubled with wasps. The waiter apologised and said they’d done their best to detroy all the nests – we recommended they get a badger.

Anyway, this is just to update you on the fact that the plucky little blighters (not the badgers, nor my fellow elders, but my wasps) are working hard to rebuild, and in just 6 days had achieved this much: 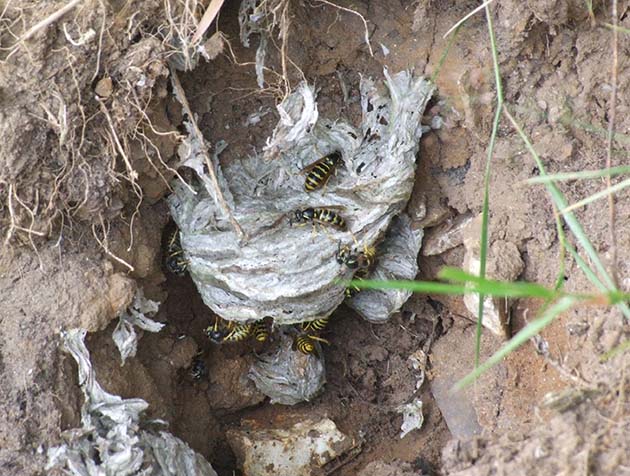 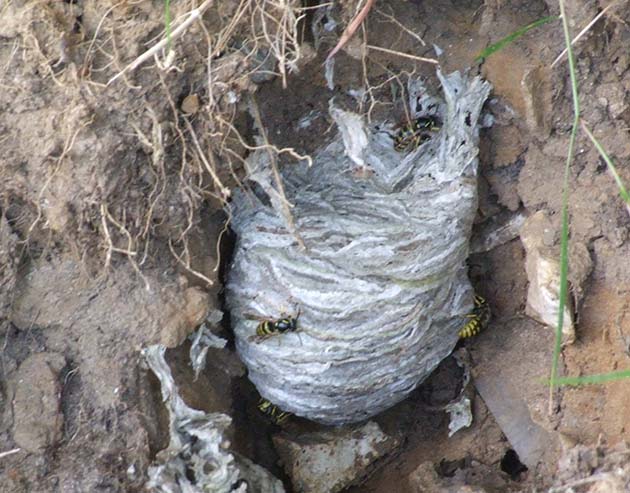 Pretty good work, I call it.

I guess the main lesson to me is a reminder of just how central teleology is to life. Despite evolutionary theory’s classic denial of purpose, substituting the efficient causation of chance and necessity to create the illusion of goal-oriented behaviour, it is actually very hard to make sense of something like the wasps’ nest-building apart from teleology. One could argue that they’re programmed to build a nest from scratch to a particular pattern, but here that pattern was largely disrupted, and yet working from the presumably limited collective intelligence of the colony, they have improvised with what little remained and are close to restoring what they had a fortnight ago.

Aristotelian philosophy has no problem with this, of course, unlike modern naturalism. To Aristotle, the final cause, the “good” to which each organism tends in its own way, determines what it is and what it does. The wasp colony is drawn towards its own internal goal, not launched to an undetermined future from some set of efficient causes.

In Aquinas’s Christian adpatation of Aristotle, those goals are set in place by God, and indeed since he himself is the ultimate “final cause”, the good to which the wasps tend is, analogously, some aspect of God’s own character. Not only does he create with  a purpose but that purpose is within God himself, and is lived out by the creature. We may see that as its worship in a real sense.

So, like Robert Bruce’s fabled encouragement by the repeated efforts of a spider to build its web despite setbacks, the determined efforts of my wasps to get the job done are an an encouragement to me, because that striving is a part of the fabric of creation itself, and not merely the drawing of false significance from something without meaning. That creates a real resonance between the goals by which we live our lives, and the goal-orientated nature of the reality we inhabit. I and the wasps are truly part of the same dance.

What metaphysical lesson I would take if they were to take time out to sting me, I’m less sure.