Must-read on Feser by Aquinas

I’ve spent a number of posts digging around various bits of Aristotelian-Thomist metaphysics, especially with regard to causation. Notable examples here and the most recent, commenting on a piece by Ed Feser, here.

Why does it matter?

Well, it’s not because Aquinas is a good traditional authority to give a helpful shove to theistic evolution (as BioLogos believes) or Intelligent Design. Rather it’s because it’s one of the best-developed systems of thought that can enable one to have a view of nature in which God is truly immanent – that is, in which he can actually be involved in the outcomes, as he is in the biblical witness. How can nature have real causation investigable by science, and yet God have true government of the process? It’s a question just as applicable in daily life as in the origins question: how can God guide my life, or answer prayer, or fulfil his Scriptural promises, in a scientific cosmos?

Enlightenment metaphysics, quite simply, isn’t up to the job, and leads to endless intractable theological problems. You’ll remember, perhaps, that science dispensed with formal causation, ignored (and then denied) final causation, and limited itself to material and efficient causation – in essence, to the interaction of moving particles.

Arguably quantum physics should have rendered that reduction untenable. Biology is promising to reveal more and more signs of final causation, and the rise of information science has begun to show that information, ie formal causation, is as irreducible a truth as matter and energy in science (hence we need fundamental laws – information behind the behaviour of matter – which have proved increasingly to be irreducibly fine-tuned). One doesn’t see that reflected, however, in the public discussions of either infinite multiverses, explaining away fine-tuning, or the denials that DNA actually carries true information, but some analogous random thing that just happens to obey all the laws of information.

We all still tend to think in terms of simple cause and effect, and that ruins theology. If something is natural, it is reasoned, then it can’t be supernatural. If we have free-will (or even naturalistically determined behaviour), then God doesn’t govern human affairs. If there are natural (law-like or random) processes in evolution, then it cannot, and must not, be moving towards any particular purpose God has. If there is no formal causation, then Christ the Logos of God did not form all things as the Scriptures and creeds say, but merely allowed nature to create its own forms. This is fundamental stuff.

Hence modern theology, embracing this metaphysics, has made a virtue of necessity by elevating autonomy to the best good: it would be wrong of God to direct nature to its ends, or he would be a tyrant and puppet-master (a view that ultimately arises from the inevitable univocity of cause-effect thinking: God is just the first cause in a chain, so can be judged in terms of mechanistic dualities of dominance-submission, bondage-freedom and so on).

To preserve any sense of God’s reality in such a system, almost inevitably one ends up gravitating toward Process Theology, in which God is essentially in dialogue with creation. When that is rejected by Christians, incoherence results as its attractive conclusions are retained, but divorced from the metaphysics that made it workable. The result is that the whole of Christian faith becomes a dog’s breakfast of incompatible ideas in which God does nothing but suffer on the principle of love, allows even evil outcomes on the principle of autonomy, and wins out in the end, like Houdini and just as inexplicably, on the bare principle of his Deity.

Hence one is surrounded by hopeful but meaningless statements like “God leaves nature free but is so great he gets just what he wants” or “God doesn’t interfere with the world but cares for each one and answers our prayers.” One ends up with extremes like “weak theology”, which are only extreme because they are thoroughgoing applications of the metaphysics that most people adopt but are too scared to live by as Christians.

Aquinas provides solutions to all this which are, in my view, fully compatible with true gospel faith, and with the cutting edge of science, as efficient causation alone looks more and more threadbare in a non-Laplacian universe. He needs to be brought up to speed on modern discoveries, of course, and treated as critically as any other thinker. But his kind of metaphysics underpins historical Protestant theology as well as Catholic and Orthodox, and is faithful to those who went before right back to Jewish thinkers like Philo and, I would suggest, the Bible writers themselves.

That’s why it matters.

All that said, I’ve been troubled, in reading the recent articles on BioLogos by Thomists (such as this) and by prominent AT philosophers like Feser, by what seems to me to be an avoidance of certain central ideas in Thomas’s writing that I’ve noticed in reading the originals. In particular, the easy assertion that Aquinas’ teaching on secondary causation removes all theological obtacles to Darwinism seems to avoid the problem of formal causation.

Aquinas attributes forms directly to God’s work in creation, by their very nature. Secondary causation in nature – in particularl natural generation – is characterised by the principle “like begets like.” Substantial forms (Thomas-speak for natural organisms) can only produce what is inherent in them (a mediaeval version of Dembski’s law of conservation of information). So for forms to change over time, either God must work a direct creative act at each stage, or the new form must be somehow nested in the original, as the form of a butterfly is within the caterpillar. In the case of evolution, the whole unfolding history of evolved forms would have to be built in – and in principle detectable – within LUCA. To put it another way, our DNA should contain the vestiges of the future as well as the past.

Clearly neither of those options is Darwinian: the first is progressive creation of a sort, and the second the opposite of Darwinian thought (as Thomist Etienne Gilson’s book shows well), in which brand new forms arise without any teleology. 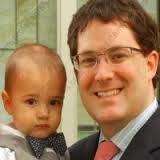 Now, I’m no Thomist scholar, but I come to Aquinas with some feeling for ancient and Reformation theology and what he says on this he says plainly, so I began to chase this up both in Aquinas and on blogs like Ed Feser’s. And I soon found that my own doubts were being raised by others who had read Aquinas, but not adequately answered by these “modern Thomists”. To cut to the chase, I came across this important 2010 essay by Logan Paul Gage which states the case better than I could, and raises some other important issues I hadn’t even thought of. Please read it and tell me what you think.

5 Responses to Must-read on Feser by Aquinas