Given the difficulty of quantum theory, the last post has generated an unusually high level of interest in a short time, both in comments and hits. I surmise that it’s fascinating because it’s fundamental, rather than that the OP was world-changing. I want to reflect on just a couple of thoughts arising from the generalities of the subject, rather than the valuable and serious discussion of our more erudite readers on that thread. My prompt is the article on “qbism” referenced by pngarrison in his post, which opens up again one of the ways that “mind” seems (like King Charles’s head in Mr Dick’s Memorial) to keep impinging itself on the very nature of the quantum world.

Just two observations to toss around here. The first is that, whatever quantum mechanics is truly about, it is God’s quantum mechanics, and so the process implied by Genesis 1 must never be misunderstood as simple, though the world around us has a relatively simple “interface” for us biological organisms. The second is that, one way or another, created mind (that is, us as well as God) is apparently deeply implicated in quantum reality – and yet all but a relatively few minds have absolutely no conception of what that level of reality is about, let alone how our minds relate to it. 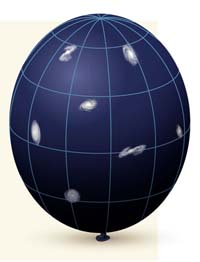 Undo the knot, I dare you…

That latter point is surprising, when you think of it, both biologically and theologically. When all is said and done, our minds are the subjective filter of all our experience, and they work for the most part in a classical and commonsense way. It’s astonishing that we can reach beyond the daily world of food, family and Euclidian space (that is, your local neighbourhood) to consider the inner workings of the world at all, an ability which has long been seen as evidence that we share some analogy of God’s reason. We tend to understand nature’s ways, however, by analogy with our everyday world. The universe is an inflating balloon, and gravity a space-time trampoline. Only an elite can master the higher symbolic language of maths to analogise things more adequately. An even smaller elite can get their heads around the very non-classical concepts in fundamental physics: consider how self-effacing many of us commenting here have been about quantum mechanics, though (myself excluded) there are plenty of good scientific credentials flying around.

Yet I take it that, if “mind” is a fundamental principle in that world, it isn’t just those elevated minds involved in two-photon experiments or quantum theorising, whose combined effect on the universe, numerically speaking, is diddly-squat. Somehow this influential “mind” must include you, your grocer, the hoodies selling dope on the corner… and maybe even, given our rather undefined conception of what “mind” means in this context, your dog deciding whether to chase the cat next door. 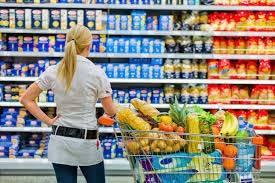 As an aside on that, it occurred to me that the usual comparison of cell biology with computing may be largely an artifact of DNA’s discovery in the digital age. Our minds are not Turing machines computing algorithms, and neither are animal brains, so aren’t genetic and evolutionary mechanisms more likely to be analogous to biological decision-making than digital algorithm processing? If we should be looking for genetic minds rather than genetic algorithms things might get a bit intractable – but qbism and other views of fundamental physics, as we have seen, are involving minds, not computers. Who said teleology has no place in science?

Back on the main subject, then, it is simple minds that are affecting reality if minds have any fundamental role in physical creation at all, so it seems legitimate to draw out a simple spiritual lesson. If our daily lives are intertwined with the inanimate world in ways none of us understands and few even consider, then we should maybe be less surprised by some of the paradoxes in our faith. I speculated about human freedom and God’s determination of events in the previous post, but such specific (and of course deniable) hypothesising aside, one can make some general observations. If God’s physical creation is actually fundamentally queer, spooky, counterintuitive and also incomprehensibly tied up with our minds, then I for one expect there to be some paradoxes at the junction between God’s reality and ours that are indissoluble at a “classical” level, freedom and divine determination being one of them. It would be over-egging the pudding to say such problems are explained by quantum mechanics, but they are likely to be fully resolveable by nothing less deep.

Yet remember that the minds we all have were given by God to use, even in our worship and theology, using the world’s “classical” interface of perceived reality and everyday language. It’s no failure or aberration that we were created to relate in that way to reality. So maybe, in that world, the paradoxes ultimately have to be held in tension. “God predetermines, but we act freely” is not then a contradiction but a scriptural tension. Likewise “chosen by grace” and “come all who are thirsty.” And there are many others – only provided they are paradoxes inherent in revelation, and not of our own making. The idea that “God leaves creation autonomous, but its outcomes are his” arises from  human theological invention, and is contradictory rather than paradoxical.

So next time anyone asks you how a God of love could judge people we like, just answer, “It’s yer actual quantum entanglement, isn’t it?” Well, on second thoughts maybe that’s a little too simple-minded.

8 Responses to Mind, quanta and algorithms