On BioLogos I was challenged yesterday to describe in strictly biological 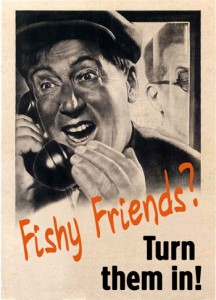 terms how new information got into lifeforms during the Cambrian. There seems no particularly apposite reason for this personal challenge, apart from the inference that I have apparently “outed” myself as a doctrinaire IDist by buying a book by an ID author (as did several BioLogos writers in reviewing Stephen Meyer’s book, of course). But who knows the real reason? People committed to identifying one with some stereotype are to the academic study of ideologies what Joe McCarthy was to the discipline of political science. However, in point of fact the question, whilst entirely misconstruing the nature of information and its instantiation, is a useful one to address broadly, so I’ll skip the start of the Dembski series for another day or so to look at it.

Start from my viewpoint as a theistic evolutionist, and the BioLogos position that “evolution is the means God uses to create,” which is not unreasonable once clearly restricted to “new forms of life”. Let us suppose some specific intended outcome: again I’ll quote from BioLogos to say “God fully intended mankind.” We then have the formula: 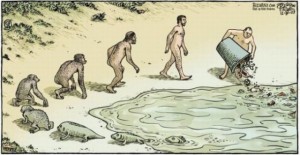 Throughout this process, teleology and form are central. To intend is to form an idea and a purpose, that is to design. To create is to confer form and function (by definition) to actualize that idea. And what constitutes mankind’s existence is nothing but his form, understood as the whole of his nature, structural and functional. That form can be usefully conceived as “in-form-ation” in the modern sense, so that just as that informational design of man was conceived in God’s mind, it is instantiated in material reality.

Notice that we have no need, from a theistic viewpoint, to ask any questions at all about the evolutionary process to say that God has designed mankind – as soon as the word “creation” is invoked in relation to man, man himself is the information represented in God’s intention. Logic 101. Accidents and downstream-errors aside (eg sin) God intended specifically what mankind actually is, and man was created by nothing other than God’s specific will, evolution being a mere instrument.

Point #2: Information is a non-material entity, and so it is even in principle impossible to describe its instantiation in terms of materialistic biology. It’s just a meaningless demand. This post is a direct parallel: believing that I wrote it, and reading it on your screen, you see the fact of the design and the intention before your eyes, though you can only guess at how my thoughts arrived on your screen. Even if you could watch me typing, you could only describe in physical terms how I typed various letters on a keyboard, and not how they came to make sense. Meaning comes only from your reading of the finished product (or at best, of sentences appearing as you look over my shoulder). But even with no idea whether I typed it, dictated it or wrote it longhand and handed it to my intelligent labrador to type up, you know it’s a post by Jon Garvey or a passable imitator thereof.

In fact, you would understand its meaning in English even if you found it in a wastebin with no name on it. You might say that does not parallel the ID claim to identify design in nature, but that’s not the challenge I was given and I see no reason to defend a position I don’t occupy (though I think there are some intriguing arguments for attributing teleology/design that we may get to later).

Let’s go back to the Cambrian (would that we could – it would be easier to write this!). What, biologically, would I expect to see in terms of instantiation of information? On the assumption that evolution was proceeding, I would expect to see phenotypes becoming modified by whatever processes evolution uses, whether those be restricted to the generally accepted ones of mutation, selection and drift, or the rather more interesting, teleological and probably saltational changes I expect to become more accepted in future years. And I would recognise that information in exactly the same way I recognise it in humans – by their overall form, and in the details of that form in terms of morphology, behaviour, genotype, epigenotype etc.

The unusual thing would probably be the rate at which those changes were happening, for everybody agrees that the principle of uniformity seems to have been suspended somewhat at that time. It might well be that God showed his hand by pulling off tricks that would stretch the credulity of the naturalist – genome duplications a-gogo, several thousand new orfan genes per generation or whatever. But for the most part what I would expect to see is a difference in the probability distributions of the various apparently random mechanisms like mutation. Mutation rates higher, higher fixation rates, more new genes from drifting sequences – that sort of thing.

And here I will jump the gun by drawing on Dembski the mathematical probability scholar, even though I thought to postpone it to another day. He has long believed that all randomness is simply orderly change whose patterns we haven’t understood yet, and I agree that is eminently plausible. The only random numbers we can generate artificially (apart from recording series of quantum events) are produced by mathematical algorithms – and so are definitionally non-random. When the criminals crack the pattern, a new algorithm has to be written. Even those quantum events, by showing a predictable probability distribution, reveal themselves to be ordered – and what other truly and finally stochastic processes are actually admitted in science? 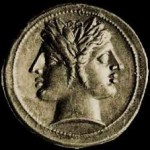 Illustration: the flip of a coin decides the soccer kickoff randomly, right? No: a binary choice like a coin toss has a probability distribution, tending towards 50:50, set by the design of the coin and the accepted technique of the toss. By designing a rule of accepting the decision of just one toss, you have artificially randomized an ultimately determinist event.

Dembski points to an even more relevant example. Writing a post like this, in English, is an entirely intentional affair, though I have given no thought whatsoever to the frequency of the various letters. In that sense it’s a random English text. But a mindless program measuring the letter frequency, occurrency of diphthongs etc, could reliably output the conclusion that (given a designed semantic text) it was in English. It could identify any language in the same way. The “random” probability distribution of letters was, in fact, indicative of my conscious decision (admittedly from limited alternatives) to write a thoroughly designed text in my native English, itself the product of many human choices.

Dembski even suggests that all “chance” probability distributions reflect either God’s design of the universe or his customary ways of imparting information to it – and if we agree with the Bible’s teaching that God is sovereign over chance, why would that not be so? The alternative is that there is a god called “Randomness” outside God’s control, and how would it set its probability curves? And dualism isn’t Christianity, right? However, then, God might tweak things to produce the Cambrian Explosion, what one would see is in all likelihood just a modified set of random probability distributions.

I should add that this is making the assumption that God didn’t work miraculously, though the reasons why he would not don’t hold much water on close examination – usually the integrity and dignity of nature are invoked, but one doesn’t hear much about the water at Cana complaining that it was coerced into becoming wine! If it’s wrong for God to “coerce” a sponge into becoming a mollusc, I trust that as a good Christian you’ll never make a clam into a chowder again.

I think I’ve answered the challenge on BioLogos as far as one could, based on theological presuppositions and general scientific principles, without the benefit of a time machine. I don’t even think it was that difficult, or inordinately controversial if one has started from the TE principle that God created life-forms through evolution. I have, of course, avoided the false dichotomy between “natural” and “divine”, because it doesn’t really mean anything in a theistic universe – it’s a division belonging to deism and materialism.

But what about that question of proving design apart from theistic presuppositions? I’ve said before, and say again now, that in the end design cannot ever be unequivocally distinguished from randomness if your wordview predisposes you to prefer randomness. There is no guarantee that in reading this, you’re not reading a random string produced by machine noise (all such sequences having equal probability), even if your letter-distribution algorithm claims it’s in English.

The only criterion, in the end, is your human assessment of the plausibility that you would understand it as you do if there were no mind at my end. As IDist sociologist Steve Fuller said, we detect design because there is a genuine continuity between the Creator’s design and our own, since we are made in his image. Which is as good a self-contained grounds for confidence as the fact that we can do science because we reflect our Creator’s rationality and sense of beauty.

Inevitably, then, it would be a probablistic, rather than an empirically verifiable, judgement. Now to me, seeing probability curves distorted during the Cambrian (if that’s what happened), without some sign of an obvious material explanation, would put me in mind of the Creator’s word of power being pronounced rather differently from usual. A materialist would insist there were hidden variables requiring more research.

The harder case to explain would be the believer who insisted on hidden material variables, lest one posit a God of the gaps. But to me there are no gaps and never were – it’s God all the way down anyway. Isn’t that what Christianity is about? “For from him and through him and to him are all things. To him be glory forever! Amen.” 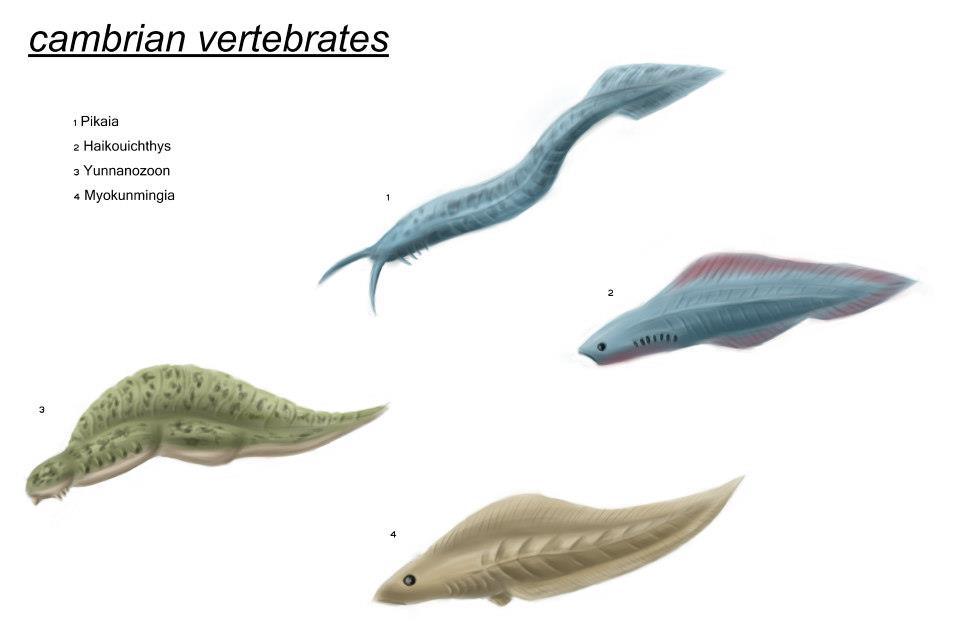 37 Responses to On Instantiation