One of the baseline positions of The Hump of the Camel is the essential goodness of creation both before and after the fall of mankind into sin. I’ve probably written on it too many times to do useful links (try the search box), but I’ve argued for it from the Bible, extensively from church history and in other ways too. Carnivores, parasites – all come within the wisdom of God’s good creation.

At the same time, I’ve never wished to deny that, in numerous ways, sin has corrupted creation in God’s eyes, and damaged it both directly and indirectly. Whether by God’s judgement or man’s corruption there are aspects of creation that have become hostile to us in new ways. A graphic example was in the news last week.

Few can deny that one of the worst scourges of the late twentieth century – particularly in poorer countries, but amidst affluence in rich countries too, has been AIDS. This article in The Independent describes research that, apparently, has finally pinned down its origin to Kinshasa, in the Democratic Republic of Congo, in around 1920. The article details a trade in bushmeat, an increase in the sex industry and worldwide trade communications as amongst the factors that led to the “perfect storm” that gave birth to what became a pandemic.

But the article is somewhat light on the historical background that created those conditions. Kinshasa was in 1920 known as Leopoldsville, the colonial capital of King Leopold’s personal slave labour camp, the Belgian Congo. It was the hellhole that inspired Joseph Conrad’s Heart of Darkness, though the evil at its core in that book is painted more by literary brushstrokes than by graphic detail.

The basic system the Belgians set up was based on making fortunes from planting and harvesting rubber – as much as possible. To gain slave labour for that, villages were raided by the colonials and their women kidnapped as hostages (and, of course, sexually expoited). To secure, in some cases, their return the men had to give their labour on the plantations, amidst the unspeakable cruelty hinted at in Conrad’s novel.

The resulting labour shortage and social disruption meant that crops could not be produced, and widespread starvation, and depopulation, followed. It’s estimated that at least ten million people died, but of course that figure gives little idea of the collapse of the tribal and social structures that had existed.

So behind the news item, one needs to ask questions like, “What led to a new trade in bushmeat?” (if the human food chain has been destroyed, anything becomes fair game – in this case the ape vectors of the HIV virus).

Or “Who benefited from the ‘sex industry'”? Even that term may be a little anachronistic – the rape of captured women and their procurement for expatriates is ill-described as an “industry”. And though I’m not au fait with the details of life in Leopoldville, if African men were part of that problem their forcible removal from normal family life hardly discouraged the resort to uncommitted sex.

Of course the spread of the HIV virus across the trade routes was unlikely to be the result of entrepreneurial Congolese making their fortunes – rather, western colonial types were sowing seeds in the colonies of other nations. And so it becomes clear that the suffering AIDS has caused is neither inherent in the original creation, nor fortuitous, but the direct result of what could never have been mistaken as anything but deeply evil, except by self-deception and willful ignorance. Probably the same is true of other epidemics, such as the Ebola virus perhaps preparing to burst upon the world out of the poor African nations whose own stories of injustice float ephemerally through our news media when celebrity drug or sex scandals are thin.

Like the AIDS outbreak itself, the forces of darkness unleashed by Leopold and those who benefited from his colonialism (which sadly means most of us in the “civilized” world) have continued to damage creation and to damage the image God put in man.

A couple of years ago I read the book Blood River by Tim Butcher. He decided to retrace the footsteps of Henry Morton Stanley, the Welsh workhouse boy (himself deprived and sexually abused) turned American journalist and then official explorer of King Leopold, along the course of the Congo River.

What he found saddened and shocked him. After another century of social disruption and civil war, not ameliorated by independence, Butcher found the same signs of societal breakdown – villages destroyed by raids or deserted, crops unplanted and the very skills to produce them lost, endangered animals hunted for want of better food, and of course the universal abuse of women taken as hostages. The heart of darkness still beats, but it is not the heart of God’s good creation.

In fact, it’s rather ironic that almost the only interest the “civilized world” takes in the region (now there is no rubber trade) is disgust at the threat to the natural creation through the hunting of the diminishing populations of chimpanzees and gorillas by feckless natives. What’s to be done?

As the Irishman’s advice to the lost motorist went, “If I were you, I wouldn’t start from here.” 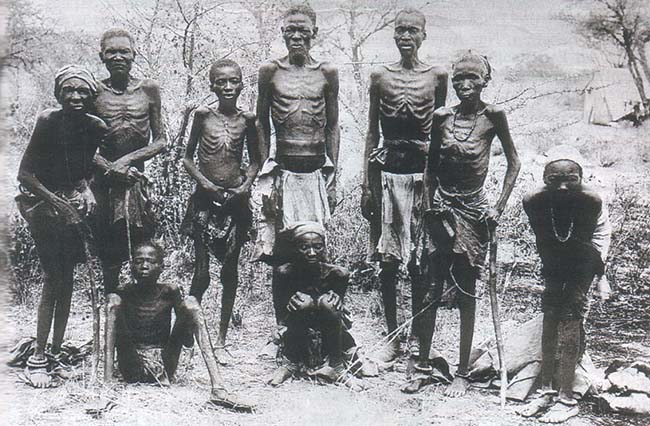 Training in medicine (which was my career), social psychology and theology. Interests in most things, but especially the science-faith interface. The rest of my time, though, is spent writing, playing and recording music.
View all posts by Jon Garvey →
This entry was posted in Creation, History, Politics and sociology, Theology. Bookmark the permalink.

2 Responses to Creation and Evil