The modern myth about design arguments

I’m grateful to GD for pointing us to an article about the Cappadocian theologian, Gregory of Nyssa, and his use of science language. The writer works just 20 miles down the road from me, it seems, and there is indeed a freely available version of it here. The particular (small, but important) thing I took from this piece was how in arguing against the materialist pessimism of Epicurus, the saint, through the mouth of his dying sister, says that Epicurus and those like him failed to understand that “a Divine power, working with skill and method, is manifesting itself in this actual world, and, penetrat[es] each portion.” That speaks to the necessity of divine immanence against the semi-deism so prevalent in theistic evolution now.

But here I want to pick up a more general point.

As GD notes in his comment, “the paper also refers to matters that are nowadays discussed as design.” Over three years ago now, a chance remark led to James Penman and I swapping examples of writers in the past who seemed to deny the “traditional view” that creation was massively transformed for the worse by the Fall of mankind. We eventually discovered that the whole doctrine was of quite recent origin, and that the real tradition of the first 1500 years of the Church was that God’s good creation is still as God made it, barring the obvious damage we have inflicted on it.

A similar pattern seems to apply to the question of design arguments, though I’ve no intention (unless pressed) of engaging in a process of research and documentation to the extent I did with “the good creation”. In many “respectable” circles now, design arguments are held to be not simply inconclusive, but positively bad theology. This is one of the reasons given for the scornful dismissal of the Intelligent Design Movement. The basic argument, put recently on BioLogos by Alister McGrath, frequently by Thomist Ed Feser elsewhere, and routinely in academic theological literature, runs a bit like this.

Arising out of the rather mechanical Deistic theology of the eighteenth century, William Paley and others like him developed an equally Deistic natural theology, in which God could be proved by the intricacy of nature’s apparently mechanical contrivances. Intelligent Design has tried to revive this tradition in spades.

The problem, it is said, is not so much that ID (or Paley) do not prove what they want to prove, but that the whole idea is theologically all wrong. To look for the activity of God above and beyond natural processes is to attribute to God an “engineering” concept of design, when in fact his influence is far more subtle and invisible, working entirely in and through perfectly comprehensible natural processes. All there is to discover about God’s creative work is to be found in, and not beyond science. To say otherwise is to dichotomise science and religion, argue for the God of the Gaps, demean the divine nature and – most of all – introduce a simplistic, actually materialistic, innovation which flies in the face of True Christian Theology.

The effect of this line of argumentation, on me, is to make me feel a naive idiot, because for my entire life, the wisdom and ingenuity of, particularly, living things has evidenced for me the creative planning and goodness of God. Despite doing theology for decades, I don’t feel as if I’m committing a theological faux pas in this. But if the whole world says you’re wrong…

Yet I read quite a lot, and in particular I read anything in the history of ideas to do with the theology of creation and its relationship to science. And one thing that has struck me with great force is that such “natural theology” arguments were not only known before Paley, but they are virtually universal in theistic discussion of the world down the centuries. In fact they’re indispensible.

Now I’m not saying that all such arguments take the same form, or even serve the same aims. Paley’s Natural Theology, for example, serves a specific and surprisingly subtle purpose, as discussed in this paper helpfully linked from Ian Thompson’s site. Similarly, Intelligent Design is not Paleyan, and has its own agenda for its own time and culture. Likewise, in the article on St Gregory, although his sister begins by appealing to function: “His fundamental error, she argues, was to fail to perceive anything beyond the material: he ignored the order of the universe and was thus blind to the one who created it,” Gregory goes on to a subtle argument from design to the existence of the human soul.

But underlying all these is the inference (rather than the analogy) of design: the basic appeal is to human intuition. Look at the order and designedness of living things (or, more widely, of the world’s functional economy), and one ought to conclude that there is a designer.

Seldom is this presented as if it were a proof, any more than the appeal to, say, fulfilled prophecy by Patristic writers was logically incontrovertible. But it is presented as evidence for our rational judgement. And, as I said, it’s near universal. One finds it first (if we don’t count Psalm 19) in the refutation of the atomists by Greek philosophers like Plato and Aristotle. It’s there in the Church Fathers (as Gregory shows). It’s in the Mediaeval scholastics, even though when Aquinas wanted to prove the existence of God rationally he appealed to more subtle arguments. It’s there in the Reformers and the later Protestant writers. In short, you find it wherever you go, simply because in a world where it’s easy to doubt God and his goodness, the creation stares you in the face, and it’s good to focus attention on it.

Now, one reason for “respectable” theologians to downplay the argument to design nowadays is that Darwinian evolution “makes it intellectually respectable to be an atheist.” In other words, if evolution provides a designer-substitute in natural selection, there is no longer any force in design arguments.

But theologically that case cannot be made secure, except in the current Post-Enlightenment atmosphere is which (as Freddie Freddoso writes) many people simply assume that “mere conservationism” is God’s only role in the world. Historically, as the quote from the Gregory article shows, “God penetrates each portion” of the natural world. In later philosophical terms, he works concurrently with secondary powers, so that any tendency they show to producing order is due to his oversight. So it is still valid to argue that “chance cannot produce such order – therefore there is a God of order.”

Now, evolution does affect the plausibility of that argument somewhat, in that if one is inclined to be Epicurean with regard to chance, evolution based entirely on adaptation through natural selection makes the case a bit less one-sided – you only have to refute concurrence and explain the chance existence of the boundary conditions. You need to add a Multiverse to do that.

But Darwinism doesn’t prove the case simply by being proposed – it has to prove itself to be exhaustively sufficient first. It’s arguable if that all-sufficiency looks more or less likely since Darwin’s day. But even amongst those of his time, who were pretty convinced it was the key to biology, acceptance of Darwinian evolution made no difference to the validity of design arguments.

Elsewhere I’ve shown that they were employed by the first generation of theistic evolutionists like Asa Gray, Charles Kingsley and Benjamin Warfield, but more recently I’ve demonstrated that the argument to design was fundamental to Alfred Russel Wallace’s thinking too.

Such arguments remain humanly potent, whatever their alleged weakness as proofs. I recall the case of a Soviet surgeon (remember that in the militantly atheist USSR Darwinian science was considered synonymous with communism), who came to faith through musing that even if God had only designed the human hand, he would be worthy of worship.

And so my conclusion here is not that design arguments are irrefutable, or that the Intelligent Design program is necessarily valid, or that Paley must be endorsed at every point. It’s simply that the claim that such arguments are third rate apologies for an inferior god, with no place in intellectual life and even less in good theology, is sheer hogwash. Their prevalence in theological history, in the hands of the best theologians, proves that, at least.

Maybe the next task is to find out where the opposing view came from, and why it seems so persuasive to modern thinkers. 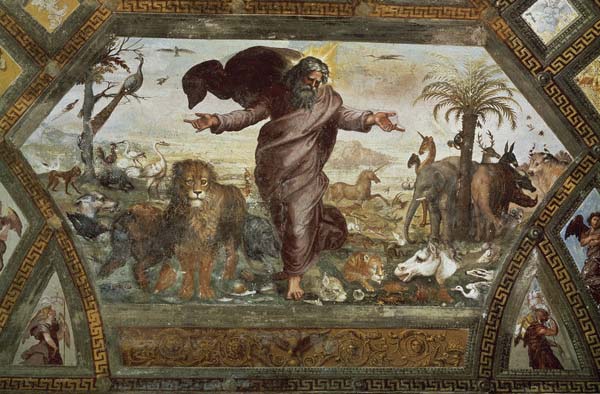