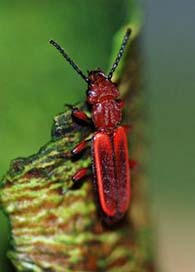 An unexpected, but very welcome, contributor to my recent post on spectral colour was David Briggs, whose excellent website on colour theory, primarily intended for artists, is an invaluable educational tool for us all (or me, at least). I particularly liked his section on colour vision, which shows just what an incredibly sophisticated visual system we enjoy, as well as how disappointingly little of its workings get into the educational curriculum of either arts or sciences. Check out, for example, the set of “illusions” David uses to show how much neurological processing is involved in maintaining our sense of the constancy of colours under different lighting conditions.

Two rather more general thoughts occur to me from investigations of this sort. The first is the irony that almost the only thing they do not, and in principle cannot, cover is the basic phenomenon of the actual colours we perceive, as philosopher Frank Jackson’s 1982 thought experiment suggested:

Mary is a brilliant scientist who is, for whatever reason, forced to investigate the world from a black and white room via a black and white television monitor. She specializes in the neurophysiology of vision and acquires, let us suppose, all the physical information there is to obtain about what goes on when we see ripe tomatoes, or the sky, and use terms like ‘red’, ‘blue’, and so on. She discovers, for example, just which wavelength combinations from the sky stimulate the retina, and exactly how this produces via the central nervous system the contraction of the vocal chords and expulsion of air from the lungs that results in the uttering of the sentence ‘The sky is blue’.… What will happen when Mary is released from her black and white room or is given a color television monitor? Will she learn anything or not? It seems just obvious that she will learn something about the world and our visual experience of it. 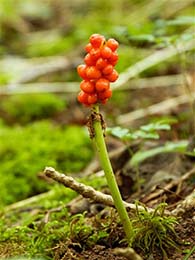 Colour-as-such, then, is a mental construct (and arguably immaterial). But putting that mind-body problem to one side, we also come to realize that our colour vision has only a somewhat loose connection with the basic Newtonian understanding of colour as wavelengths of light. What drove this home to me most was David’s observation that “unique red” (ie a red that subjectively is neither yellowish nor bluish) cannot be evoked by any single wavelength, owing to the characteristics of the “opponent” processing of the input from the trichromic cone cells. This “pure” red needs a touch of colour from the blue end of the spectrum to appear. 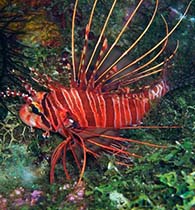 These two thoughts might lead one to nod and say our perception of colour is an illusion, not truly reflecting physical reality, and literally that’s true. But actually, the heavy processing and interpretation of the image formed on our retinae, even before we get to the level of consciousness, is the imposition of meaning on what would otherwise be a chaotic sea of data about wavelengths and light intensities giving quite contradictory information about the world. It’s as if our visual system presents our minds with a unique and ready-made theory of reality. 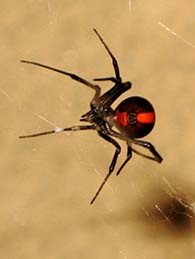 If that’s true, then maybe it adds ammunition to the argument I’ve been repeating, that all perception is a product of mind, or in this case of physiology, as much as of “objective” (by what criteria?) physical reality. But keeping in mind the truth that colour and visual objects are primarily “in here” rather than “out there”, I want to provoke some other thoughts on “meaning” as an intrinsic property of life, and not just of “human souls”. To do so, let’s consider once again aposematism, ie warning colouration, and the fact that, accepting the standard views on that subject, many species have evolved that warn (or bluff) about their toxicity through colour. One of the commonest signals is bright red colouration. 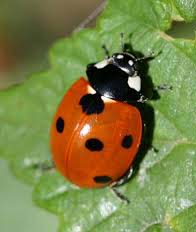 I did a little on the evolution of colour vision in different organisms last year. Given the separately-evolved tetrachromicity of most animals, and the bichromicity of mammals other than primates, questioning to what extent they see as we do is more than an abstruse philosophical question. Clearly they don’t.

Incidentally, working out even the physiological nature of those differences isn’t necessarily straightforward: it’s assumed that dogs, for example, are red-green colour-blind. But parallels with human bichromism may be misleading. Our colour-blind neighbour has a deficient “L” pigment in a system designed to work with three pigments, especially in the way the “opponent system” 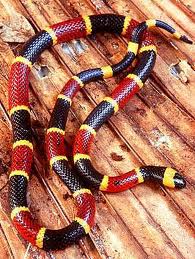 produces our main colour perceptions. The two mammal pigments actually both cover most of the spectrum, so who knows what colour information might be extracted by some different canine  higher-level processing? Some recent work on dog colour perception showed they did better than expected, but omitted any testing of reds and greens, presumably because their red-blindness was assumed, although the “M” pigment is actually sensitive well into the red range. Perhaps all the “warm” colours look red to Fido, and it must be nice to be able to tell meat from grass.

Mammals aside, although we may not know how animals perceive red, it’s pretty obviously a bright and intrusive colour to predators, since khaki or grey are not popular warning colours – and red is also popular in species whose males exhibit elaborate courtship displays. It seems likely that animals see red much as we do (which for some reason I find even more philosophically strange than human colour “qualia”). 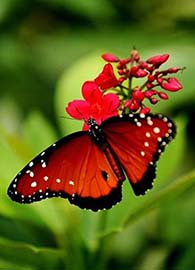 Returning to aposematically red organisms, like those illustrated throughout this piece, they’ve all evolved with the “idea” that red “body-colour” is a good warning message, in a variety of lighting conditions. They’re not particular about how that message is generated, whether through red pigments or, as in the case of many insects, through refraction, diffraction and reflection.

That presupposes that their potential predators are seeing physical reality through much the same perceptive spectacles as we do – they must have some mechanisms equivalent to ours to enable confusing frequencies from highlights or shadows to be reinterpreted as “red”, and likewise for the non-prey to remain “red” even under low or coloured light conditions. 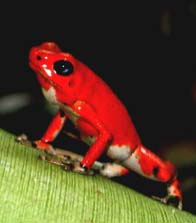 Now as I’ve said, our view of physical reality (to which one might add our other senses) is a highly constructed one even apart from the rational and linguistic interpretations that are uniquely human. It’s so much constructed and neurologically interpreted that our reality has often been downgraded to that of “illusion” in materialism. But here’s the thing – this kind of “theory of reality” appears to be one we share with the whole biosphere, to extrapolate from the examples of “warning red” I have illustrated. OK, maybe birds and insects see into the ultraviolet, and non-primates can distinguish only 10,000 rather than 1 million hues – and who knows what shrimps with 12 chromatic pigments can distinguish? But these variations are like mere dialects, or at most languages, all conveying an essentially shared message – or illusion – of the physical world. Everything seems to be interested in colour more than electromagnetic frequency.

Maybe “common meaning” is as significant a truth as “common ancestry” in the story of life. That either tells us that the conceptual illusions we need to overcome are anything up to 3 billion years old and universal to everything with a consciousness nof reality – an uphill task, it would seem – or maybe that it’s better to take “biological reality” as a given and view the “raw truth” behind it as merely the symbolic carrier for communicating it. 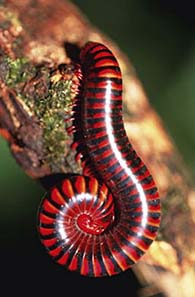 28 Responses to Colour me red