Science inventing the past

According to materialism, the appearances of the world around us – its colours, sounds, forms and so on – are illusions produced only by our senses and our minds. All is really particles, waves or whatever inconceivable things those models actually are, to be represented best by mathematical equations. According to reductive materialism that illusion, in the end, extends even to our minds themselves. The scientific project, then, is to get behind these “illusions” to the “reality” behind it. 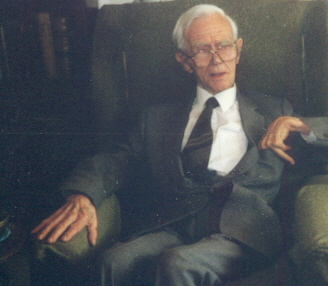 Owen Barfield, in Saving the Appearances, by no means denies the mental nature of the appearances, although he is chasing a different and far richer use of the idea than the materialists’ monotonic and ultimately dehumanizing vision. But in a whole chapter of his book he raises a specific issue that’s very relevant to origins science: if perceived appearances are only phenomena of our minds (themselves, according to materialism, an epiphenomenon) and the reality consists not of colours, sounds or shapes but of underlying unperceived realities, then what are we studying when we talk about pre-history, before there were humans to perceive anything?

What does it mean to say that a dinosaur was green if no “epiphenomenal” mental concept of either “bird” or “green” existed? What do we mean by saying a Precambrian algae was green if there was no colour vision? Or no vision at all, come to that? The picture of the past we conjure up in, say, palaeo-art or an animatronic T. rex is not the resurrection of a previous world, but the invention of a humanly-perceived world that never was. Indeed how even did mathematical “rules” exist in the absence of their construction by human minds (see the philosophy of maths paper cited here)? Barfield writes:

It can do no harm to recall occasionally that the prehistoric evolution of the earth, as it is described…, was not merely never seen. It never occurred. Something no doubt occurred, and what is really being propounded by such popular writers, and, so far as I am aware, by the textbooks on which they rely, is this. That at that time the unrepresented was behaving in such a way that, if human beings with collective representations characteristic of the last few centuries of western civilisation had been there, the things described would also have been there…

“The unrepresented” is Barfield’s term for the unprocessed reality behind our “illusory perceptions” that is sought by science. It is “unrepresented” to remind us of the gulf between the reality and the perception. Thus our optical system does not represent colours to us, but something rather inconceivable by colours.

Part of Barfield’s argument in the book so far has been that the way that human beings have perceived reality is not fixed, but has changed profoundly both between the most primitive mental processes of (human) prehistory and a significant shift beginning around three thousand years ago, and also between that and the modern view brought into being by the scientific worldview. So he goes on here:

Moreover, for those hypothetical “human beings with collective representations characteristic of the last few centuries of western civilization”, we might choose to substitute other human beings – those, for instance, who lived one or two or three or more thousand years ago. We should then have to write a different pre-history altogether.”

In other words he questions why our recent “commonsense” way of seeing things should be considered more authoritative for the reality of the distant past than the “commonsense” perception of primitive men – who were, after all, closer to it. If we reject such a conclusion, he demonstrates that our our only 3 choices are:

(a) A super-naive realism, rejecting all the rigmarole of physics, physiology and psychology as, essentially, bunk. Our commonsense perceptions are true now, and were in prehistory as well. But of course if we reject the views of those scientists, what grounds are there for accepting the views of those who reconstruct the past? And if we take that route, we should immediately stop talking about our current commonsense experience of the world as in any way illusory: we can’t have it both ways.
(b) Double-think – what’s true in physics is untrue in other fields, such as the study of pre-history. That’s problematic if you claim that pre-history is the result of physical processes, which of course is the approach that most science takes to the past.
(c) Saying like George Berkeley that the common appearance of things (ie what has been common for the past few centuries!) is maintained, in the absence of human beings, by God, whose viewpoint has eternally been that of modern western man.

Barfield accepts, of course, that such human descriptions of the vanished past may be valuable as “notional models”, but that is all they are. “For their nature is that of artificial imagery”. At least, surely, the reductive materialist must agree with that logic? Barfield actually goes on to say that if we treat these imaginary prehistoric appearances as if they are real, it’s actually nothing less than the making of idols.

Departing from Barfield, there’s an interesting correlation to be made with John H Walton’s (and others’) new insights into the Creation stories of Genesis, which turn out in the light of such discussions to hinge on very astute philosophical principles. If you remember, those insights are that the emphasis of Genesis is not on the making of “things” out of nothing, but the designation of functions for functionless or chaotic things on behalf of man. That’s actually not at all far from the idea of creating the set of representations that we recognise as reality and by which we may interact fruitfully with the world: and so the first appearance of reality coincided with the appearance of mankind. Find when that happened, and you have the date of the Genesis creation!

This differs from Berkeley’s idea profoundly, for God needs no representations of things for his own sake – he knows all things comprehensively in their original reality, unmediated by imagery. No, the appearances are created for us – as well as by us, according to Barfield’s insights. And if God has given special dignity to the human view of reality – if our reality is uniquely privileged – then of course there is no longer an epistemological problem about applying our “version” of reality to the distant past before we existed – we are simply bringing more of God’s creation within the circle of human knowledge and worship, to his glory. We are still “thinking God’s thoughts after him”, only we’re using the language of representations that he has created and authorised for us in new contexts.

Otherwise, it seems we have to speak not only of things like “the illusion of design”, but “the illusion of what appears to have been designed” in evolution. And as Barfield points out, there may well be a different kind of representation of the deep past that works better than our modern western one. 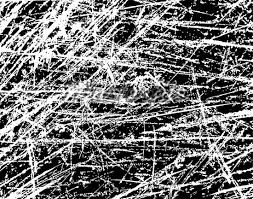 6 Responses to Science inventing the past