Exploring a metaphysics of mind

Carrying on the trajectory of previous posts we’ve reached the idea that although there is a “physical reality out there” (what Owen Barfield calls “the particles” or “the unrepresented”) there is no way we can encounter it directly. All our perception comes through sense and mind representations, which to the extent that we share what we perceive with others are public representations. That applies as much, we found, to the application of mathematical symbolism, as to more analogical symbols like “atoms are particles” or “genes are units of heredity”. Both can tell truth, but are inevitably incomplete and distorted representations of total reality.

Barfield’s own principal contribution is to have realised that those perceptions are not fixed, but have developed down the history of humanity in a way he sees as evolutionary. Early man participated entirely in “the appearances”, so that the boundary between self, other, fact and meaning was blurred. Increasing self-awareness, for example through Greek thinkers, led to a more distinct separation of “self” and “other” until, in our own scientific age, it has become an extreme polarisation between ultimately unknowable and meaningless “reality”, and subjective “illusion”. Barfield sees that we need to move on to a stage of conscious participation, but I won’t explore that further here.

We’ve got, therefore, to what seems a rather discouraging point: the only reality we can know is, to a great extent, an invention of our own nervous systems and minds. It sounds like the most nihilistic reductive materialist’s masochistic vision. Not only is “meaning” in the sense of moral, historical, aesthetic or spiritual significance a human construct, but so are the very physical realities we take for granted in daily life or, at the more advanced level, physical science. We ask, “Why is the rainbow coloured?” and get back the answer that it isn’t really; but quanta are interesting, if meaningless, too, once you get to know the maths.

Admitting God into things transforms everything. Not only is the “unrepresented” then seen to be purposefully created, but the “appearances” we see are also more likely to bear some meaningful relation to them. Indeed, if we too are purposefully created by God, then the representations we perceive may well be a kind of truth that we are intended to understand. The power of reason we apply to them is also in some way analogous to God’s wisdom, rather than being an unreliable epiphenomenon of genetic adaptation for survival.

That God-given correspondence to reality need not be restricted to the bare physical issues, but extends to the whole breadth of meaning too. If the rainbow, as a rainbow, is what we are created to see, then talk of “illusion” is silly. But since we have already established that all our perception has its origin in our minds (including within that the lower mental processes like image processing), it will be equally silly to talk of the aesthetic joy of seeing the rainbow as subjective and illusory, and will reinforce that even the idea of the rainbow as God’s covenant sign with creation, given through Noah, has potentially universal significance. All these impressions are collective representations of overlapping kinds, and absolute distinctions within them therefore arbitrary.

As Barfield points out, this raises all the old theological questions about where God’s activity ends and ours begins. A baby, for example, is born with the ability to perceive and respond to its mother’s face. But the process of learning to discern the (representational) world of objects, sounds and so on is a key stage in early cognitive development. The infant’s ability to see others as individuals like herself is likewise a uniquely human but early stage, as is the acquisition of language which, we saw recently, by giving us true thought helps us construct the social version of reality which we inhabit, but never independently of other minds. Trends of thought like Cartesian dualism are purely social and intellectual changes, yet they have polarised our western worldview into “mind” and “object” in a way not altogether healthy, as we’ve discussed.

How much of that, then, is God’s “creative” activity, and how much “human invention”? When we begin to regain a more participatory view of the world, the question begins to look less meaningful. Barfield starts to explore this in relation to the Incarnation, tying the progressive revelation of God-in-man culminating in Christ into his “evolution of consciousness” theme. But one could equally relate it to the biblical notion of man as the image of God, and particularly that idea of Athanasius that mankind was created, uniquely, with the very life of Christ the Logos, an image marred by sin but regained in the Incarnation and Passion of Christ. Or one could incorporate theories of concurrentism, whereby even human choices stand in subsistent relationship to God’s role as Creator.

However we see it, though, there is the necessity to recognise the involvement of God both as transcendent Creator of the physical reality, and as imminent Father of our humanity, somehow involved in our active understanding of what he has made. These are very deep waters, so I propose to illustrate things with a simple analogy, to wit a stylised fable of the history of television as a medium for the communication of meaning.

So we’ll attribute the whole television project to the wise benefactor of a low-tech human race, named Dr Shakespeare. As a great playwrite and director he hits on the idea of people across the world being able to grow and benefit from great art experienced in their homes. All the dramatic ideas are in his head, just waiting for a participating audience.

There are technical needs, like an entire technology of television, so that people can see and hear as they would were they in Shakespere’s own theatre. Assume that he personally oversees the development of all the technology we have now, and sees to it that a TV is in every house. Yes, I know it sounds a bit like George’s Orwell’s Big Brother, but you’re only allowed to read into this imaginary world what I put into it! The point is that the benefactor is responsible not only for the sending end, but the receiving end.

OK, so he writes, produces, films and transmits a play that has all the richness you’d expect from someone with his name. It has meaning at every literary and symbolic level. Production values are second to none. It also has the common touch, so that according to their capacities the viewers are challenged, moved, delighted and so on in all the ways that true art can achieve. Each brings to the experience the shared cultural experience that makes any great author public property, but also his own life-history and personal associations.

In this way, Shakespeare has successfully communicated much or all of his own artistic and humanitarian vision and meaning, and yet, as humans in the grip of great art will, each viewer has brought something unique to the play and so made it his own.

Now let us suppose that technically inquisitive minds, ignorant or doubtful of Dr Shakespeare’s existence, begin to investigate how all this works, initially by taking the back off the TV. their research will quickly uncover the equivalent of what investigation of our physical world shows us: there are no people, and no play, in the television at all. It was all just a representation by our senses of what turns out to be … nothing but modulated VHF waves, filling the air around us. The play is nothing but an illusion, a human construction put on ultimately mysterious phenomena, which are nevertheless expressible as partial differential equations.

There is (and can be) no indisputible evidence that the meaning discerned by human viewers was previously “put into” the radio waves. Yes, modulation and digital patterns can be detected, but they bear no direct similarity to the sights and sounds constructed by those people who say their (constructed) experience of them reduced them to laughter, tears, deep reflection or social action.

Others, though, contend that not only does the very existence of TVs and waves testify to someone “standing behind” them, but that the very ability of viewers to gather coherent information and profound meaning out of thin air, via sophisticated apparatus, is evidence that what is of true human significance is truly being carried by a medium which, in and of itself, has no concept of meaning. Mind connects to mind through a medium. God speaks, and it is so.

For my thoughts are not your thoughts,
neither are your ways my ways, declares the Lord.
For as the heavens are higher than the earth,
so are my ways higher than your ways
and my thoughts than your thoughts.
“For as the rain and the snow come down from heaven
and do not return there but water the earth,
making it bring forth and sprout,
giving seed to the sower and bread to the eater,
so shall my word be that goes out from my mouth;
it shall not return to me empty,
but it shall accomplish that which I purpose,
and shall succeed in the thing for which I sent it. 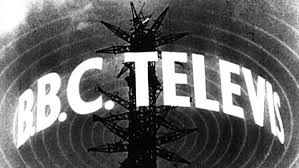 17 Responses to Exploring a metaphysics of mind