The Third Way is the project of a group of scientists dissatisfied with Neo-Darwinism as a theory of evolution, yet also committed to naturalism. I’ve commented on it a couple of times before, firstly last August, when I praised its openness to exploring new ideas, including those involving teleological mechanisms; and subsequently in discussion to demonstrate that, despite frequent claims of total solidarity, there are indeed those within science wanting to replace, rather than merely extend, Neodarwinism.

The vast majority of people believe that there are only two alternative ways to explain the origins of biological diversity. One way is Creationism that depends upon supernatural intervention by a divine Creator. The other way is Neo-Darwinism, which has elevated Natural Selection into a unique creative force that solves all the difficult evolutionary problems. Both views are inconsistent with significant bodies of empirical evidence and have evolved into hard-line ideologies. There is a need for a more open “third way” of discussing evolutionary change based on empirical observations.

But I now see that they’ve expanded and nuanced this, perhaps through reflection and perhaps because their numbers have increased – there are now forty-two researchers named, rather than the initial twenty-nine. For a start, they’ve added detail to their critique of Neodarwinism, whilst backing off from their blanket condemnation of all Neodarwinists as absolutists:

The commonly accepted alternative is Neo-Darwinism, which is clearly naturalistic science but ignores much contemporary molecular evidence and invokes a set of unsupported assumptions about the accidental nature of hereditary variation. Neo-Darwinism ignores important rapid evolutionary processes such as symbiogenesis, horizontal DNA transfer, action of mobile DNA and epigenetic modifications. Moreover, some Neo-Darwinists have elevated Natural Selection into a unique creative force that solves all the difficult evolutionary problems without a real empirical basis.

That does seem an improvement, if less polemically punchy. The other change is an additional sentence regarding their category of “Creationism”:

One way is Creationism that depends upon intervention by a divine Creator. That is clearly unscientific because it brings an arbitrary supernatural force into the evolution process.

It wasn’t clear in the original statement whether “Creationism” was intended to mean just “special creationism” of the Young or Old Earth types, or to include Intelligent Design and the various types of Theistic Evolution, by dint of a rather loose (or perhaps naive) use of the phrase “supernatural intervention.” Their modification clarifies that their problem is with divine action of all sorts, not just the biblical literalist sort – An “arbitrary supernatural force in the evolution process”.

Third Way has every right to conduct its project any way it prefers, but I want to examine to what extent theistic evolutionists, especially Christians, can consistently go along with such thinking, which is really a challenge for them to ask what they would change, and how it might fit within current science.

I’ll pass quite quickly over the part that says “[intervention by a Divine Creator] is clearly unscientific.” One has to ask if “unscientific” means “not susceptible to the limited scope of science” or “wrong”. That’s the old problem of the protean demarcation criteria of science, methodological naturalism and epistemology, which we’ve discussed in depth recently. The issue of “the limited scope of science” is, potentially, analogous to the study of books through typesetting, excluding as irrelevant the ability to read. Assuming it’s not quite that self-abnegating it’s likely Third Way means, by unscientific, “wrong”. Which is mere unevidenced assertion.

What catches my attention more is that phrase, “arbitrary supernatural force in the evolution process.” The thought is obviously the usual accusation, “Gap in knowledge here, so ‘Goddunnit'”. Maybe Christians in science would like to agree with that prohibition on “God of the Gaps”, but they must ask themselves whether God can ever be seen as an “arbitrary” force. Is it not a core Christian belief that God is the Necessary Being? In classical Thomism, this is the argument from contingency, the original “Third Way” (and still the best?). But it is equally foundational for those expressing the nature of God as “the Ground of all Being.” If evolution is part of being, then God is the necessary ground of it, necessarily involved and not by any means an arbitrary force.

Let me expand this line of thought via Aquinas’s Five Ways, worded loosely and briefly and not supported by arguments, because as expressions of faith rather than proofs of God for outsiders they are largely unexceptionable and cover several significant areas.

The First Way says that “Whatever changes is changed by something else, and the ‘Prime Mover’ we call God.” Can any theist object to that? It is the basic doctrine of creation in a nutshell. In terms of biology, evolution must be traced back ultimately to God.

The Second Way says “Whatever comes into being has a cause, and the First Cause is called God.” Again, if evolution and the creatures it produces are considered, God is their ultimate cause. What Christian could disagree?

The Third Way, as I’ve mentioned, is the argument from contingency: “Contingent things, ie things that might be different, must ultimately come from a Necessary Being, God.” Again, that cannot be denied without denying that God is the ground of all being.

The Fourth Way (to modern ears) is the most obscure, stating that “The source of lower degrees of perfection must be the highest possible degree of perfection”. Once more, I’m not concerned to discuss whether this is, nowadays, a good proof of God, but the perfection of God compared to the creation is fundamental Christian teaching. Interpreted in evolutionary terms, God cannot in orthodox faith be seen as the lowest being, from which evolution begins to grope higher, nor as one being amongst others, but he stands in some way over creation, more perfect than even its highest products. Or to put it another way, whatever progress there is in theistic evolution was made possible by a still more perfect Creator. Will any believer argue?

The Fifth Way is the teleological argument, the argument from finality. “Teleology must have its source in an ultimate Final Cause, God.” Thomists will insist that “teleology” means not just movement towards complex goals (such as an organism or its genes striving to survive), but any end-directed activity, such as the tendency of radioactive isotopes to decay, of proteins to fold, or of a stone to fall. Teleology, as I’ve frequently noted, is the hardest subject on which to pin down theistic evolutionists. But the output of a site like BioLogos in recent months seems to suggest that, though they are uneasy about discussing teleology within the process of evolution (not, apparently, recognising the Thomistic usage), they at least agree that “God intended” evolution itself, and in all likelihood at least mankind as its product.

All five of these ways, then, confirm that to a Christian, a “supernatural force” behind evolution is in no way arbirary, but in every way necessary, if God be its Creator at all.

But, one might argue, the fact that God is ultimately the author of evolution does not negate the sufficiency of natural efficient causes within it to account fully for it, without positing “divine intervention”. After all, Aquinas in all his arguments traces God as the ultimate source, not as a tinkerer along the way. The problem with this is that it makes an assumption that is taught neither by nature itself, nor by the Christian faith, nor even by Thomas, but is a mere diktat of current human science: that the world can be understood sufficiently as a closed system of natural efficient causes.

The only way the Christian can accept that as a truth, rather than as a mere convention to circumscribe the purview of scientists to a narrow focus, is by the assumption that it approximates practically to reality, because God’s causative action is effectively limited to the time before that under study. This seems to be where BioLogos stands in affirming cosmic fine-tuning (as an act of the original creation) but distancing itself from divine action in evolution. But where is the sufficient warrant for that assumption, which arose with Deism but constinues to run apparently under its own steam in Christian scientific circles?

To return to Aquinas, he is no more committed to the inevitability of long chains of causation that William Paley was in writing about a sequence of self-reproducing watches. All five arguments simply talk about effects and their origin, at whatever remove, in God. But Scripture affirms many instances in which the chain from God’s act to the observed effect is short, and occurs within (recent) time.

The obvious and prime example is the Resurrection, in which the direct action of God brought the dead Christ to life. But though Christ is the firstfruits of the New Creation, he was not the first to return from death – it was the direct power of God that resuscitated both Lazarus and Jairus’s daughter.

Human life was not the only act of new creation in Jesus’s ministry: water did not become wine by natural causes, and neither did five loaves and two fishes grow biologically to feed five thousand, but God acted creatively. But such direct divine action was not restricted to that time: we read that each new believer in Christ is a new creation, and if that is mere metaphor then so must be the eternal life it engenders.

Indeed, according to Catholic doctrine each new member of Adam’s old race is in part a new creation, the eternal soul being directly created by God, rather than by natural generation. But leaving aside specifically Roman teaching, a proper understanding of the relationship between mankind’s creation “in the image of God” and the second Person of the Trinity, “the Image of God”, shows that there is a discontinuity between mankind and the rest of creation that was brought about by divine action in real time.

I will leave to one side, as more open to quibbling, God’s self-proclaimed action in natural phenomena, animal lives, human lives and world history. The upshot is that the very difference between Christian Theism and Deism is measured by the shortness of some of the causal chains in creation, in which God claims to be intimately involved rather than distant and aloof.

So divine action is always necessary, and never arbitrary. But to claim to know when divine action is unnecessary (and so would be an arbitrary intervention) is to claim to know already the very thing you’re investigating – the way God’s world works. One is saying, “Lord, I know through faith that you are absolutely necessary to the mysterious process I’m investigating. But I also believe by the conventions of my philosophy that your hand won’t be seen in it because that would be an arbitrary interference in what my philosophy chooses to assume to be autonomous.”

And if God should reply, “What’s your warrant for that belief?” you can always reply, “Jim Shapiro and The Third Way.” After all, they may be the next Big Thing. 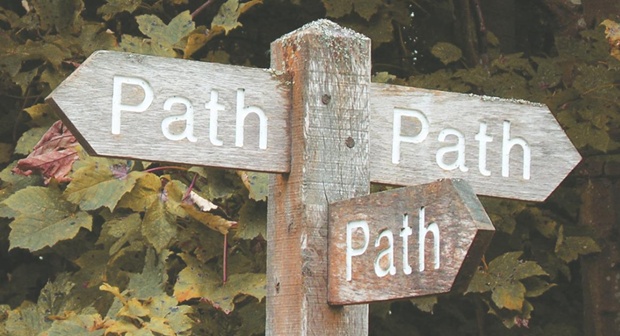