The presentation of self in everyday ecology

Apologies to sociologist of my youth Erving Goffmann for the title. Our friend Hanan, as always perceptive, e-mailed me with some quotes from a blog, or perhaps a conversation, on ecology:

“Harmony” suggests that everything is working together. What’s really happening in an ecosystem is that everything is working on its own, and on its own, for its own reasons (so to speak), reacting to everything around it. Even symbiosis, like between bees and flowers, isn’t the bees and flowers working together, but the bees getting as much as they can out of the flowers and the flowers getting as much as they can out of the bees. They’re in tension with each other, each trying to get the most use out of the other while expending as little of its own resources as possible.

Hanan asks, “Does teleology require harmony? Or are harmony and tension mere human constructs that have no weight in the question at all?” 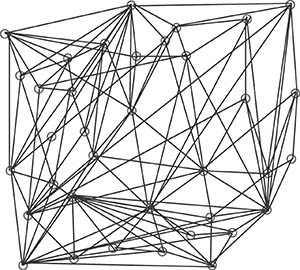 My first reaction to this question was that, in a highly complex system, one cannot sensibly attribute reasons to any one part of it from merely empirical observation. The system works as a whole, and everything affects everything else, both positively and negatively. So on what intellectual basis would one stop at the self-interest of the individual organism, rather than anything else, as “the key” to the system?

The only reasonable answer is that it’s a philosophical preference, a prior commitment to the principle of individual Malthusian struggle, which is then applied as an arbitrary rule of interpretation to everything. It’s saying, “I believe everything devolves to the principle of self-interest, and look – I can apply it plausibly to ecosystems.” But the fact is that if one were, instead, committed to a philosophy that each works for the others benefit, the data could be made to fit just as well. A system of mutual dependence will go in a new direction or fall apart when altered just as much as one that is under the tension of self-interest. It’s just a preference, arising from the metaphysical choice underlying a Darwinian view of life.

Margaret Thatcher was roundly condemned on all sides when she said, “There’s no such thing as society.” Too many took it to mean that everything can be reduced to the self-interest of individuals. That’s no more true in biology than it is in politics. This can be illustrated by even much simpler systems of interaction than ecosystems. A mother feeds her screaming baby. Why? You could interpret it as being loving concern that the poor dear is hungry. Or it could equally be a selfish (evolutionarily programmed?) desire to make the nasty noise stop. In this case one can’t ask the baby why it cries, but one can ask the Mum why she feeds, and no doubt she would answer because it’s hungry, and to stop the noise.

However, since my daughter has a new baby, the priorities of motivation are pretty fresh in my mind. She often says that the one thing childbirth classes didn’t prepare her for was how utterly besotted she would be with her baby. Feeding her is a joy for both, and though the crying is a signal to begin, it isn’t a distressing one. In daily context it’s more communicative than coercive. The only time I saw her upset was when baby had an unusual cry from colic, and she didn’t know how to stop that nasty noise. Even then her daughter’s unhappiness, rather than the decibels, were what she worried about.

A tacit assumption of the conceit that self-interest underpins ecology is that it is an explanation for it, that ecology boils down to the sum of individual self-interest, like some biological equivalent of Adam Smith’s Invisible Hand. But that is sheer nonsense. Self-interest only produces a balanced ecological system if the system is itself well-designed. Even the mother-baby example shows that. It’s all very well saying that mother’s self-interest in stopping noise serves the baby’s interest in being fed, but if so that’s only because it’s part of a finely-tuned relationship. Babies can equally be stilled by strangulation, which has the advantage of stopping the cries permanently.

In an ecosystem the tuning problems are multiplied exponentially. The only guarantee that self-interest would result in a stable, mutually beneficial, system would be the “emergence principle” I mentioned in a comment recently: the unfounded belief that complexity necessarily produces order. Without such a principle, it would appear that ecological meltdown is more likely than not – even at the global level. Self-interest may be compatible with ecology, but it is self-evidently not sufficient to ensure it.

The quotations Hanan cited pitch “harmony” against “tension”. Hanan is quite right to question the use of such words in the scientific context of ecology, for both are human interpretations of what is, after all, observed as simply a stable interacting system. “Everything falls apart” if you remove my heart too, but that does not mean my body is a taut mass of self-serving organs. Even biologists, I think, see internal homestasis as harmony. But with that pointed out, the dichotomy is in any case an entirely false one. 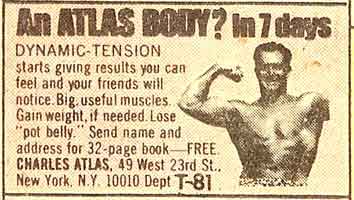 “Harmony” is a musical term, is it not? And harmony in music is actually all about a dynamic tension. A simple major chord (the triad, doh-mi-soh) is a stable harmony – all is settled and peaceful. But in itself it isn’t music. Music is when all the different notes and chords interact with each other, thus creating harmonic tensions. That is especially true of those snazzy chords (9ths, 13ths, flattened 5ths etc) that are used in jazz. Like syncopation and swing, they are there to keep the thing tumbling over itself and moving forward in an interesting way. But the same idea is there in Mozart or Madonna, even in the key changes of sonata form. Most “ordinary” pieces of music end with a lead-in to a major triad from an “unstable” chord (called a “cadence”) to make you feel satisfied it’s all come to a proper end, after a worthwhile journey. Harmony and tension, then, are entwined, if they’re not actually different words for the same thing.

The biggest error of all in this view of ecology as “each trying to get the most use out of the other while expending as little of its own resources as possible” is that, in trying to do away with any possibility of teleology, it crowbars a completely teleological concept – self-interest – into the frame. Admittedly, in this it follows Darwin, whose “struggle for existence” has become so much part of the scenery that it’s easy to forget it is a rather inept analogy. If there is no teleology in evolution, then the “struggle for existence” means, de-mythologized, no more than that organisms’ activities, in some cases, differentially enhance their survival – or strictly, their reproductive success. They are not trying to further their own ends, but they happen to do so.

But by the same token, their activities may also further the welfare of other species (in the most efficient way = “as few resources as possible”), or the ecosystem as a whole. So “altruism” is no better or worse as a guiding concept that “selfishness”, since both are imported teleological terms. I would suggest that, in a naturalistic worldview, the only comprehensible story you can tell is to personify what are (supposedly) impersonal ateleological processes. “Trying to get the most out of the other for least cost” is the imputation of teleological aims to blindly-formed organisms. It’s therefore no more than a metaphor or allegory, and therefore, as Hanan rightly says, of no weight at all.

And needless to say an allegorical or metaphorical analogy has no power of causality at all – metaphorical self-interest doesn’t begin to explain why ecosystems work, and why the first life didn’t muscle its way to rapid mutual destruction.

In a theistic system, in contrast, it is by no means improper to invoke teleology. With God at the helm it might actually be true that there is a “maximum gain at least cost” internal teleology at work in every organism. But that could still be subservient to the Creator’s overarching desire for, and design of, a system for harmony and mutual benefit. A good teacher might deliberately stick a quiet kid and a boisterous kid together knowing that the noisy one brings the shy one out, and the quiet one calms the loud one down. Everyone benefits from their self-interest if the system is well-designed.

So even if baby’s cry were designed exclusively for mothers to want to make it stop, and even if it were prompted by baby’s entirely self-centred need, the desired result would still be a happy mum, a happy baby, happy neighbours and the increase of the human race and its brotherly interdependence. But in theism, there’s no necessity to strip down even the intrinsic teleology of organisms, as opposed to God’s external teleological providence, to a one-dimensional “struggle for survival”. It’s a good game, I suppose, finding ways to squeeze everything into that rigid mould, but the life we actually experience, unless we’re cynics, is far richer than that.

“Motivations” of self-interest and of service to others are not mutually exclusive. Once in another life I was a doctor. The hours were long, the stresses high, the heartaches frequent. But I did it to relieve ny fellow-humans’ suffering. No, I did it because it gave me occupational independence and paid well. No – there was no conflict between those sets of factors, and all the other motivations whose net result was that I did what I did. I grumbled if the government blocked a pay rise. I complained vocally if one of my patients was treated badly in hospital. Why, then, is it out of the question to attribute the sense of doing a job well to cleaner fish, to beavers or even to apex predators?

I suppose the answer would be that it’s attributing teleology to dumb organisms. Quite so. We mustn’t do that – so let’s stop talking about organisms “trying” to do other impossible things, like serve their own interests. 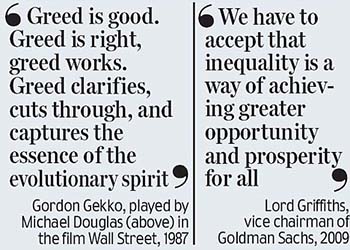 5 Responses to The presentation of self in everyday ecology