A year ago I did a piece on the three philosphical models of divine action. This was mainly to show the inadequacy of the “mere conservation” model that seemed to dominate the BioLogos mindset regarding the natural creation, leaving only the category of “miracle” to account for God’s action in the life of the believer, history and (in extremis) nature.

I deliberately bypassed one view, occasionalism, almost entirely. This is partly because it finds few adherents nowadays, but mainly because it was simpler to contrast conservationism with the prevalent view of historical Christianity (which I share), divine concurrentism. I quoted philosopher Freddie Freddoso on the meaning of occasionalism:

And I dispensed with it in my column thus:

We can dismiss occasionalism from the discussion here, though it did become dominant in Islamic thinking through al-Ghazali (1058-1111), and is commonly held to have crippled Islam’s scientific progress: occasionalism denies secondary causation altogether, and therefore the possibility of doing science.

I’m re-examining occasionalism here, not so much to promote it, but to illustrate how much of the reason, perhaps, that we discount it altogether is based on an emotional (and Promethean) over-attachment to freedom. So it may help sharpen our thinking a bit to consider it.

In my long one-sided dispute with BioLogos (I’m not sure where they actually stand on the issue now, any more than I was then) I argued against glib talk about creation’s “freedom” and “autonomy”, so prominent in Howard Van Till’s influential input into theistic evolution. I argued then, and argue now, that to merge the unique freedom of action of mankind, and perhaps the more limited self-direction of the animals, with the law-like and chance-like behaviour of inanimate matter is simply incoherent.

But, I suggest, that’s by far the most common reason for dismissing occasionalism, rather than what I would consider the more substantial and subtle reasons to be found in Scripture. So, assuming here the existence of true wills to be an exception to occasionalism, the reason for rankling at the idea that everyday events, such as the attraction of gravity or chemical reactions – or the mechanisms of evolution – are the direct, unmediated, works of God is often an emotional one. To exclude secondary causes would simply be unfair on the creation, and on us as we study it. It would be misleading of God to make it look as if A causes B when, in fact, it had been his own direct action.

In fact, David Hume, no friend to divine action, cast serious doubt on the nature of causality anyway, but leaving that aside, I’m not sure an occasionalist view is really a problem for science, and even less for faith. On reflection, my reason for saying in last year’s piece that occasionalism denies the possibility of doing science only applies if God were inconsistent or capricious in linking events as cause and effect, which is manifestly not the case. The idea of natural law, or the older Aristotelian equivalent of forms and natures, is based on the empirical observation of consistency in the world. If God is willing, and able, to create secondary causes with regular effects, he would be equally willing and able to produce the same effects without ever creating those partly independent causes. Let me expand. 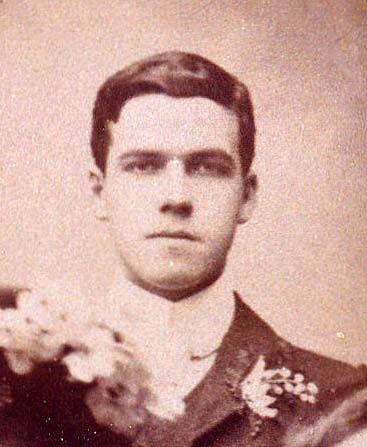 My Great Uncle Will, pictured here in 1902, at that time had a job as a computer in the Royal Greenwich Observatory. You may be aware that digital computers were named in imitation of the smart mathematicians, often female, who crunched numbers before Turing’s invention. He was an instance of that role-model, only male of course. We can assume that what was desirable in a human computer was, primarily, mathematical consistency – that they would always get the right answers, according to the fixed laws of mathematics. Presumably it would help if they did the job quickly, too. So far, then, we might imagine God as a kind of super-Uncle-Will, doing all the universe’s calculations by hand and so ruling its order by the rules he himself ordained for its good, which we call “laws”.

If that idea touches a raw nerve, then ask yourself why it was that Uncle Will’s kind ever came to be replaced by man-made “secondary causes” in the form of computing machines. It certainly wasn’t because computers can do anything that humans cannot. Computers, after all, only peform the algorithms that humans design them to do – Garbage In, Garbage Out was the old aphorism. No, the reasons we use computers are because (a) people are prone to make mathematical mistakes, (b) people are too slow to get jobs done in the planet’s lifetime and (c) computers release people for less mundane tasks than mere number-crunching. Uncle Will went on to work for HM Customs, a more human task and one more suitable to his aging  grey cells.

But none of those reasons applies to God: he does not make mistakes, he knows all things instantaneously and has infinite capacity to execute algorithms, if that is his desire, whilst giving his whole attention to our individual welfare. I would suggest that, if it were God’s will to dispense with secondary causes we would not have any way of telling the difference, and it’s hard to think how it would have any more moral implications than my deciding to write this post by hand and distribute it by snail-mail instead of employing high technology.

As it happens, I think there are hints in Scripture (rather than in philosophical reason) that God didn’t choose to work that way – there is a sense of nature’s distance from God in the language, from Genesis to Revelation, of God’s controlling and taming nature rather than simply presenting it as a projection of his will. But most objectors to occasionalism aren’t motivated by such deductions from Scriptural teaching, but by an idea that science must be studying secondary causes, as if consistent primary causes would appear any different.

I’ve hinted at the more substantial objection above, that occasionalism would make any kind of authentic human freedom impossible. That would be weighty if God were restricted to working in that way. But Uncle Will provides guidance on this, for even his 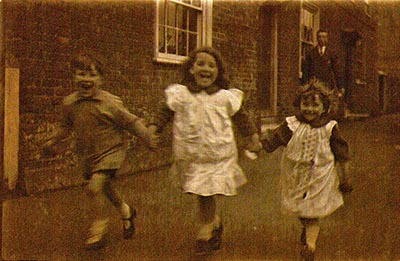 limited human intellect was capable of spending his days calculating astronomical data, and his free-time in relating to others person-to-person. He was active in his Nonconformist church, a good family man, and a keen early photographer; apart from taking interesting pictures of Greenwich Observatory and its environs at the turn of the twentieth century, he took family pictures like this delightful one from 1923 of my mother with her cousin and younger sister. If he could be both a benign uncle and a human computer, we shouldn’t deny the same ability to God, surely?

Now, as I said, this is not a pitch for occasionalism. To me, as to most thinking believers over the centuries, concurrentism ticks more boxes. But I don’t think we’re in a position to know about these things, and a healthy agnosticism ought, I think, to result from an attitude of humility to our Creator. The various philosophical reflections do have some apologetic function in showing the compatibility of belief in the Sovereign God of Christianity both with the world we observe through science and that we experience as free human beings. But we should be wary of ever telling God that, as a result of our reasoning, he has to work that way.

16 Responses to Marking the occasion