Nearly two years ago I wrote on the difficulties evolution presents to philosophical realism – the existence of universals like “human nature” – and what it would take for us as Christians to be able to hold the first without losing the latter. It’s a real philosophical problem, and involves who we are.

Another recent conversation with Timothy Hicks relates to that issue.

I had mentioned how dualistic I found the idea, often suggested in TE circles, that God selected a creature that happened to evolve some requisite traits like intelligence, and endowed it with some kind of “upgrade” in order to confer his “image” upon it. Forget for a moment how fuzzy the concepts are of what might constitute that image, or even the evolved prerequisites for it. My problem is with the whole idea of some kind of “supernatural” higher being (a generic “rational soul” perhaps?) being grafted on to a stock animal it can be made to fit. The image I conceived was of some Victorian philanthropist trying to civilize a feral child from the streets by squeezing it into an ill-fitting suit of velvet. One way or another it’s a combination that’s not going to prosper.

I hope it’s easy to see how easily that idea lapses into a disdain for the material creation – a kind of gnosticism. If we’re actually an uneasy combination of Christlike heaven, and contingent evolutionary mayhem, who wants resurrection to more of the same after death? Won’t we rather be seeking, like the Gnostics, to escape the prison of the body and the messy world that bore it, and escape to disembodied heaven, the pie in the sky when you die? But that isn’t the Christian hope. And until it happens, won’t we be a seething mass of contradictions as the “higher nature” ghost-in-the-machine seeks to control the overpowered hot-rod of the flesh? I know that’s where much evolutionary theology leads, but it says little for the wisdom of God.

Here’s another illustration. These are two guitars made for me by my good friend Alvin Davies.

The first is a resonator of the “Dobro” type, unusually built of wenge wood, with a flat fingerboard for bottleneck and a Hawaiian motif of palm trees in abalone and copper on the ebony and maple-inlaid headstock. Beautiful. The second is an electric 12-string modified to our own specs from a Rickenbacker 620 design, in flame maple with a firebust finish and various other unique features.

Now, guitars differ from organisms in being artifacts made of disparate parts (the wenge could easily have been made into a worktop and the maple into billiard cues). But even so, these have each been conceived and made as a unity, for their particular guitarish uses. Trying to interchange the necks, or graft the pickups on to the resonator, even though they are both the same kind of instrument generically, would produce something both ugly and useless. They are both what they were always intended to be in Alvin’s mind. And on each, the parts were all made for each other.

Christian theology teaches that we were created in God’s image, as a unity – we were not painted with the image of God as a post-production modification. Neither were we simply appointed to a position as “God’s image” because no better candidate applied. In Genesis 2 imagery, Adam was made of dust and the breath of God, but the result was not dusty spirit, but a unified living soul – a true creation.

How might (or how must, theistically) that work with evolution? Philosophically and theologically I have a strong sense of the individuality of forms. Each creature is its own thing. So a human is not merely a modified ape, but a new, unique being, even though it has ape similarities and, we assume under evolution, ape descent. The same is true for every species.

In other words there has to be some discontinuity as well as some continuity in speciation, though that isn’t actually allowed under Neodarwinism and most of its variants. These are theories, essentially, of “piecemeal alteration”, whereas I believe that creation, if it has material precursors (like Adam and his dust), entails true “transformation”.

That is especially so if one retains a biblical view of God’s active involvement with his creation rather than the now traditional TE semideism. (That’s why I anticipate evolution will in the end turn out to involve such “transformism” – and why I suspect the fossil record is not actually misleading in its prevalent pattern of stasis and saltation regarding species).

If I may draw a parallel in considering God’s involvement within nature: the Bible repeatedly speaks not just of God creating the mechanism of the weather (though the hydrological cycle is described pretty accurately in Job 36-37, without a solid raqia in sight!), but of his sending storms, droughts and so on for his local purposes. Now, whether or not you can work out a persuasive model for how this works, both are necessarily true in a properly Christian theism. You can study meteorology, and make a career out of it, but faith demands God’s providential use of it. The Christian weatherman ought still to pray about the weather. Likewise, I maintain, in the case of evolution: it has its own secondary causes, indeed, but God’s sovereign purposes work within, alongside, or despite them (exactly how is just a secondary metaphysical question). And if that makes me suspiciously like a Creationist, so be it – I’m prepared to justify it from the fossil record!

Instead, I suggest that natural processes are the tools God uses, actively, in the instantiation of his creation as individual kinds of being, or “forms”. To be a giraffe is to be a unique work of God, whatever the family tree and the processes involved, just as to be the storm prayed into being through Elijah to impress Ahab is a unique use of the hydrological cycle.

To be human, the culmination of God’s creation, is even more necessarily to be a true unity, not a chimaera. It is to be created in, and as, God’s image through the entire history of evolution, guided and directed by God to his planned end. Inevitably many aspects of that creation, not to mention that evolution, are opaque to us – not least because we don’t actually know much about what we are: what is “matter” anyway? What is “spirit”? What is “mind”? What is “life”? But we can, and ought to, maintain belief in a fundamental planned unity within our being, even as we give the nod to the evidence on (and in) the ground, of common descent and so on.

Chances are that will make some people regard us as unscientific, and others as unspiritual. But I think it begins to approach the deep complexity of the way things really are in a world under the governance of God. 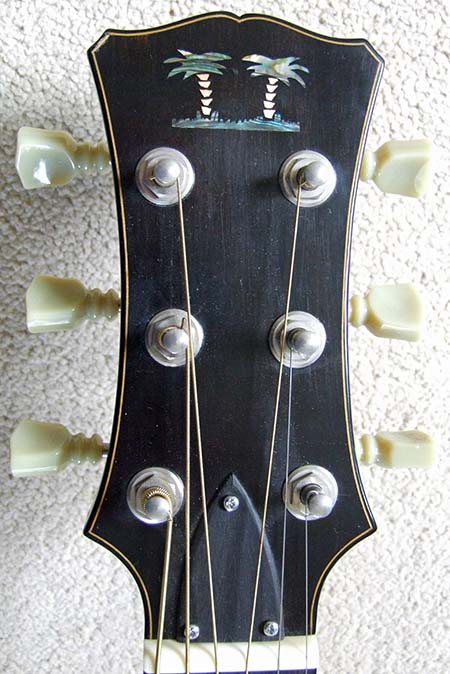