The danger of dualism in theistic evolution

I’m continuing the theme here, from the last two posts, that origin of life questions may require not just new knowledge, but a new scientific paradigm – perhaps one that integrally includes God. This is counterintuitive to many Christians most involved in science, and who are comfortable with methodological naturalism as the only alternative to a crude supernaturalism. But I’ll try to justify it from a remark made to me by Joshua Swamidass on BioLogos.

Swamidass has suddenly (and perhaps to his own surprise) become a big player in the origins discussion. Firstly, a piece he’d written on common descent was attacked in several episodes by ID philosopher Cornelius Hunter. Then he crossed swords with scientists like Ann Gauger from the ID camp on the same issue, and then personally braved the lions’ den of Uncommon Descent, where he suffered undue savaging from vocal Creationist opponents of all things evolutionary there.

He’s now become a regular poster on BioLogos, promoting an orthodox and providential account of theistic evolution with which we’d be very happy here on The Hump. It’s notable how irenic his manner has been throughout, finding common theological cause with individuals within ID (and even with Creationists like Todd Wood) even after what was evidently a bruising encounter.

In my discussion with him at BioLogos (which I’ve pursued sparingly as he’s already engaged in too many conversations), my only real disagreement was his apparent belief that his own historically orthodox position is thoroughly representative of Evolutionary Creation overall, and BioLogos specifically. If it were, I’d have felt no need to critique it so strongly over the last six years. In fact, Swamidass’s replies show he is clearly aware that this is so, since he hopes BioLogos will be increasingly reflective of a more traditionally “theistic” position than “in the past”.

I just note, in passing, that when Casper Hesp, Eddie and I made similar comments about the need to clarify the difference between that shadowy “past” and “present” policy, James Stump of BioLogos carefully denied any real difference between them, describing those whose views had been criticised as having “valid approaches”. Like it or not, organisations are judged by the things they countenance. If BioLogos presents Thomas Jay Oord’s “weak God” theology, without critique, as one of three possible models of divine action, then Christian outsiders will inevitably see it as an endorsement. It’s far from clear that it isn’t, since former Karl Giberson’s Open Theism is still one of those valid approaches.

One thing I didn’t discuss with Joshua (it would have been distracting) was his valid point that science is limited in the question of Creation, in that, for example, evolution cannot explain the creation of an immortal soul. That clearcut example, however, throws up all kinds of issues. I did point out (I believe) that such a dichotomy between a created soul and an evolved body means one cannot quite so readily dismiss an historical Adam as many TEs do. If there was no first man, and the soul did not evolve, then who received the first one? Gradualistic continua cannot apply, surely, to non-natural eternal souls? If TEs give no answer to this, they have no answers worth listening to.

But such problems throw into relief, in my view, the shortcomings of the scientific paradigm for Christians. It creates, or assumes, a radical dualism between “natural” and “supernatural” that must make one vulnerable to accusations of “God of the Gaps”. Theistic Evolutionists include those like Nancey Murphy, a Christian physicalist who denies the existence of such a soul in order to avoid those gaps.

And Murphy has a real point: the kind of casual dualism that Joshua introduces implies that a human being is no longer a created being, a unity (or “a substance” in Aristotelian terms), but a biological artifact with a superadded supernatural “soul”. Not only is that unbiblical (for man is, not has, a living soul or nephesh), but it creates a Gnostic antipathy between the crude flesh, inherited by and in many accounts corrupted by “natural” evolution, and the eternal spark within which, presumably, will be liberated to heaven at death.

Nevertheless, the fact that man is not “merely” material is central to Christian anthropology: it is hard to ignore the “gap” without abandoning the historic Faith, and especially hope for eternal life.

But like all such gaps in creation, it tends to making increasing scientific knowledge destructive of the spiritual. A series on BBC radio currently is examining “the self” neurophysiologically. In its favour, the inherent mystery of human consciousness is not denied, but the sub-text is that since so many odd phenomena – sleep paralysis, out of body experiences etc, can be mapped to physical and neurological events, the idea of a truly separate ghost-in-the-machine decreasingly has anywhere to hide. And if it exists at all, because it is beyond science, it’s more parsimonious to ignore it.

The error, as I see it, is our tendency to resolve the dualism in favour of the physical, and this Nancey Murphy does, as if “the physical” were a true description of Creation, when in fact it is only a convenient abstraction which sits pretty loose to what we know of reality even from quantum science, let alone from faith. Why should we not equally validly resolve the dualism in favour of the supernatural, as the Creationists do? But if that is mistaken, should we not formulate a new research programme that unites the “natural” and the “supernatural” is a single explanation of the creative work of God through his Logos?

If the Bible speaks truly about Creation, it is a process in which God is intimately involved from start to finish. He creates not artifacts, but existences, their interactions and the ends to which he directs them providentially, and he creates them inseparably. A true account of man cannot hive off the body to piecemeal “natural” evolution, and leave the soul to one side as a non-scientific “supernatural” extra. We are unified living souls, and so explaining our origin needs to explain that, not some inadequate model of us.

I remind you again of the music analogy I used in the last post. Although it may be possible to study a guitar’s acoustics and mechanics while treating its human maker, and player, as a background assumption, it remains true that the phenomenon that matters – the music – must embrace the human. Human creation is about the human race as a musical performance, not as a collection of biological machines possibly possessing an invisible set of players “out there somewhere”.

That’s why it’s so misleading to say that God “creates through evolution“, when evolution does not account for what we actually were created to be. It is to say that God actually creates in a compound way: physically by processes we can understand without reference to him, and spiritually by fiat beyond our understanding and, perhaps, therefore, not worthy of consideration.

Aristotelian and Thomistic science (in detail, of course, as full of error as that of Lamarck or Darwin) paid attention to the unity of creation, not by hiving off everything mysterious to a supernatural realm and studying only the physical, but by recognising that the material and immaterial creation are part of the same entity – the cosmos –  to be studied as a whole.

Like Aquinas, but unlike Aristotle, theistic evolution ought to have the advantage of a clear concept of the God governing that creation in all its aspects (unless it muddies the waters by espousing heterodox views of God). It cannot plead the limitations of science, because it is not a scientific enterprise, but a bridge between science and God. There are plenty of atheist voices denying such bridges. They cannot be countered simply by saying the same things and adding, “but we believe in God, too.” Frankly, who cares, if they give no coherent justification for it?

Evolutionary Creation cannot give a naturalistic account of evolution, and then say “of course there’s an immortal soul, too”, or “of course, some of us think providence may be involved too” or “of course, God somehow turns stochastic outcomes into eternal purposes”. It must integrate those aspects of God’s creative activity into a unified picture, however incomplete that will inevitably be. Aquinas managed it nearly a millennium ago for his times. There’s a duty on Christians to be radically inventive in tackling these matters with new tools.

I speak as a citizen of a nation that wakes today to find itself, for better or worse, committed to reinventing itself. Sometimes circumstances demand new paradigms. 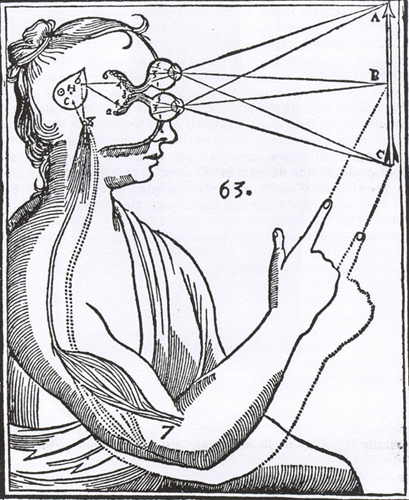 17 Responses to The danger of dualism in theistic evolution