Chasing up, for interest, references to the 1908 “Tunguska Event” (now most commonly thought to be a meteroric or cometary air-burst), I came across this recent piece in Physorg.

It deals with the paper describing a possible similar (but smaller, lower altitude) airburst at an archaeological site identified with the biblical Sodom, an event to which I have referred before.

The article itself summarises the paper nicely. Sadly, in the comments, the rather sad, but all too common, habit of criticizing the author for even mentioning a paper written under the auspices of a Christian University becomes the main focus. But I’m not wanting to deal with that here, but with the author’s unsuccessful attempt to ward off such criticism in his last paragraph, which can I think lead to some fruitful discussion:

The Bible is interesting from a historical perspective, because it sometimes interweaves actual events from history with the Christian mythology. Now that it seems reasonable that a meteor airburst did destroy the area that may have contained Sodom, we can lay to rest the idea that the Christian God sent down fireballs to punish homosexuality. It looks like once again, it was a perfectly natural event that led to an apocalyptic, mythological story, and that what people once attributed to Gods and Goddesses is just nature.

The logical flaw in this, of course, is that if for the sake of argument the reality of the airburst and of its identity with the biblical account is accepted, the event shows nothing whatsoever to refute, or affirm for that matter, the role of God in it, still less to “lay  to rest the idea.” The Genesis text does not actually speak about raining fireballs, but about raining burning sulphur (which the cited paper confirms in high concentrations in the soil), and this is what the author of the piece affirms too. Science – and specifically this scientific study – can say nothing to gainsay even the contention that God personally threw down the sulphur, or that he directed a meteor that stirred it up from the Dead Sea, still consistent with the Genesis description.

Indeed, if we accept the whole account, then this event was announced separately to both Abraham and Lot in advance, so that the latter and his family were able to escape. There is no valid literary reason to accept the astronomical event, but not the human narrative, apart from prejudice.

But more fundamentally, the statement quoted above is saying nothing scientific at all, but baldly stating a metaphysical assertion about the nature of Nature, with no supporting evidence whatsoever. It’s back to that old chestnut of using the word “natural” as a talisman for a conceptually vague notion gleaned from materialism, or at best Deism, and then claiming to have proved the latter.

If “natural” means simply that such things as meteric airbursts exist in the world, then the Bible doesn’t dispute it. In this event, the sulphur that fell was just the ordinary kind of sulphur which presumbably was known in mineral outcrops, and not some malevolent supernatural variation of manna. This is true for almost every wondrous event in the Bible. The plagues of Egypt consisted of quite “natural” frogs, gnats, locusts and so on. What was “supernatural” was their unusual juxtaposition with the Lord’s demands, through Moses, that Pharaoh release the Israelites, just as in this case it was linked to divine action by the angels’ words to Abraham and Lot.

However if “natural” means “regularly occurring” (perhaps its only really defensible use in science), then the Sodom event was not “natural”, but instead exceptionally rare and contingent – the meteoric destruction of an inhabited city, as far as I’m aware, is unique in recorded history. The fact that meteorites fall periodically on the earth, ranging in size from a pebble landing in someone’s back yard to cataclysms like the KT event, is no more significant to its uniqueness than the fact that frogs, gnats and locusts may be seen on any afternoon stroll in the relevant parts of the world. That Jesus stilled a storm by his word is not made one whit less miraculous by the fact that every other storm in history has eventually run out of energy.

So once again we see materialist metaphysics masquerading as science, and being given a free pass (or worse still, being ignored by commenters in order to criticize the rest of the article for even mentioning science published by Christians). Rationally speaking, the Christian is absolutely justified in interpreting the science via another, theistic, metaphysic, rather than by the one presented. This is what the Bible itself does, and which I’ve explored myself, not least in the first chapter of God’s Good Earth.

We do not have to argue a case for using that interpretation rather than the other, though we may legitimately argue that it is both internally coherent and has better explanatory power overall. After all, the writer of the article under discussion has not argued for his naturalism either (and in justice ought to be reprimanded for passing it off as science, rather than philosophy of nature). The theist, in fact, has nothing to fear from nature for his theological position – though if he’s working in a scientific profession he may have something to fear from philosophical naturalists in the way they sometimes abuse their political power to silence him. 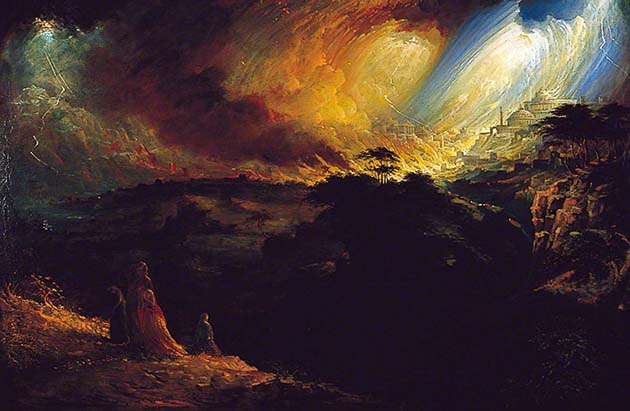 Training in medicine (which was my career), social psychology and theology. Interests in most things, but especially the science-faith interface. The rest of my time, though, is spent writing, playing and recording music.
View all posts by Jon Garvey →
This entry was posted in Creation, Philosophy, Science, Theology of nature. Bookmark the permalink.