I like to keep tabs on Biblical archaeology from time to time, not only because I wanted to be an archaeologist till my Auntie Dorothy put me off by saying they spend all day down a hole, but because it’s fun to see 19th century mythology about the Bible writers slowly being eroded by a steady trickle of confirmatory evidence (by which you can tell that I’m not sympathetic to the archaeological “minimalists” of the last couple of decades).

I suppose it’s not too astonishing that a number of the names of public officials familiar from the Book of Kings have turned up on seals within the ruins of Zedekiah’s Jerusalem palace. More exciting is the now famous Tell Dan Stele found in 1993 that mentions the “House of David” only a century or so after David’s reign, though it was mainstream opinion for a long time that David was as legendary as King Arthur and as ephemeral as Robin Hood. The fact that this has led to re-reading a line of the long-known Moabite stone as a mention of the same “house of David” is interesting too. 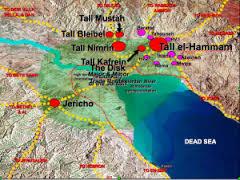 But I’ve only just become aware of several years of digging at Tall el-Hammam in the alluvial fan of the Jordan, 6km north of the Dead Sea in Jordan, and its increasingly obvious match to the description of Sodom given in Genesis.

The site was investigated because close examination of the Biblical data by Christian archaeologist Steve Collins showed it to be a good contender, in an area entirely neglected archaeologically (look at the maps in your Bible!) compared to the arid lands south of the Dead Sea, the favoured site for a century or more. 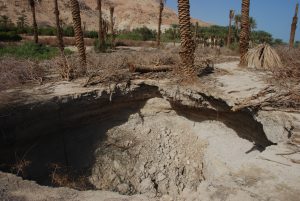 These only match the Genesis descriptions in respect of having bitumen sink-holes, and assume a huge ecological alteration from the time when Lot chose the Cities of the Plain because of their unmatched fertility. As regards sinkholes, that’s a red herring because they occur all round the Dead Sea – my accommodation for an archaeological dig at Ein Gedi to the West, twenty years ago, was changed because somebody fell into one! Only cities deserted centuries before any possible time for Abraham have been found in that area.

But Collins notes that the word for “plain” in Genesis, kikkar, is not the common one and usually means “disk”, which matches the shape of the fertile alluvial outflow of the Jordan into the Dead Sea. Furthermore, Genesis 13 compares it to Egypt (which to an Israelite would mean the fertile delta) or the garden of Eden (which majority opinion places at the delta of the Euphrates from the Genesis 2 data – suggesting that the tradition that Moses, and maybe Lot, preserved had a specific, delta, location in mind for Eden – an interesting thought).

Tall el-Hammam is by far the largest site in the area – but is one of several others, one of which is also large, and the others much smaller. Not controversial is that Tall el-Hammam was destroyed violently around 1700 BC, nor that it was essentially unoccupied for six centuries after that, despite its strategic and agriculturally desirable position. More surprising is that the other sites were destroyed and abandoned in the same way at the same time.

And more controversial also is Collins’ interpretation of an unusually thick ash layer containing smashed mudbrick (unusually separated from the stone foundations for much of the site – quite unlike the situation I found digging mudbrick houses at Ein Gedi), fragments of bone and at least one piece of pottery with a vitrified surface suggesting brief exposure to a very high temperature indeed. There is also an unusually (and toxically) high concentration of dead-sea salts across the site. Collins suggests this would all fit with an air-burst from a comet or asteroid exploding maybe 1km above the ground. If this occurred to the south-east, the whole area, he maintains, could have been salted with toxic chemicals rendering a former bread-basket sterile for a very long time. It’s certainly hard to account, otherwise, for the persistence of these cities from so long beforehand, and the desertion of the whole area for six centuries afterwards, given that it is now very fertile (as a look at Google Earth clearly shows). 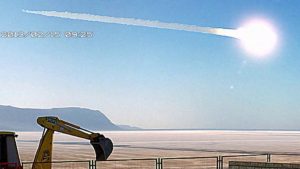 Now, the coincidence of a cosmic catastrophe comparable to the Chelyabinsk meteor of 2013 or the Tunguska comet of 1908 requires further research. But although without inscriptions it will always be impossible to prove that Tall el-Hammam is Sodom, and the other mounds the famous Cities of the Plain, we now have a series of sites that match the Genesis description both of their position and destruction, together with a long period of non-occupation afterwards that would help explain their absence in other ANE sources. If this area does not represent Sodom, Gomorrah, Admah, the twin towns of Zeboim and little Zoar, then they must be twinned with an undiscovered group of cities in the same region. They fit the bill perfectly (the only real objections being from literalists who say the dates don’t match the patriarch’s given ages).

For biblical studies this is quite important, for the story of the Cities of the Plain has, since the nineteenth century, been a poster-child for demonstrating the fictional nature of the whole book of Genesis. Typical is this passage, from a 1977 book on biblical archaeology by Magnus Magnusson, comparing Genesis unfavourably to the legend of Atlantis:

At least in the case of Atlantis there are buried remains on the island of Santorini which might have occasioned the legend, or which the legend was created to explain. But despite strenuous efforts by archaeologists and romantics alike, no trace at all has ever been found of the Biblical cities of the vale of Siddim, either in the ground or under the waters of the Dead Sea.

Magnusson makes great play on how the weird arid landscape of the southern Dead Sea would give rise to imaginative folklore – forgetting (like most people) that Lot chose it because it was the lushest pasture, not because it had weird rock formations that Muslims, millennia later in the light of the Bible, would label as Lot’s wife. One might have thought that the fact that the Minoan civilisation’s disaster in the eruption of Santorini, was unknown apart from legend until digs between 1867 and 1967, would lead to more cautious conclusions about absence of evidence. But if one wants to believe Genesis to be a magical fable – despite its rather prosaically biographical patriarchal history and the absence of such a fabulous genre in the ANE – then that will become a baseline fact, as it has for critical biblical scholarship in general.

One would expect a general revision of attitudes with the finding of an eminently plausible archaeological site which, moreover, appears to confirm at least the bare, but spectacular, outline of the Bible account. Genesis seems to present a broadly factual account. But in my reading around the reponse to the dig, I find that one of the “minimalist” archaeologists, who hitherto insisted that Sodom and Gomorrah were the stuff of myth, responded to the findings by interpreting Genesis as an aetiological tale. In other words, it was written long after the events to put a theological spin on a genuine disaster of some sort. If it’s not one kind of fiction, it must be another.

At one level, of course, that is true. Even if we grant the accuracy of the narrative as an eyewitness account, Abraham and Lot interpreted the fall of Sodom as a work of God’s judgement, rather than as a natural asteroid strike. All narratives are aetiological in that sense – without a meaning there is no story, just an event. Granting the truth of Lot’s escape they could, perhaps, have (a) believed it was a natural event, but that God saves those who believe in him or (b) that the mysterious angelic visitors had some kind of premonitory knowledge of a natural event – maybe they were aliens who were tracking an asteroid with telescopes. Anything’s possible.

But the fact is that everybody in that age who became aware of the destruction of Sodom would have assumed it was a divine act of some kind, because that was the only reason such things happened. There were no natural causes apart from divine action (and do we have any real evidence that there are now?). Contempories would have said, “Have you heard what Hadad (or El-Elyon, or whatever deity they or the Sodomites worshipped) did to the Cities of the Plain?” It would certainly have been an unusual judgement, and even shepherds with no prophetic gift whatever would have suggested their own reasons for the gods to be so profoundly offended.

For that very reason, there was absolutely no reason for the writer of Genesis to “explain” it aetiologically long after the event. Any event could and would be interpreted as the act of your god – a victory in battle, a defeat in battle, a famine, a bumper harvest. Faith was maintained then, as it is now, by attributing the key events of ones own life to the providence of God, not by looking into the past for disasters elsewhere to explain away by your theology. They were never unexplained whilst the gods were believed to be active.

The only reason to invent an explanatory tale was if the events impacted your interests in some way. And the only reason Sodom’s fate would interest the people of Abraham, based in Canaan, is if one of them – Lot for example – was personally involved. And if he was personally involved, and escaped (to father both the Ammonites and Moabites, as the author of Genesis believed), then the true story of his escape would be a much better reason to record the events and give them theological meaning, than some desire to spin yarns about the antiquarian past.

A major city in a distant land destroyed by a comet impact now would be attributed to fickle “nature”, the failure of some human agency to predict it and (on the side) sad reflections about the cruelty of the God who doesn’t exist. But it wouldn’t get into your family history project. In 1700BC, such a strike would be attributed to the judgement of the city by its god, for whatever exemplary reason. But it still wouldn’t get into your family history.

But if such an event were associated with an angelic visitor predicting it after prophesying the imminent birth of your long awaited heir, and consulting with you about the extent of the judgement – and if such an event were associated with the providential rescue of your nephew from the doomed city in the nick of time by those same visitors – then I think you might well consider it worth writing down for posterity. Don’t you?

4 Responses to Sodom and aetiological tales