Creation on a cigarette packet

One of the biggest, and least addressed, issues I have with purveyors of “Evolutionary Creation” such as BioLogos is their total refusal to examine the profound difference between theistic evolution as mere Deistic naturalism and as a truly creative tool of the God of love, despite the charges of “semi-deism” and “statistical deism” being made repeatedly by serious TE thinkers like R J Russell. No amount of “evolutionary basics” or testimonies of Creationists who have seen the scientific light are going to address that.

Take, for example, the most recent news roundup on BioLogos. One of its half dozen or so stories is this:

An article on First Things explains some of the philosophical criticisms of Intelligent Design, offering insightful thoughts such as, “If an omnipotent God has created nature, one must ask why one should not then posit nature as capable of causing natural events on its own steam rather than requiring intervention.”

Now The Hump’s own author Eddie Robinson pointed out the subsequent rebuttal of that piece in First Things, and the misrepresentation it made of ID to the ridiculous extent of accusing it of occasionalism – which term at least you’ll understand if you’ve kept up your reading here.

For myself, I posted a challenge (unanswered, as I’ve long come to expect) about just how “insightful” the quoted thought actually is. I pointed out that it is the selfsame argument with which the deist Gottfried Leibniz mocked the theist Isaac Newton’s God:

“According to their doctrine, God Almighty wants to wind up his watch from time to time: otherwise it would cease to move. He had not, it seems, sufficient foresight to make it a perpetual motion.”

“And as those men, who pretend that in an earthly government things may go on perfectly well without the king himself ordering or disposing of any thing, may reasonably be suspected that they would like very well to set the king aside: so, whosoever contends, that the beings of the world can go on without the continual direction of God…his doctrine does in effect tend to exclude God out of the world.”

That remains true. But I want to unpack what’s happened during this transfer of the “incompetent God” argument from Leibniz to “evolutionary creation,” so called. There were two important presuppositions in Enlightenment Deism. The first was a clockwork universe of particles in motion, which was scientifically deterministic. The second, less obviously, was an inherited assumption of Genesis literalism. God had worked with vast creative wisdom to create the universe around us which, operating on rational laws, he could then leave to self-govern knowing that his purposes would all be fulfilled. If the Laplacian demon traced back the motions of matter to their source, he’d arrive at a universe as rich and diverse as our own, and less sinful – the primordial creation.

Darwin’s theory, we should note, was born into this orderly worldview. His “one or a few original forms” presupposed a complete original creation into which God could fit them comfortably. Determinism meant that evolution was a lawlike process which would inevitably tend towards increasing perfection. It was that kind of teleological certainty that attracted Christians like Asa Gray to accept it, and to hold it to be compatible with orthodox doctrine including Genesis, understood figuratively.

Scientific determinism is no longer tenable, and so the substance behind Leibniz’s jibe at Newton is dead. Apart from the general impossibility of God’s foreordaining every event deistically because of chaos and quantum considerations, physicist Rob Sheldon has argued against it on algorithmic grounds here. Sheldon, though, has accidentally (if charitably) done something to Theistic Evolutionists that the First Things article (less charitably) did to IDists – he has misconstrued their position. Sheldon assumes, justifiably since TEs are predominantly supposed to be Christians, that they have a similar view to Leibniz in proposing a front-loaded Universe, ie that God is clever enough to fulfil his specific purposes through the initial laws and conditions of the Creation. He proves pretty adequately that this is not intrinsically any more possible than God’s creating a square triangle.

But as close students of the theistic evolution literature will know (sadly there are all too few such students, which may explain the continued acceptance of contemporary theistic evolution in Evangelical circles), although Leibniz’s slogan has been retained as a central argument for TE, its content has been radically altered to make a virtue of indeterminism, as I’ve pointed out extensively over recent years. So God cannot frontload the Universe to determine the existence of Homo sapiens, let alone Mother Theresa or Charles Darwin, but that’s a good thing because it allows for surprise, innovation and most of all freedom from the dead hand of design (yes folks, even God’s designs would be dull and stultifying without the amphetamine of contingency).

A month or two ago I highlighted Karl Giberson’s backtracking on the buzz-word “freedom” which he, like other TEs, glorifies, and admitting it only really means “chance.” So when First Things or BioLogos talk about the God who is too competent to act after the initial creation, what they really mean is that he leaves it to chance – or perhaps to speak more charitably, he builds chance into nature in the knowledge that his laws and initial conditions will produce … well, a bunch of stuff he didn’t particularly expect or plan. This, ladies and gentlemen, is considered the mark of his omnipotence, as opposed to his actual government of the events and forms of nature. It’s a rum teaching for Christians to offer. In fact, it is directly contradictory to Christian creation and providence doctrine, though it accords perfectly with materialism after the Big Bang. In practical terms, it makes Carl Sagan’s mission statement that the Cosmos alone was in the beginning, is now and ever shall be, Amen, pretty unexceptionable.

To demonstrate that I want to focus now on those events before the Big Bang, because they don’t in the end actually add that much to Carl Sagan’s statement. Remember I said that Creation, in the Deism of Leibniz and Co., still meant a pretty big deal. God’s hands were very much on when the heavens, the earth, and all that is in them were created. God made a remarkable, but contra Newton, self-winding watch which he could then keep his hands off, to the astonishment of his gentleman friends, no doubt, as they had to wind theirs most days.

Subsequent physics and cosmology have changed that picture. For the inital creation, now, on the basic standard model, consisted of a singularity, a small number of physical laws, and a few extremely finely tuned fundamental constants that you could count with your fingers. Ignoring speculations about the Multiverse, it was from these few simple constituents, materialists believe, that all things arose.

The actual information content of the fundamental laws and constants of physics is remarkably small – that’s why they are laws and constants rather than a mass of data. I dare say that even this highly-contingent post contains far more semantic information than those fundamentals. It’s pretty clever and elegant how they are put together, of course, to allow even the possibility of all our richly contingent world. But given omniscience, working out the minimum necessary laws and fine-tuning the constants is, for God, a back-of-the-envelope task. He could do it over coffee, and have the production model working on his desk by lunchtime. The rest, assuming the BioLogos creed that both divine competence and creaturely “freedom” means letting the thing alone to create itself, he just left to contingency… that is, luck.

It does, I allow, take a pretty clever God to jot down a half dozen equations and some cosmological constants and have an entire universe result – a God rather along the lines of that bumptious nerd in Stargate Atlantis who takes nearly all day to solve a problem if it requires a new fundamental theory of physics, and rather less if not. But do you really want that guy as your Dad? 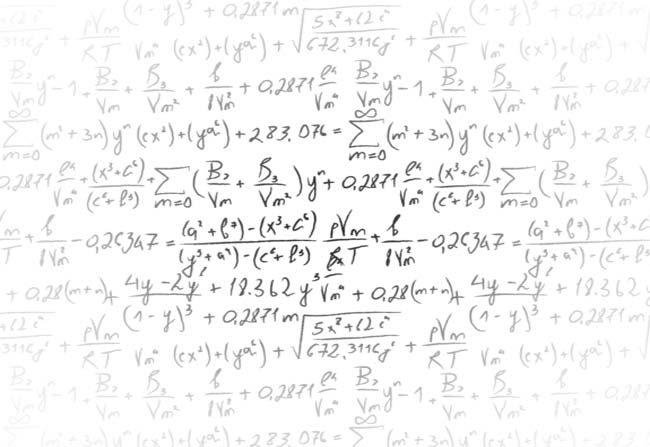 2 Responses to Creation on a cigarette packet