Writing my piece on Bede reminded me that if he can be decribed as a “scientist”, he’s an outlier – though a legitimate one – in the process by which modern science came to be established. There’s beginning to be a good body of literature supporting the even greater body of evidence that natural philosophy developed in the wake of the Christian doctrine of creation, and entails it. This can be found both in older books like that of Stanley Jaki and newer ones like James Hannam’s. In fact an essay of Hannam’s on his website includes my starting point here.

One can glean from such sources that the biblical doctrine of creation overturned some prevalent pagan and philosophical ideas that militated against the investigation of nature. The first was the idea that nature was chaotic – a disconnected series of largely hostile “things” ruled, if at all, by fate and the arbitrary decisions of the gods (who suffered by fate as well). You wouldn’t find much of interest, then, in investigating such a world (and it would have been literally tempting fate).

The second thing was the concept of order that did find its way into classical thought, which was the perfect order of reason, demonstrated in the heavens, whose motions found an imperfect reflection in the destiny of the world below, in whose events they were, of course, astrologically involved. The heavens, then, moved in perfect circles – apprehended, if you were a Pythagorean, through geometry (though you never experienced its perfection with your actual ruler and compass) and music.

Platonic forms too were perfect, so your head ought to be completely spherical, if it hadn’t been cobbled together by the Demiurge who had his plans upside down. The result was that you were more likely to find reality by perfecting your reason and deciding what ought to be, rather than poking around the dirty world – which was, in any case, was slaves’ work beneath the dignity of a high-status philosopher.

Jaki’s book majors on the related idea of the Great Year, when every heavenly body periodically lines up as at the beginning. At that point everything in the cosmos is destroyed before following exactly the same course again – including you, me and the philosophers, all undergoing a cosmic Groundhog Day throughout the eternal existence of the universe. It’s not unlike some older versions of the big-bang, big-crunch theory where the main event is the periodic reversal of the arrow of time – and that’s not surprising because it follows the same philosophical presuppositions of an eternal and purposeless cosmos. But given that all events are just recurring reflections of the planetary motions, scientific investigation is rather pointless. Nothing will change it – even true love.

The Great Year, incidentally, was a popular idea  recovered at the start of the Renaissance, which helped retard the progress of science until a later generation, espousing Christian creation doctrine, rejected it. Giordano Bruno was of the first type, not the second.

Christianity cut through all that with the doctrine that at the head of all things was one rational, loving God. He made the Universe as a creative rational act, and us as creatures reflecting his rationality and so able to appreciate what he has done in creation. Indeed it was not only a joy, but a duty to investigate the world he made for us. The logic of creation doctrine includes at least three elements:

(1) A God of love, reason and order would endue his creation with order too, as both Scripture and even superficial experience showed. So far, so Pythagorean (and indeed a believing scientist like Kepler was heavily influenced by the Pythagorean concept of heavenly order). And so science was, in part, a quest to find the orderly patterns that came to be called scientific laws.

(2) But unlike the Greeks, Christians realised that the order of the cosmos was not a necessary order – the only way that the perfection of reason could mainfest itself in Greek thought – but contingent. God, in his holiness, was not capricious or arbitrary, but he was free to make whatever he liked, not bound to make what suited mathematical perfection. Heads are not spherical, because God preferred to make them as they are. Much of what he made is mysterious – even dangerous or deadly. But as Job taught, God rejoiced in those very things – the ostrich has a life demonstrating God’s wisdom – but somehow shown through its stupidity and carelessness. The crocodile and hippo have a motley selection of armaments and lethally unfriendly temperaments, but they have a place in God’s joyful creativity because he chose that they should. Much of creation, then, was surprising, but all was good – the only way one was going to begin to understand it, though, was by investigating what is there, rather than reasoning about what ought to be there.

(3) Briefly, the third thing is that time, and events, are not cyclical but moving unidirectionally towards the purpose God has set for the end of time. All things therefore have purposes within that great purpose, which might be worth investigating in themselves for God’s glory, but equally (as per Francis Bacon) might be harnessed for human utility.

And so we have in place the bones of a scientific programme, and it depends on Christian teachings and, therefore, ultimately on the existence of the Christian God, or one very like him. Who else will make the patterns of law, who govern the contingency, and who create time and final causes? And who endow humans with reliable reason and sufficient powers to perceive what is in nature?

And so we can see the emphasis on order in the work of someone like Newton. We can, however, see the emphasis on contingency in Linnaeus’ classification of living species, which form, as it were, the same kind of intelligent, broken patterns that make up great art.

At this point let me draw attention to the fact that this is the very opposite of a design apologetic, worthwhile though that might be in an age that has largely returned to the science-stopping old ideas of materialistic purposelessness. Rather, because God is who he is, we know nature is what it is, and we know that we too possess godlike rationality to think God’s thoughts after him, to his greater glory. It is, as an increasing number of thinkers are starting to realise, a far more coherent system of justification for science than materialism could ever be. And, in passing, it is what the Classical Providential Naturalism of The Hump is about.

My main concern today is to focus in on the “contingent” aspect of creation which, remember, has to be directly investigated because God could have done things any number of other ways. Early science of this type has been compared to art criticism, which is not unfair, but probably downplays how scientific it can be. Linnaeus’s classification, for example, demonstrates in detail a contingent order, whether seen as it was intended, a demonstration of God’s thought-patterns, or as it is used now, to suggest evolutionary relatedness.

Contingency, in that context, is about God’s freedom do make what he likes, not (as the word is more often used now) about chance. “Contingency” is simply the opposite of “necessity”. To early Christian scientists, it would of course include chance, but always under God’s governing providence. And though they had no mathematical statistics, they understood something of random contingency – a tree can fall any way (though more often away from the prevailing wind): the fact that a dice is fair entails that the numbers turn up equally often (though God or the devil may well determine who wins).

Contingency also covered “reasons unknown”. And the more out of the ordinary the event, and the more purposeful, the more likely it was to be attributed to God’s freedom than to chance. For example, in my post on Bede I mentioned his recording the local variations in tides, unexplained by the orderly pattern of lunar attraction he had found. I don’t think he suggests any hypotheses about these, but we can be pretty certain he would (a) not attribute them to chance, because there was obviously some kind of pattern involved, albeit too complex to understand and (b) would not attribute them to divine intervention or “contingent” creation, since there appeared no particular function for them. So my guess is that he would believe some other natural cause or causes would explain them, could they be found.

On the other hand, in his Ecclesiastical History he lists a number of miracles, including one from his own circle in which someone falling from scaffolding was healed through prayer. This is a rare (in fact, generally unknown) event, with the clear function of restoring life and health. God’s hand in it is clear. Miracles are one thing, but my point is to show that this worldview saw all things as God’s work, but kept apart those which resulted from natural patterns like the mysterious dragging effect of the Moon on the tides, and those which resulted from God’s free choices. The distinction is basically that between different aspects of God’s nature – “law” shows his reason and immutability, and “contingency” his sovereign freedom. These two things arise from the Doctrine of Creation, as applied to the broadly scientific enterprise, and both are essential to it.

It would be detrimental to that doctrine to subsume one to the other, for example by suggesting that there was a hidden law of nature responsible for all the contingency we see around. That would imply that the divine contingency is illusory, merely being a law-like outcome that might recur come the next Great Year. The whole point of such contingency is that is demonstrates God’s independence of natural law.

It would be equally derogatory to God’s creation to put contingency down to chance, for that too would be more like the old Greek idea of an eternal universe of atoms colliding randomly than the freedom of God to express his holiness and will through particularity.

I suggest, then, that the kind of theistic evolution that reduces evolution to a process that plays out from basic laws would not appeal to those who began the scientific enterprise. There’s order in it, indeed, but it’s too Pythagorean to leave much room for God’s creative liberty.

I’ve mentioned Simon Conway Morris’s convergent evolution recently, and its support from such TEs. It says, in essence, that the universe is set up in such a lawlike way that, whichever route evolution travels, it will end up in more or less the same places. A Linnaeus would see in that the denial of his whole purpose in study – the planned, abundant, diversity of God’s creative genius.

The plausibility, or otherwise, of this is the province of ID: do the facts suggest the high probabilities of chance, or the low, but ordered, probabilities of choice? But it is the same kind of ID practised unconsciously by those like Bede, distinguishing common-or-garden chance from purposeful organisation. One might use a coin toss to decide who starts a foorball match – but one would not use a lightning strike. God may use brownian motion to assemble a biological structure, but probably not the energy from a fire-whirl or the grinding of hens’ teeth.

Whatever the plausibility of entirely law-based evolution, however, the theology of it seems to me to lose an entire half of the original Christian scientific impetus – that we examine the world not just to find God’s laws, but to discover his free choices. The default position for investigating organised and functional contingency is “choice”, not “chance.” 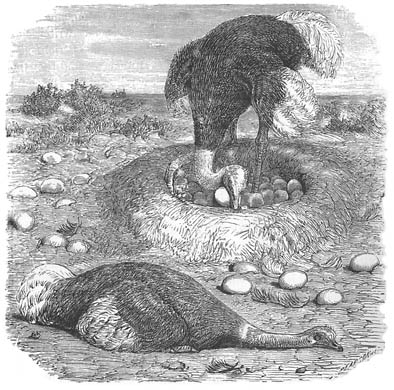