Dr Arthur Jones’ brief visit to The Hump’s comments reminded me that it may have been he, back in the 1980s, who first introduced me to the concept of worldviews. Amongst other useful stuff on his website there is a pithy description of “worldview” as the spectacles behind our eyes with which we view the world. Because we look through them, we generally don’t look at them, and more often we’re not even aware that we have such a pair of specs. It’s like vocal accents – I speak ordinary English, you have a strange American drawl/ plummy British dialect. This has obvious implications in the matter of education, but it goes wider.

By way of current example, a headline in the Independent today says:

Although there was a range of reaction in the comments, the story was only newsworthy at all because of a cluster of more or less invisible, and not particularly rational, worldview commitments that have become part of the British psyche.

Japanese whaling is only a genuine issue because most countries have long had a moratorium on whaling for conservation reasons, and Japan has flouted/circumvented it on various good or bad grounds – nevertheless, conservation of endangered species is what it’s about, and though the article harks back to that, it has nothing directly to do with it.

Incidentally, I can’t forbear to mention that it was Arthur Jones who recounted the illogical materialism of a New Scientist editorial back in the eighties, which waxed polemical over the fact that the moral imperative of conservation should trump Japan’s tradition, culture and even national sovereignty over whaling. Jones pointed out that the New Scientist espouses a theory of purposeless and unplanned evolution that functions through the extinction of 99% of all species that have ever existed, in which morality is a mere epiphenomenon. Worldviews need not be internally consistent…

Back at the news story, the factors I can think of that explain why it was printed include:

The punchline of the Independent story is that these kids are actually from a town whose economy has depended on whaling for generations. They’re watching what their Dads do for a living, and what they will probably do. Incidentally, whatever the merits of the whaling ban, the likely alternative to their watching whales butchered is watching their community die – a story that I doubt would be covered here as “foreign unemployment” doesn’t figure large in the western worldview.

Christianity has a particular issue with worldviews. Old Testament Israel was called to be “a nation apart”, and the whole “holiness” principle of torah reinforced that. One can, of course, trace a common ANE culture in the Bible, but from Moses to Ezra, and even to the Pharisees, the revealed worldview of God’s law was maintained through separation, and of course by the comprehensive education and enculturation programme indicated by Deuteronomy 11.18-20:

Fix these words of mine in your hearts and minds; tie them as symbols on your hands and bind them on your foreheads. Teach them to your children, talking about them when you sit at home and when you walk along the road, when you lie down and when you get up. Write them on the doorframes of your houses and on your gates.

Christianity, however, soon became a directly missionary, universal faith, calling those of all cultures not to separation, but to leavening and seasoning their existing cultures. The faith challenges and critiques all competing worldviews – believers are to be “in the world, but not of it.” They are “Not to conform to the pattern of this world, but transformed by the renewing of their minds.” That’s a significant challenge when worldviews are so invisible and pervasive. It can only come through imbibing a better and stronger worldview than the native Greek, or English, or American one we grew up with before we knew Christ.

The New Testament says relatively little about recognising faulty worldview commitments – maybe surprising given that its mission is to draw people from all cultures into one holy nation acting as salt and light in the world. Nevertheless the Church soon became recognised as that nation – early critics of Christianity referred to it as a “third race” after pagans and Jews.

The Church needed to be, and was, equipped with powerful means of retaining its sacred identity in the absence of a theocratic nation-state like Israel. Paul, writer of that last quote from Romans 12, goes on to talk about the varied teaching ministries of the Church (for some reason he omits the guild of secular academic theologians).

In ch8 Paul had talked about the gift of the Holy Spirit, whose main function is to set our hearts on the things God wants. But that is not a passive guarantee that our worldview will be Christian – we are to keep in step with the Spirit, having an obligation to put to death the misdeeds of the body. A dichotomy within ourselves is presented to us.

Paul has also just given us one of the most concentrated doses of Christian thought in the New Testament in the first 11 chapters. He intended it to be part of that renewing of mind for which he called. We also have not only the deposit of the Old Testament on which Israel was to mould its faith, but the New Testament, presumably given for a similar task, but specifically for those scattered across the many nations and cultures of the world.

And to me that’s the main function of the Bible – not just to act as just as a source of conscious truths (I leave aside the view that one must pick through it for occasional pearls of wisdom amongst the human dross – see here), but instead as the conceptual medium in which one swims, soaking up its worldview as you go in an appropriately unconscious way.

Stretching the metaphor a bit, one soon begins to notice that most of the people around you are swimming in some other current, or even that you’re being pulled in opposite directions at once. The conflict comes with the territory, and makes one somewhat unusual in actually recognising your own worldview, by dint of the contrast. As Blaise Pascal wrote:

When all is equally agitated, nothing appears to be agitated, as in a ship. When all tend to debauchery, none appears to do so. He who stops draws attention to the excess of others, like a fixed point. The licentious tell men of orderly lives that they stray from nature’s path, while they themselves follow it; as people in a ship think those move who are on the shore. On all sides the language is similar. We must have a fixed point in order to judge. The harbour decides for those who are in a ship; but where shall we find a harbour in morality?

Not in a secular education system, that’s for sure. 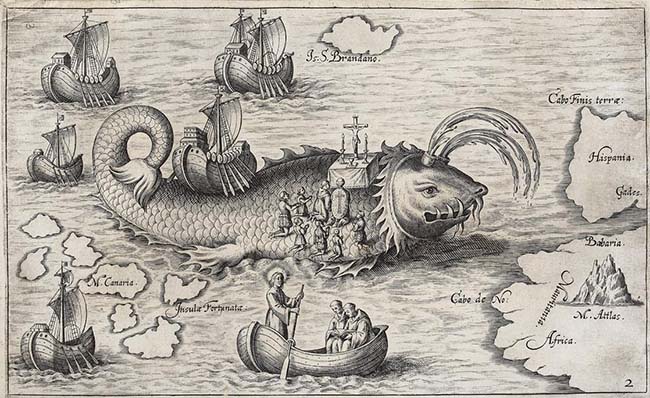 Training in medicine (which was my career), social psychology and theology. Interests in most things, but especially the science-faith interface. The rest of my time, though, is spent writing, playing and recording music.
View all posts by Jon Garvey →
This entry was posted in Philosophy, Politics and sociology, Theology. Bookmark the permalink.

3 Responses to On worldviews