My old school as worldview

Commenting on the last post, Merv has raised a truly excellent analogy – which is actually a direct comparison – to the diffence between our own way of seeing the world (whether Christian or secular) and that of the Bible and other ancient sources.He uses the idea of a poem, which a (particularly obtuse!) materialist would see merely as a physical artifact:

I had a little letter full of paper
Inky scratches everywhere

(to quote the Incredible String Band). Whereas what matters most is the poem, or the scientific theory, or whatever else the writing signifies.

In my reply to Merv I related that to the deliberate sidelining of final (purposive) and formal (informational) causation by science, and suggested that the Bible writers would have looked at the physical world as we would look at the physical medium of literature – as necessary, but hardly central. 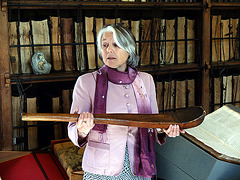 I have an anecdotal illustration of this. My old school has a couple of claims to fame. The first is that its pupils are cited in the first mention of cricket in the world, from a court case of 1598, when a witness remembered boys in around 1550 engaging in “crecket and other plaies” on common land.

The second is that it has a rare chained library, largely donated by an early Protestant bishop when the school was new in King Edward VI’s time, and containing a number of very rare printed books. Because printed books were so expensive at first, libraries chained them to the shelves (the titles were written on the pages, which faced out, rather than on the spines). At one stage the school had an original Caxton edition, but that was lost in an earlier and impoverished age when the books were kept under the floorboards… 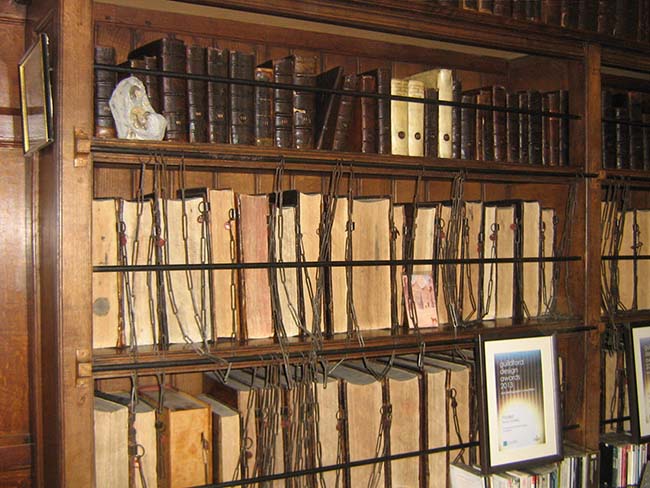 Anyway, when I was at school a view of the library was a rare (and under-appreciated) treat. So at some stage in the late eighties, having acquired an interest in ancient books (that’s another story) I decided to go back with my wife, view the old school and examine the library, now kept in the headmaster’s study.

The school secretary was most helpful in facilitating this, and accompanied us as I pored over some of the tomes, which were largely theology from the Reformation and before (good for me!), in English and Latin (not so good for me!). What was interesting was that the secretary was inordinately pleased that someone was interested in the books for what they actually said, because although visitors to the library were not infrequent, most of them were interested in the history of printing, or of binding, or (I suppose) of chains.

And we’d all agree that that’s very important, interesting and worthy – but rather misses the point of what books are for. 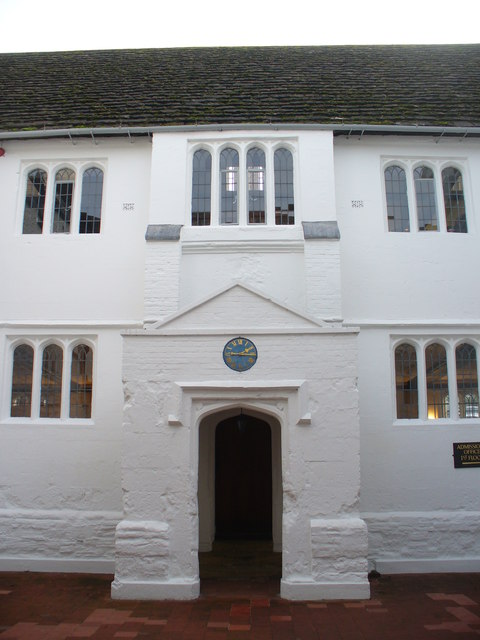 1 Response to My old school as worldview