The Designer revealed by his ways

Argon (an occasional poster here in the past) made an ironic, but serious, point over on the Methodological Naturalism thread at Biologos.

After talking about a result in his own protein modelling research that seems to fall midway between the predictions of “chance” and “design” (whilst favouring neither), he concludes that God has a sense of humour – or, more seriously, that deliberate ambiguity is built into the Creation:

It is highly improbable that a designer would leave ambiguous, non-objectively discernible marks on its creation. Similarly, it is improbable that a purely natural, designer-less universe would leave ambiguous marks behind. Considering the great difficulty in demonstrating the existence or non-existence of a designer throughout the ages, this leaves one to conclude: The universe was designed so as to make the certainty of a designer completely indeterminable.

God has deliberately created the improbable, it seems! In my response to Joshua Swamidass’s 100 Year Old Tree Challenge I dispute the idea that God has deliberately hidden himself in the natural world, given that in revealed Scripture the Holy Spirit draws attention to the self-evidence of divine activity behind Creation, and blames mankind for deliberately blinding themselves to it in their way of life. The vast majority of human beings in the world’s history have attributed the world to intelligent design – it’s only in western science and culture since the Renaissance (which picked up germs of the idea from some ancient Greek philosophers) that the question has been in any real doubt. 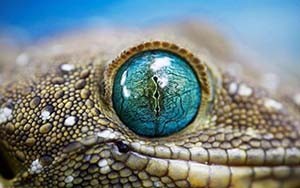 But the “properly basic” intuition of divine power and wisdom in the design of the world around us is undoubtedly diluted by the appearance of lack of design in detailed investigations like Argon’s protein modification sites or his other example, the mass of the Higg’s boson. When I read his comment, I had already been musing on that general issue with reference to random mutations, genetic drift, junk DNA, broken genes inherited, apparently, from ape ancestors and so on.

We see this raised as a problem in the general form of the arguments skeptics use to deny the role of God in evolution, which also seems persuasive to some TEs. “True, the gross features of organisms seem to point to wonderful design. But when we look in detail, not only do we find a plausible mechanism based on chance and necessity, but we find waste, error and clutter pervading the whole process which no intelligent designer would tolerate. Ergo, it is a blind process (so either there is no God, or he’s created an autonomous process that stumbles on unsupervised).”

Now to some extent (as I have pointed out elsewhere) this view depends on an adaptationist interpretation of creation: that if a feature is not to the clear advantage of the organism it cannot be designed. But God, in fact, has designed the whole cosmos as an interacting unity: even an obvious weakness in the individual or species may be a benefit for the whole – science cannot comment on that, since it has eschewed the study of final causation. And yet even conventional science observes some of this wider picture, for example in this article suggesting how errors in gene expression might, in time, lead to increased robustness and “evolvability” and therefore be an essential component of the survival and diversification of life. In a comparable way the “curse” of viruses may, according to some theorists, also be one of the major sources of genetic diversity.

But here I want to use a more theological approach (assuming the orthodox classical Christianity on which The Hump draws). One of the criticisms of design inferences is that we might easily draw wrong conclusions by assuming “the designer” to have the same approach as a human designer. Insofar as it is valid, this argument of course also undercuts the claim that “an intelligent designer wouldn’t do it that way”, because we cannot know that to be the case.

But instead we can start not from assumptions drawn from human design, but from what has always been known to Christian theology about other parts of reality which are under the designing control of God – that is, history and human affairs, in the form of special providence. Now although it has become common, under the influence of the Enlightenment’s false “natural/supernatural” dichotomy, to regard providence as an only occasional intervention by God at most, the biblical picture (echoed by classical theologians such as Aquinas and the Reformers) is that God directs all things towards his goals, ie that history and even individual human affairs are working out his purposes. As Proverbs 16.9 says:

The mind of man plans his way, But the LORD directs his steps.

There are numerous instances of this in the Bible, which I have frequently instanced in the past, so I won’t rehearse them here. The point is, though, that not only in daily life, but in the Scripture’s narrative exposition of the doctrine in its history, God’s providential design is seen to be both mysterious and apparently very messy. William Cowper, a sufferer from pathological depression, was keenly aware of this when he wrote: 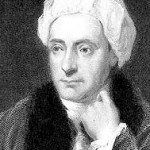 Behind a frowning providence
He hides a smiling face.
His purposes will ripen fast,
Unfolding every hour;
The bud may have a bitter taste,
But sweet will be the flower.

If I didn’t know Cowper’s own particular burdens, I’d contest whether God’s providence is best defined as “frowning”, given for example Paul’s appeal to the Lystrans to remember how God has:

“…not left himself without testimony: He has shown kindness by giving you rain from heaven and crops in their seasons; he provides you with plenty of food and fills your hearts with joy.”

Yet the universally experienced fact is that, like Argon’s ambiguously designed/undesigned scientific data, providence does not show a clear and easily understood unfolding of the divine plan, whether in world affairs or individual lives, but an apparent muddle which only reveals its pattern over time, and to those willing to see it.

In part this stems, no doubt, from the prevalence in human affairs of that wild-card, human choice – and corrupted human choice at that. Without that, I suppose Genesis 2 would have flowed smoothly into Revelation 22. But as the Proverbs quote shows, even human will is not exempt from divine providence.

But the confusion of providence also, according to Scripture, stems from the fact that God’s secret purposes are just that – secret, and they are that partly because they are intrinsically beyond our comprehension, and partly because to know them would not be good for us. We can’t see why, in Jesus’s Olivet discourse, the “wars and rumours of war” “must” come before the end. Israelites at the end of Solomon’s reign couldn’t see why a rebellious turn of events was “from the Lord” in order permanently to divide the United Monarchy – or even why that division should be part of God’s historical purpose anyway.

In the New Testament, Paul saw clearly that God desired him to go to Rome and testify to the gospel before Caesar, yet instead of simply procuring a ticket and seeking an audience (providentially granted, like Esther’s before King Ahasuerus), he had to face a barrage of prophecies warning him that troubles awaited, arrest, prolonged trials and imprisonment in Judaea, and eventually a calamitous shipwreck after a Jonah-like storm which, nevertheless, bore every evidence of God’s providential oversight.

“Did this man, or his parents, sin that he should be born blind?” Asked Jesus’s disciples. “Neither,” replied the Lord, “but in order that the works of God might be displayed in him.” There is a clear claim of design in that statement, but also an ocean of mystery and – to be frank – messy loose ends, if we are judging God’s ways by human standards.

In fact, many do so judge the matter, insisting that a good God could not possibly deliberately organise things so that a man was born blind (and what about all the others born blind whom Jesus has not healed?). Amongst those who can’t accept God’s design in providence, though it is clearly integral to the biblical worldview, are the Open Theists, who are certain that for God to be moral (is “morality” any more a divine category than “legality”?), humans must be fully autonomous even if it means God must be ignorant, or impotent. He cannot control history, or it would be less unjust, and less bloody, and humans would in any case not be free.

It may be no coincidence that Open Theism gained such a foothold in Evolutionary Creation, or that Evolutionary Creation based on “open process” proved so attractive to Open Theists. Whichever way round it was, the reasoning might be the same: evolution, like history, is too messy and apparently jerry-built to be under the designing control of the kind of God “we” believe in – one who is always loving, and always (like Jesus) approachable and comprehensible to human reason and morality.

This line of argument ought not to wash with those of Reformed or other more traditional persuasions. Providence is indeed real, universal and infallibly moving history towards the goals God sets. But because of God’s hiddenness – which is more to do with his incomprehensibility and his desire to keep his own counsel in some things than a desire to appear “optional” to mankind – we always anticipate life to be surprising, sometimes troublesome and deeply mysterious, even in the light of gospel knowledge. To such a theology, any loose ends or ambiguity in biology, and especially evolution, are not to be wondered at in the least – they are “exactly what the theory predicts”.

Argon’s ambivalent results, therefore, would not be properly seen as God counterposing signs of design with equal and opposite signs of non-design, but rather as consistent with providence in general, in balancing God’s self-revelation with the secret counsel of his final causes. The inference from design is therefore real, properly basic and a true mark of general revelation. The complication and messiness behind that design is also real, and also a mark of God’s revelation, at least in Scripture, that all things are not revealed to human eyes.

The secret things belong to the Lord our God, but the things revealed belong to us and to our children forever, that we may follow all the words of this law (Deut 29.29).

4 Responses to The Designer revealed by his ways