Wittgenstein on science as one tool in the box

Jay Johnson, over at BioLogos (though he posts here too) pointed me to the work of Ludwig Wittgenstein in relation to science and its limits, a subject opened up by Joshua Swamidass’s airing of the issue over the last month or two. I’ve not read Wittgenstein, except in quotations regarding his dense analytical work on language, and suspect I would mostly find myself out of my analytic depth if I did.

But his thinking on scientism, apparently a core concern of his, fits into a stream of ideas I’ve followed over the last couple of years via the work of Arthur Eddington, Michael Polanyi and others. Jay points to a summary article here, which I commend.

Jay’s remark arose in the context of an exchange I had with the pseudonymic Benjamin Kirk, in which I had tried, as subtly as I could, to point out that Evolutionary Creation ought to have an agenda that is much wider than science, in a way that Intelligent Design does not pretend to be (or pretends not to be, according to your position on it). Predictably, in response I got a critique of my argument in the form of reducing it to a “testable hypothesis” by ignoring most of it and purporting to refute it (by saying it was false – if that’s what “falsification” means in science!).

The Wittgenstein article sums up what I had tried to say in a couple of extracts:

Scientific understanding is given through the construction and testing of hypotheses and theories; philosophical understanding, on the other hand, is resolutely non-theoretical. What we are after in philosophy is “the understanding that consists in seeing connections.”

What I want to emphasise here is partly a reiteration of what I wrote in this recent post: that the self-imposed limitations of scientific methodology make it a far more modest pursuit than is usually realised, especially by scientists. Specifically, even those Christians in science who accept its limitations very often fail to appreciate just how, if treated seriously, they dethrone science from its supreme position as, in effect, the state religion of western civilisation. Jay at BioLogos gave a quote from Wittgenstein that shows not only the philosopher’s own position, but the way he perceives scientism to be not so much a common vice, as the prevailing zeitgeist of his society – and no less ours a century later: 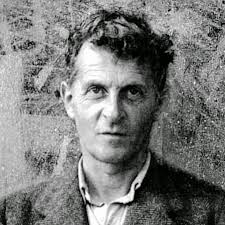 “The whole modern conception of the world is founded on the illusion that the so-called laws of nature are the explanation of natural phenomena. … Thus people today stop at the laws of nature, treating them as something inviolable, just as God and Fate were treated in past ages. And indeed both are right and both wrong. The view of the ancients is, however, decidedly clearer in that they acknowledge a clear terminus, while the modern system would make it look as if it explained everything.” (Tractatus 6.371 & 6.372)

Now, I’ve written before on the problematic nature of scientific laws, for example here. But I want to build some thoughts on the first sentence of this quote: “the illusion that the so-called laws of nature are the explanation of natural phenomena…”

Apart from the point that the laws (if we continue to express the regularities of nature in “legal” terms) are actually only descriptive generalisations, and start to look conceptually fuzzy when we see them as prescriptive rules, they are in fact manifestly incomplete even as descriptions of natural phenomena. I stress this because the tendency is to draw the boundaries around science in terms of its being the activity concerned with these natural phenomena. Science is the study of the material realm, it is said, and the other worthy disciplines study those things beyond. The Wittgenstein article seems somewhat to assume this division in its description of what questions science cannot approach:

These include questions about love, art, history, culture, music – all questions, in fact, that relate to the attempt to understand ourselves better.

But there are countless questions about even the material realm which are beyond methodological naturalism too. In the column containing my BioLogos exchange with Jay, I mention the questions of formal and final causation, excluded by science (which methodologically restricts causation to material efficient causes). To the Christian (and one thinks specifically of the self-identified proponent of Evolutionary Creation) these are of fundamental importance.

To use a human analogy, when we think of Michaelangelo’s David we think first of its aesthetic effect, and then of the thought and meaning that the artist intended. We recognise the supreme artistic and technical skill involved, but one of the last things in most viewer’s minds is the exact design of the tools he used, the order in which he brought David out of the marble, whether he used assistants or even (as far as most of us are concerned) the exact quarry from which the stone came (which was apparently ascertained scientifically when vandalism made a sample available for analysis – perhaps an apt example of science picking up only the dog-ends of the matter in hand).

So too the physical world has purposes and meanings, which as Bacon realised are far too complex and particular for science to consider, but which are nonetheless real. Solomon, writing by the Holy Spirit, made the ant our standard for industry – the mediaeval bestiaries made an industry of the allegorical meanings of beasts. And though that was not scientific, was it not a legitimate use of the world? Robert Bruce legendarily persisted in his apparently hopeless campaign because of the tenacity of a spider in weaving its broken web. Jesus is truly represented as the Lamb of God. And every day we learn the simplicity of unconditional friendship from our dogs.

But the matter is far more physical than just metaphor. The Scripture, as I detail here, has no concept of nature as an autonomous realm apart from God, in which he may interfere or not, but rather as the instrument by which he sovereignly governs the world. It’s not a question of whether God meddles in nature – rather that nature is what he habitually does. Whatever mode of divine action one proposes (and there are many biblical indicators for some form of concurrence, rather than occasionalism, and virtually none at all for mere conservationism), the biblical picture of the natural world is of an instrument in God’s hands.

Now, broadly there are three manners in which God is described as acting in the physical realm. The first is regularly and reproducibly – the area which we describe nowadays in terms of natural law (though Aristotle or Aquinas would have used the category of “natures”).

But in the other two he acts contingently, either by miracle, or by the continual providential guidance of non-lawlike events which, colloquially or scientifically, we refer to as “chance”.

Modern science differed from Greek natural philosophy largely in this matter of contingency. To a Greek like Pythagoras, the world operates on necessary rational principles, except that in its imperfection it falls short of them. You would therefore find out more by rational consideration of those principles in your armchair than by wasting time examining the imperfections of the present realm empirically.

Christian natural philosophers, on the other hand, needed to account for two theological principles: God’s faithfulness, and his freedom. Reason could discern and begin to comprehend “God’s laws”. But observation was necessary to discover God’s choices. But although this latter led to fruitful results like the Linnaean taxonomy (and many other examples of early science’s passion for listing and classification), a little consideration will show that recording contingencies is a fundamentally different process from discerning laws, as I discussed here.

This truth is somewhat concealed by the modern use of statistics to discern lawlike patterns in what are, individually, “chance” (ie unpredictable) events. I looked at that way back in 2012 in discussing James Clerk Maxwell, the pioneer of statistical laws. In that piece, I cited the theological basis that Maxwell ascribed to his methodology:

Would it not be more profound and feasible to determine the general constraints within which the deity must act than to track each event the divine will enacts?

What this really means, from a theistic viewpoint like Maxwell’s, is that whilst scientists can explore the statistical patterns of God’s individual actions, science actually has nothing to say about chance events, as such, at all, except to profess ignorance and dump them in a non-scientific category called “random” or “stochastic”. It’s the equivalent, really, of a scientist’s ability to recognise that some voluntary human action has disturbed the result of his experiment, and to have to discount the experiment as “error” with neither the ability nor the interest to explain it fully – what does science care if the cleaner unplugged the instrument to polish the floor?

So science, as far as theory goes, is exclusively the study of the repeatable – which is an elementary truism. Historically, the recording of bare facts was as important because God’s contingent acts were as important as his laws, but we seem now to be in an age where data without the discernment of a lawlike-pattern behind it is of little interest. That, of course, is the main rationale for discounting evidence that does not fit a current theory as “anomalous” – it is not worthy of note in its own right, but only in relation to law.

Science, then, is properly the study of God’s regularities (after the manner of Tom Gilson’s “methodological regularism”), and very worthwhile it is in that regard too, both in terms of intellectual and theological wonder, and practical application.

But that leaves, absolutely within nature but outside science, all aspects of contingency, from human choice to what the atheist will call “chance”, but the Christian scientist, like Maxwell, ought to consider as “divine choice”. But science cannot speak to the principles or particularities behind either category. To say “X happens by chance” is simply to say “X lies beyond science [in God’s providence].” And that’s before we get to all the non-material aspects of creation, including angels, supernatural “powers and principalities”, and minds.

That is profoundly liberating for theology, to the extent it has been in thrall to scientistic pretentions to “own” the whole natural order, but profoundly humbling to science. And that, sadly, means that the conclusion is unlikely to gain much traction in the popular world of ideas, or even in the columns of BioLogos. For I identify strongly with Jay’s quote from Wittgenstein:

“My type of thinking is not wanted in this present age. I have to swim so strongly against the tide.”