Is natural selection science (or philosophy)?

I intervened on one of the many current threads about Intelligent Design at BioLogos yesterday in response to the oft-repeated claim that evolution is not random because natural selection is not random. I suggested that, as per my last post, part of the rational limitation of science ought to be the recognition that it can only construct theories about repeatable regularities, whereas it can merely observe and list the contingent – and natural selection is firmly in the latter category.

If science is the study of the repeatable, what makes natural selection any more a scientific process, than is contingent history – which is as much as to say a product of providence?

That it drew considered responses from Merv Bitkofer, Sy Garte and GD (all Hump persons, of course) did not surprise me – but it also more interestingly received a “like” from Joshua Swamidass.

Let me expand my thinking here. Natural selection is not random in the ontological sense of “arbitrary”, because it has causes. But science does not (when properly handled) deal in ontological randomness anyway: only in epistemological randomness – that humans cannot discern the causes of some process enough to predict its outcomes. “Chance”, in science, means only “causes unknowable.” And since the causes of natural selection are not knowable in advance, they are by the proper scientific definition random. So what kind of definition can see selection as “non-random”?  Clearly only a definition from outside the methodology of science.

In this way, I suggested, natural selection is directly comparable to human history. There are so many contingencies involved in human affairs that no human can predict even the immediate future confidently. Merv helpfully cited the example of “psychohistory” in Isaac Asimov’s sci-fi “Foundation Trilogy” (though I must modestly claim priority in this application from 2013). History is intrinsically about contingencies, which is why attempts to create scientific theories of history have failed, and failed on a grand scale too, if one considers overarching theories of history like that of “scientific” Marxism with its baleful effects on the world. And that is why history is not considered a science, but a humanity.

This is not altered by the fact that historians can, after the event, unpick the causes of historical events, and even enumerate those that are common. In the first place, such

studies seldom produce any repeatable principles which predict future outcomes. To this end, in a subsequent BioLogos comment I pointed out that even some apparently incontrovertible historical truth, like “The Allies inevitably won World War II because they possessed atomic weapons and used them first,” was almost immediately rendered unrepeatable by the nuclear race with its doctrine of Mutually Assured Destruction. The whole Cold War was waged on the basis that having the Bomb and using it first would decidely not guarantee victory.

In real life, of course, no single factor is usually so overwhelmingly decisive as unilaterally available nuclear weaponry. Even in retrospect historians can only achieve a best-guess at causes from the limited documentation available to them. Those best guesses are also at the mercy of personal and societal bias. For example, the dominance of Marxism in recent historical academia has tended to blind historians to the possibility of religious motivation, rather than political or economic motivation, for actions in mediaeval times (notably the Crusades – see for example Rodney Stark’s counterblast in God’s Battalions. Even his own biases reinforce the case that history is necessarily the variable human interpretation of contingencies, not the application of scientific principles).

But fallible interpretation is the case, in retrospect, even when such glaringly obvious causes as the dropping of Big Boy and Little Boy are known. It is not impossible that the real cause for Japan’s surrender was some traitor in the Emperor’s court, unrecorded in the available records, who had been undermining the Emperor’s resolve for months before the bomb was (in that scenario unnecessarily) dropped. As for prediction, Oppenheimer could not predict that his bombs would win the war – the Germans were working on nuclear weapons, and who could be sure that the Japanese, benefitting from German expertise, were not at that moment preparing to hit New York before Allied weapons were ready? 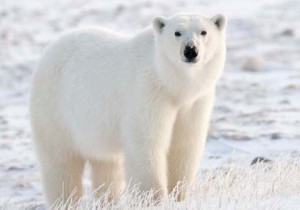 It is certainly very plausible that a stark instance of natural selection like the white fur of polar bears accounts for their success: but we cannot know for sure that other adaptations to cold were not, in fact, more important. And in very few cases is selective advantage as clearcut as that – for every polar bear or Hiroshima there are thousands of species of similar insects in almost identical niches, or skirmishes with thousands of potentially decisive factors.

So there seems little scientific advantage from knowing that there are traits that, given the right contingent circumstances, have been implicated in assisting survival. So what? The historian has known since time immemorial that ambition, technology, feminine wiles, family jealousy, climate change and signs from heaven (2 Samuel 5:24) have all been factors in historical outcomes. They are all true causes, but being irreducible to scientific principle, they are not scientific causes.

I deliberately mentioned miraculous signs (as a marker for God’s activity) because, in the context of natural selection, theistic evolution must consider the role of providence as much as it does in any other aspect of nature. God, in Christian theology, is the Lord of history, and it can never be known in historical events just how the power of God interacted sovereignly with other contingencies to bring about the actual result.

When it comes to the reproducible regularities of true science, this can be ignored, by subsuming it to the faithfulness of God and calling it “law”. But contingency is another matter – and as I argued in the last post, contingency is something that science can only observe, not theorise upon. The scientific category “random” is a bucket into which all contingent causes, including the designs of God, must be thrown perforce because of methodological naturalism’s commitment to only repeatable, material efficient causes.

Natural selection depends on the concept of “evolutionary advantage”. But “advantage” is a value that is not measurable, and is therefore a philosophical, rather than a scientific, category. One can measure speed, or oxygen-carrying capacity, or even the whiteness of fur, and use them to proxy one’s (teleological) value-judgement of advantage.

One can even measure number of offspring, which gets closest to the usual definition of “fitness” as “differential reproduction”. But by reducing the meaning of advantage to that extent, the core distinction of natural selection from mere happenstance is lost. For a gene allele that becomes fixed in the population by neutral drift is somehow not considered to be selected, though it replaces all other variants according to the definition of “fitness”. And if kangaroos were to become extinct because Australia was struck by an asteroid, it would be rather specious to call it an example of non-random natural selection, presumably by seeking to argue that asteroids move in predictable orbits. Surely “fitness” should mean more than “not blasted to kingdom come”.

So, I suggest, “advantage” (and therefore “selection”) cannot be defined scientifically, but only as a philosophical concept tacked on to science. Or at least, if one argues that “evolutionary advantage” can be defined scientifically, then one must concede that it is equally possible to define “the good” in classical philosophy as a scientific category. After all, Plato would say that the pusuit of “the good” makes one “happy” rather than “miserable”, meaning nothing more than that it brings advantage to those who possess it.

In fact, though, since the old philosophers were relatively consistent in stating what virtues always constituted “the good”, and what vices detracted from it, then “the good” is far more rigorously defined than “fitness” has been by scientists, if all the latter means, 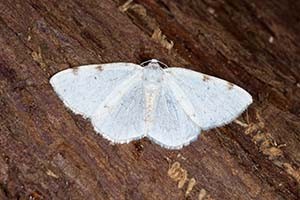 practically speaking, is “reproductive success”: reproduction is, after all, just a numerical result, not a cause of anything. The causes of fitness, unlike the philosophical virtues, are infinitely malleable. Blackness favours industrialised peppered moths, but not polar bears (or even the thousands of insect species that did not acquire melanotic forms even though they rested on sooty trees). Aggression favours chimpanzees, but not their closest relative the bonobo. The only fixed point of definition is survival, and survival, under current knowledge, also results from neutral mutations and sheer dumb luck. It’s Contingency Café.

In summary, the argument is not that natural selection does not happen because God guides it, any more than one argues that there is no such thing as history because God is sovereign over it. But rather, I suggest that because, like history (for natural selection is history, no more nor less) natural selection is contingent, and not lawlike, it belongs outside science. And if one wants, for whatever reason, to retain it under the scientific umbrella, one has to justify why one does not also embrace other contingencies, such as divine choice, under that same umbrella of science.

10 Responses to Is natural selection science (or philosophy)?