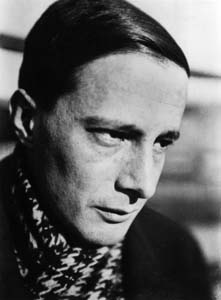 Michael Polanyi was one of the great polymaths of the twentieth century, contributing significantly to chemistry, philosophy, sociology and economics. He was also a devout Christian. His work included a thorough critique of the scientistic positivism of his age (raising its tattered standard again in the populist New Atheism in ours), arguing cogently for a far deeper and broader understanding of epistemology. A friend of Einstein and other great scientists, he wrote usefully on academic freedom too – again apparently foreseeing and warning against the political and ideological restrictions now seen in the research sciences.

I’ve been aware of Polanyi for many years, but never actually read him. But he has things to say that relate to what we’ve been exploring on The Hump in relating science to the orthodox Christian doctrine of creation, and this is summarised in his 1968 essay here.

After reading and chasing links it I became aware of the controversy that led to the closure of the Michael Polanyi Center for Intelligent Design at Baylor in 2000, which episode has all kinds of unpleasant aspects associated with the culture wars over ID, of which I only want to touch on the fact that the heirs of Polanyi objected that he would not have supported Intelligent Design. That’s not of great import in the scheme of things (he was no longer around to ask, after all). But it does make it worth trying to pin down what he did believe, and why – and maybe daring to critique it.

Polanyi’s essay starts with the analogy of machines, pointing out how, though dependent on physics and chemistry, they are not reducible to them. There is a higher order organisation which he describes in terms of “boundary conditions.” This gives machines two separate principles of control: their operating physical laws and their boundary conditions, due to their design. At this point he makes the connection with information using the analogy of language, which contains a number of such heirarchical levels, each with their own “boundary conditions”:

All communications form a machine type of boundary, and these boundaries form a whole hierarchy of consecutive levels of action. A vocabulary sets boundary conditions on the utterance of the spoken voice; a grammar harnesses words to form sentences, and the sentences are shaped into a text which conveys a communication. At all these stages we are interested in the boundaries imposed by a comprehensive restrictive power, rather than in the principles harnessed by them.

Now in effect, Polanyi is describing Aristotelian form (as at least one of his commentators points out), and is making the same correlation of form/boundary conditions with information that I have previously made in discussing formal causation. Life too, he goes on, is under “dual control”; physiology, like the machine’s design, constituting a higher level of organisation not reducible to physics and chemistry. He extends this argument as he examines life in the context of DNA. Like Hubert Yockey then and ID theorists now, he draws on information theory, showing how DNA’s very effectiveness as an information-carrier depends on its not being determined by physics and chemistry. Working on the (now partly outdated) assumption that development, too, is under the control of DNA, analogously to the machine’s engineer, he demonstrates that each organism is the product of a higher-order organisation than that of basic laws, though not conflicting with them. And that organisation, as shown by experiments like the regeneration of embryonic sea-urchins, is a holistic “integrative power”, which he compares to a “field.”

Polanyi extends this idea to a whole system of irreducible heirarchies in living things. He compares the hierarchy of voice, vocabulary, grammar, style and content in spoken communication (none of which is in the least determined by the lower levels), to the levels of the vegetative, active, intelligent and rational (very much as in Aristotle) in life. In each case the higher level cannot be defined by the lower.

How does he envisage the coming into existence of these levels? Essentially, he is an early example of the “emergence” theorists represented in our day by those like Stuart Kauffman, Denis Noble or Michael Denton (and possibly even Simon Conway Morris): that organisms become, by a kind of apprehension of something innate in the natural order, greater than the sum of their parts.

It’s important to understand that to Polanyi this can only take place because of the prior existence of such higher orders in some other realm – in other words, he sees them, though natural, as pointers to a God at least as rational as we are who created the system. By way of illustration, he denies the ability of the natural selection of random variations to produce new boundary conditions. Specifically, he points out (astutely) that though selection itself may be said to be non-random locally, in the sense of being, in effect, an organised environment acting (in philosophical terms) teleologically on random variations to produce further adaptation, this situation changes when evolution is viewed globally. This is because the environment itself is varying randomly (through climate change, vulcanism asteroid strikes etc): random mutation plus random environment cannot possibly consistently produce higher levels of organisation, and certainly not the overarching trajectory of life.

So although he is working in the realm of science, this is also a philosophically-based and theologically-charged view of life. How does it differ from Intelligent Design, then? I would argue that it is actually quite compatible with the basic tenets of ID, in that it postulates a finely-tuned natural system in which the “boundary-conditions” that emerge point to a Creator who has at least these attributes, just as cosmic fine-tuning does.

But it differs from most ID in being concerned with levels of operation rather than with specific designs – if you like, God must be a communicator to enable all the levels of language to which Polanyi refers, but didn’t write the book himself. Accordingly organisms that “plug in” to a higher level of organisation evolve “freely” at that level. So the Creator creates nothing individually (including man presumably), and no particular room is left for providence: it’s an essentially Deistic system. And this is my problem with Polanyi: for some reason he seeks a naturalistic, if ultimately Christian, solution, even though he never got more specific in suggesting how these “boundary conditions” might be written into nature, and even though to this day such emergent powers have not been found, nor do they show any great signs of being found.

In fact, there is recent work to suggest that a distinction Polanyi himself makes between inanimate systems of “boundary conditions” in geology, geography, and astronomy (which, he says, do not constitute “dual control”) and living systems (which do) cannot be breached in nature – ie that there is a profound difference between self-ordering and self-organisation, between a snow-flake and a bacterium.

Had he wished, Polanyi would have found an alternative model at hand. As I’ve said his “boundary conditions” are closely related to Aristotelian form, and he had the whole tradition of Thomist creation doctrine (amongst other historical streams) on which to draw to allow for God’s bridging of the boundaries he found in nature. After all, such activity would follow on naturally from his analogies: a machine has an engineer, and a speech an orator, so why not living organisms a Creator? His God was that of the Bible, after all, (though he was not a literalist or inerrantist):

Only a Christian who stands in the service of his faith can understand Christian theology and only he can enter into the religious meaning of the Bible. Theology and the Bible together form the context of worship and must be understood in their bearing on it… (Personal Knowledge, p281)

The Bible makes the same “engineering” and “authoring” analogies overtly in its pictures of God the potter and the Lord who creates by his word – indeed, even by Christ, his Logos. Why, then, did Polyani opt for an imprecise and speculative process of emergence as God’s means of creating life?

Well, in the first place his ideas arose originally from Gestalt psychological theory, in which emergence is prominent (having its roots in Enlightenmenet thinkers like Hume, Goethe and Kant). It appears to me he may have also been influenced theologically by the prevalent “mere conservationism” I mentioned in my previous post, and also by the modernist scientific and theological zeitgeist (he was for a long time a fan of Paul Tillich), and particularly by its supreme self-confidence that Neodarwinian evolution had done and dusted the question of life. The theological decision towards conservationism, as I said in the last article, predisposes one to Deism and naturalism: indeed, it makes any divine action problematic scientifically and even morally. On the science side, note a couple of passages in his essay related to mechanisms:

In the light of the current theory of evolution, the codelike structure of DNA must be assumed to have come about by a sequence of chance variations established by natural selection….

…But there does exist a rather different continuity between life and inanimate nature. For the beginnings of life do not sharply differ from their purely physical-chemical antecedents. One can reconcile this continuity with the irreducibility of living things by recalling the analogous case of inanimate artifacts. Take the irreducibility of machines; no animal can produce a machine, but some animals can make primitive tools, and their use of these tools may be hardly distinguishable from the mere use of the animal’s limbs.

The first paragraph here assumes that the origin of DNA is not problematic for evolution: yet it is that very achievement which led Eugene Koonin to propose the many-worlds multiverse as the only  way of lessening the impossible odds to something more realistic, and which led the father of information theory in evolution, Hubert Yockey, to consider the origins of DNA as a code to be scientifically intractable in principle.

Similarly the second paragraph (perhaps Polanyi was misled, like so many modern students, by the Miller-Urey experiments) takes the origin of life to be a simple chemical step from spontaneously formed amino acids to a simple LUCA. I wonder how he’d have responded to the case made in Stephen Meyer’s Signature in the Cell?

I suggest that taking away these easy assumptions about OOL and evolution’s simplicity leaves one in dire need of a miracle. Dispensing with mere conservationism makes such a miracle – or even lesser acts of providence – unproblematic theologically. I’ve no idea if those are steps Polanyi would have been willing to take in different circumstances. But I do raise them as throughly plausible alternatives to what I see as the weak points in what, overall, is Polyani’s very strong case for theism against materialism.