The 9th chapter of Being as Communion is important (in my view) because it brings his ideas into conjunction with two apparently disparate thinkers: the atheist philosopher Thomas Nagel and the Christian palaeontologist Simon Conway Morris, neither of whom are of course associated with IDM.

He starts by acknowledging that Christians (like him) have varying views on the degree of God’s intervention in nature (notice that’s a question about how he achieves his ends, not whether he does), so that the nature of nature is still a matter for Christian inquiry.

He says this to show that there is significant (though “limited”) common ground with the approach of Thomas Nagel, who in Mind and Cosmos suggests the existence of what he calles “teleological laws” in nature. Dembski admits that on first reading he dismissed this as the usual undeliverably vague concepts of “emergence” found in other writers (as did I), but in correspondence Nagel pointed him to an article by John Hawthorne and Daniel Nolan that informed his ideas, and Dembski realised they correlated closely to his own informational approach.

Nagel’s suggested laws operate apart from (rather than arising from, as in emergence) the accepted physical laws, ie they are primary elements of existence. Conventional physical laws he sees as non-deterministic enough to allow for these other laws to have contingent outcomes, that are nevertheless directed to favouring certain things rather than others. In this way nature would overcome what both Nagel and Dembski regard as the extreme improbabilities involved in, particularly, the existence and variety of life.

D. sees that this can be expressed usefully according to his informational approach. To him, natural laws are just special examples of probability matrices (see the last post): if such a law is deterministic, the probability is expressed as “1” or “0”. Nagel’s laws would, similarly, be matrices with a different probability distribution. Without such laws, or probability matrices, the “search” for an outcome using the known laws of physics is random and, in many cases, hugely unlikely to succeed. With the laws the probabilities are greatly increased.

To put it another way, “teleological law” is the same concept as “directed search”, only expressed in the latter way it can be explored mathematically. From my own viewpoint, I find Dembski’s way of visualising it more helpful, for the same reason I am drawn to Aristotle’s explanation of patterns in the world in terms of “natures” rather than “laws”. “Laws”, whether teleological or as conventional as Boyle’s Law, require some abstract existence “out there”. A probability distribution, however, can belong to the nature of all gases, as in Boyle’s law, or of living things, or DNA, in the case of teleological laws.

Nagel considers it would be in theory empirically possible to distinguish the effects of his teleological laws from conscious divine intervention, should such exist. Dembski the mathematician doubts this, unless one were to say that God acts completely arbitrarily, for which there are no grounds:

But it’s not clear that advocating one form of teleology over the other in such cases would constitute anything more than a metaphysical preference. A supernatural interventionist teleology … could act consistently with certain policies, norms or directives.

I’d agree with that – we’ve had too many examples of it in the evolutionary literature, with dubious theological claims about what God would or would not do being made not only by theistic evolutionists across the board, but as mainstream arguments for unguided evolution from people as diverse as Theodosius Dobzhansky and Richard Dawkins.

But Dembski and Nagel seem to be united on this: teleology itself ought to be distinguishable from the outcomes of ateleological natural laws, and that on the basis of probability.

As he closes this interesting chapter, Dembski also has a long footnote on Simon Conway Morris, whose theory of convergent evolution is, it appears, the only qualification to Darwinian unguided evolution that BioLogos and its allies have so far embraced with enthusiasm. They seem to have missed, or downplayed, the fact that Conway Morris believes in hitherto uncharacterised teleological laws to power his theory – evolution he sees as inherently teleological. These “laws of convergence” Conway Morris sharply distinguishes from “supernatural teleology”, which he says is less able to explain evolution – note again that dubious “natural” v “supernatural” dichotomy, whose roots (as I showed in this post) are set deep in materialist metaphysics. Dembski’s own assessment, however, is that as with Nagel’s model, supernatural teleology cannot be ruled out empirically:

Could they not equally characterize a supernatural intervening teleology that acts (according to certain policies, norms, or directives) to implement certain patterns consistently, such as a directive to bring about in animals a pair of eyes (camera or compound) for viewing light within a certain spectrum?

He’s not saying, “God is really working supernaturally rather than through teleological laws”: his argument is that the difference between law and divine custom would be formally indistinguishable – and perhaps, as our friend GD here might point out – it might even be presumptuous to insist that God must use one or the other, and he might even use both. Both imply divine purpose and a corresponding end-result. They are no more capable of being finally decided by observation than the choice between divine concurrence, and occasionalism in the hands of an orderly God. The big theological issue, as ever, is not how God creates, but what God creates – specific outcomes, or just vague principles. 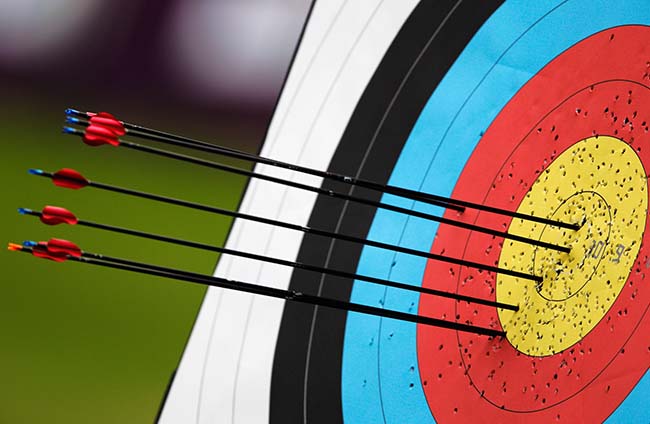