Dembski on Intelligence and Nature

In the next couple of chapters of Being as Communion William Dembski gives a fairly standard introduction to information theory, which is unremarkable but reminds me how many people who decry the relevance of information in life have failed to read anything about it. It’s as good a place to start as any. But he then goes on, in chapter 8, to a more individual discussion of the relationship of intelligence to nature.

He quotes information theorist Douglas Robertson who writes: “the defining characteristic of intelligent agents [ie teleological causes that act for an end or purpose] is their ability to create and communicate information.”

Building on this, Dembski goes on to suggest what follows from the creation of the cosmos by God:

If nature is the act of a creative intelligence [for example, if “God created the heavens and the earth”] then nature is a form of information and nature’s operations may be regarded as intelligent and teleological. Nature’s intelligence would in that case be a derived intelligence.

This would be comparable to our computers whose “intelligence” derives from our intelligent programming. He points for support to those theorists who literally regard the universe as a computer (including Roger Penrose). This idea is fundamentally different from a materialist view of nature, in which the primacy of matter makes intelligence (ie teleology) only a by-product, or even an epiphenomenon, of matter, thus minimising its role.

For the refutation of this, he says, the strategy of acting on the assumption that there are indeed only material causes and then showing their inadequacy for some phenomenon of nature is one way – perhaps the only way – of evidencing teleology empirically. He cites the use of this method by Robert Shapiro and Paul Davies on the origin of life, as well as Thomas Nagel’s use of it in philosophy, and Antony Flew’s persuasion of its force in his abandonment of atheism.

One reason he gives for the low acceptance of such arguments in academia generally is one close to my own theological heart – the distinction (which Dembski terms “pernicious”) between “nature” and “design”. But he approaches this metaphysically rather than theologically, by referring back to its origin in Aristotle.

Aristotle, as is well known, regarded all nature as teleological, the final cause being, logically, the first and most important cause of any change whatsoever. He distinguished “nature” from “design” as a way of differentiating the inherent teleology in nature from the external teleology imposed by human beings on nature. The classic example was the innate tendency of acorns to form oaks, contrasted with the lack of any tendency in wood to form ships apart from the boatbuilder’s art.

Redefined under materialism, though, this distinction becomes a contrast between design/teleology and nature/ateleology, thus eradicating the whole concept of information from nature definitionally, even though to Aristotle nature actually meant inherent teleology. Of course in the Christian Aristotelianism of the scholastic philosophers, that implied a teleology derived from its Creator – in biblical terms, the information was originally “spoken” into nature as nature itself was spoken into being by God.

Following the logic of materialism (as in Darwinism) there can be no inherent teleology in matter, for outcomes (information) arise de novo and ateleologically from matter, by chance. Teleology, then, is always external to entities – “accidents” in Aristotelian terms. The tendency of an acorn to become an oak is therefore imposed externally on its chemical components by evolution, as in Aristotle’s “design” category, rather than being inherent to its God-given nature. The difference from human design is only that the boat-builder (or watchmaker) is blind rather than intelligent.

It’s rather ironic to me, then, how often TEs (including some Aristotelians) will whistle up Aristotle’s distinction to accuse intelligent design of mechanistic thinking. But a couple of diagrams will show how I see the different arguments:

The latter model is directly derived from the early modern science of those like Robert Boyle, who even called it “the mechanical philosophy”, though he exempted living things from it, recognising their teleological attributes as a direct work of God. As Dembski says, Boyle deliberately opted for such a system on religious grounds, not wishing to admit any idolatrous “creative” agents to nature apart from God himself. But to atheistic materialists now nature has become the only (if imbecilic) god, and to many theists it is no longer “God’s machine”, but has been given autonomy from God as a kind of Demiurge, though given its diverse forms by contingency rather than by intelligence.

Dembski points to the “textbook definition” of intelligent design from the book The Design of Life: “the study of patterns in nature that are best explained as the product of intelligence,” intelligence being further defined as “any cause, agent, or process that achieves an end or goal by employing suitable means or instruments.” He draws attention to the compatibility of this with the derived intelligence of a creation having inherent teleology, and adds (in response to accusations of “engineering” thought by critics like Ed Feser or Stephen Talbott):

…intelligent design advocates, myself included, haven’t always been as clear as we might in our use of design terminology, not clearly distinguishing external design from intelligence or teleology more generally.

That, I think, is a significant clarifying (or refining) statement. At the same time, of course, the existence of natural teleology is, as it always has been, a strong pointer to considering an intelligent First Cause, so God can never be entirely out of the design question, though as atheist Thomas Nagel’s work shows, his existence isn’t necessarily entailed by it.

My own, theological, objection to separating “nature” and “design” is simply that Scripture does not consider nature as independent of God, but as his agent, intimately indwelt by him. Free process theologians, in contrast, regard the autonomy of nature from God to be a moral imperative, lest he be seen as “coercive”. You’ll perhaps agree with me that Dembski’s non-materialist vision of nature (as in my first diagram) is more conducive to my view: God’s information (his word of power) suffuses creation, which is imbued with his own (derived) intelligence and purpose. That seems to me more close to the biblical picture than “the mechanical philosophy.” 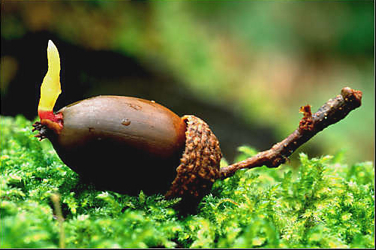 6 Responses to Dembski on Intelligence and Nature