Evolution was first presented as a theory of biology, but soon become the definitive way of thinking about every conceivable process involving time. In a real sense, it’s our culture’s “theory (or metatheory) of everything”, so that it’s not unfair to label the predominant worldview of the West, and not just of some atheist subset of positivists, as “Evolutionism”. Let me demonstrate this from both academic and popular sources, mixed indiscriminately. 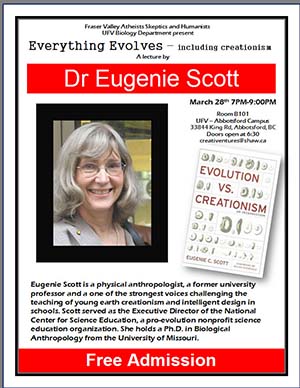 If we consider the scientific, it’s not only life that has evolved but the atmosphere, the oceans and the earth itself. But astronomically evolution is considered the key also to the solar system, stars, galaxies, and the universe. Even multiverses evolve, in one way in Lee Smolin’s theory, and in quite another in the many-worlds interpretation of quantum theory , where the evolution of the wave function leads to the evolution of multiple worlds. Examples, can be multiplied, it seems, in proportion to the number of subjects science covers.

In the human world, though, it’s the same. Society and culture, of course, evolve, and so do the languages they speak. But lest we think only in terms of long-term quasi-biological concepts of language, then even designed and commercial languages, such as computer programs, fit the evolutionary mould. The same is true of other human constructs like money – a whole series of Reith lectures was given over to “evolutionary economics” a year or two ago . Evolution-talk is so pervasive that it doesn’t seem strange even to talk about the evolution of a marriage.

Now, somewhere lurking behind this is, without doubt, a metaphysical agenda of weakening the ideas of choice and design, making even hard-won improvements to the design of aeroplanes, cars or vacuum cleaners appear as some kind of natural and ultimately materialistic law rather than the intentional work of people or the Creator. But whatever the reason, evolution underpins our thought-system as much as, or more than, the Great Chain of Being did that of an earlier age.

I was set off on this train of thought by a chance remark by Roger Sawtelle in a reply to GD on BioLogos (odd – I got a disciplinary e-mail for posting a reply to a commenter instead of to the author the last time I posted on there. The rules must be evolving in real time, though theistically). Roger happened to mention in passing that “science evolves”, which simple observation triggered in me all the thoughts above, but also got me to wondering if science really has evolved, in the sense of seeing itself in the way that modern, rather than nineteenth century, evolutionary theory would picture it. For evolution itself has evolved greatly in the last 150 years.

The Spencerian philosophical cast which capitalised upon and popularised Darwin’s theory, leading to the “evolutionistic” worldview outlined above, was that life, originally primitive, simple and crude, would be progressively honed by variation and natural selection, so that without any inbuilt teleology it would come, at last, to perfection. Civilized Western man, of course, was the current culmination of that age-old law, but it was fully anticipated that nothing could turn the tide of progress back in life’s course, any more than it was conceivable that the white races might, contra Darwin in Descent of Man, be replaced by primitive Aboriginals rather than the reverse. Evolution was a law of history, as Marxism overtly claimed in politics – an important example I seem to have missed out in my initial exposition.

Now, the science of the time was, conceptually, in tune with that philosophy. Go back in time, and human knowledge becomes more crude, primitive and erroneous. Go forward in time and science will be seen to become purer, stronger and more perfect. That is the law of progress, and it applies to science in a linear manner. Science is always self-correcting, always developing, and ultimately complete. Now it sees through a glass darkly, but then it will see face to face.

The trouble is that, as evolutionary theory has developed, it has become clear that biology has no truck with any such philosophical principle of inevitable progress. I’ve touched on that in a number of posts here, but it’s hardly controversial. Neo-catastrophism has replaced the near-religious adherence to uniformitarian principles – the dinosaurs were replaced by mammals not because the latter were superior, but because they just happened to be better at surviving asteroid strikes through being smaller and less successful.

Yet recent research has shown that even whilst the dinosaurs lived, mammals were as diverse as they are now, rather than being (as previously believed) basic forms hiding in burrows out of the way of reptiles. In fact, it has become abundantly clear that though there have, in retrospect, been historical trends in life’s history, ancient species were neither simpler nor less adapted than those living today. Dinosaurs were warm-blooded and feathered. Trilobite eyes were optically perfect. LUCA was at least as complex as a modern cell. DNA was a near-optimal semiotic code back in the Precambrian.

Even if we ignore the currently popular and profoundly un-progressive doctrine of neutral evolution, adaptation is now realised to be nothing to do with progress towards some ideal perfection, and all about getting by as best one can in the environment that happens to prevail at the time.

Variations, we are told, don’t succeed because they’re “better”, but because they suit their environment. If the circumstances make it reproductively advantageous to atrophy your brain and become a sessile polyp, then that’s evolutionary success. Barnacles are jerry-built because their environment militates against over-engineered solutions. It’s quite likely that your most interesting features are spandrels. If your genome keeps you alive, it doesn’t matter that it’s increasingly piggy-backed and full of junk.

I’m not sure whether all those “me-too” fields of endeavour that have jumped on the evolution bandwagon have kept up with this later concept of what evolution is, and is not. People expect, not always correctly it is true, that Windows evolves to be better, and that marriages don’t evolve by means of uxoricide. Evolutionary design algorithms aren’t expected to come up with massively inefficient components that do just enough to get by. “Neutral drift economics” doesn’t have much traction. But one might expect that science itself would keep itself up to date on the theory. So what would a 21st century view of science, more consistent with evolutionary theory as it now exists, look like?

The first error to jettison would be the mostly unrecognised independence from environmental influence that drove the original Darwinian theory. “Progress” was so integral to nineteenth century thought that, in practice, it outweighed the selective character of the environment. The hidden idea, I guess, was that the whole biosphere was becoming better and better adapted to the environment, seen as a fixed “target”, and that is the reason one could map it to a constant scale of progress. The evolutionary truth, however, is that the environment keeps changing haphazardly, and organisms struggle to keep up with it however they can. If a species is perfectly adapted to its environment, it may the next day become perfectly non-adapted because the environment has altered. The course of evolution, like relativity, can no longer be measured on a fixed scale.

Science, though, has traditionally seen itself as following some invisible path to an ultimate objective truth (another inexplicably fixed scale in despite of the relativistic universe), quite regardless of science’s environmental setting in Western culture. This is a completely un-evolutionary view. Targets are definitionally teleological. Science can no more be separated from its transient cultural environment than organisms can be seen in isolation from their physical one – or if it can, an entirely new principle will have to be defined. The only view you get from nowhere is – nothing.

A more evolutionary approach to science would be to recognise that theories survive to the exact extent that they are well adapted to the culture in which they arise – a culture which is only influenced by science to the kind of degree that natural environments are by the species that dwell in them, ie relatively little. Most of the influence is the other way: environment moulds phenotype, not the reverse. If science truly does evolve, then it is not particularly likely to be in the direction of increasing truth (if that could ever be defined without reference to a thoroughly teleological view of success tied to social context), but in whatever direction ongoing sociological acceptability dictates.

Now such a modern view is entirely consistent with the evidence on a number of fronts. In the first place, it’s consistent with the findings of the philosophy and sociology of science over a number of decades, which have uncovered both the theory-laden nature of science and its underpinning non-scientific assumptions. But even apart from that it’s clear that science follows changes in social mores closely – in Darwin’s time and up until the Second World War, for example, views on racial inequality were widely shared in both society and science. It is no coincidence that, following the Holocaust and the Civil Rights movements, biology too now minimises the reality of race even as an entity, let alone as a marker of evolutionary progress. 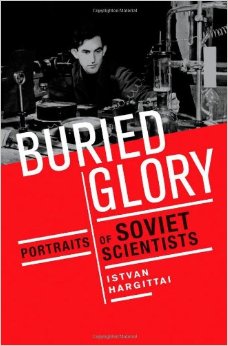 Consistent with that, one can track the fortunes of scientific traditions by the parallel fortunes of their host-cultures. In the nineteenth century German science, with its specific character and approach, led the world, especially in biology. The World Wars cut it off in its prime (and even Einstein might have disappeared into oblivion but for the efforts of Arthur Eddington, inspired by his pacifist Quakerism, to have his ideas heard despite the First War). Russian Science, again with its own character, lost influence here because of the Iron Curtain, and has fared no better than Germany’s since that fell. Loss of interest in French language and culture, in the same way, means that there are few modern equivalents to Lavoisier, Buffon, Larmarck, Cuvier, Pasteur or Curie.

It seems a rather depressing picture, but if evolution is, as is claimed, a universal principle, then one ought not to make any exceptions for the science that studies it, and one ought to keep ones evolutionary model up to date. If evolution has no plan or purpose, and is solely to be judged on the fitness of its products to survive, then that must apply to everything that evolves.

Alternatively, and perhaps necessarily if science is to survive, one must abandon evolutionism and say that, by the criteria of current evolutionary theory, there are many things – including science – that do not evolve at all, but change under some entirely different principle. In fact, reviewing the long list with which I started this piece, there is very little that does truly evolve, if biological evolution be taken as the template. The trouble is that you then have to start admitting teleology – real, intelligent, teleology – into any process with which you wish to associate “progress”, since modern evolutionary theory doesn’t do progress.

That won’t happen yet, because Western liberal society, the intellectual “environment” of science, is still romantically wedded to the idea of inevitable progress. Even in biology. Some maladaptation to environment is involved there, methinks. 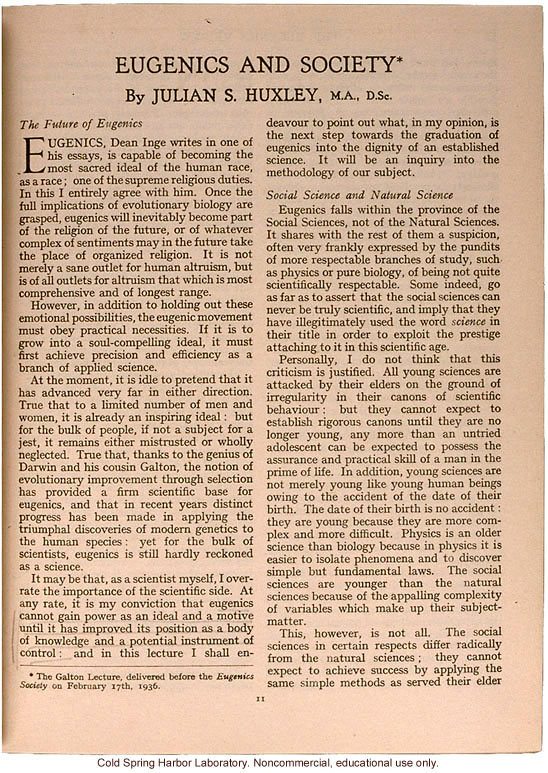 10 Responses to Unexpected stasis in evolutionism